A new vaccine for defective administration appointments? lessons from two recent decisions in the high court

In keeping with the general theme of this 'new year', the insolvency division of the English High Court started 2021 in much the same way as it finished off 2020.

It followed up its landmark judgment in Re Tokenhouse VB Limited [2020] EWHC 3171 (Ch) (Tokenhouse) with a decision in the case of Re NMUL Realisations Limited [2021] EWHC 94 (Ch) (NMUL), in ruling that failure to comply with procedural notice provisions did not invalidate the appointment of the administrators.

Taken together, these cases help in providing clarity for insolvency practitioners, in both England and Scotland, on the impact of a failure to properly comply with service requirements for Notices of Intention to Appoint (NOI) in the context of administration appointments.

In brief, while such a failure is a defect, it will not necessarily render the subsequent appointment a nullity and administrators will be able to apply to the Courts for discretionary relief.

In deciding on the first issue of whether the failure to provide NOI invalidated the appointment, the Court looked to the intentions of Parliament that lay behind the notice requirements in the Act. When considering Parliament's intentions the Court decided that the failure to serve the NOI on the QFCH should be treated not as a fundamental breach, but instead is better framed as a procedural irregularity capable of being cured.

In reaching that decision, the Court considered that to treat the breach as fatal to the appointment validity would be a disproportionate result when compared to the prejudice caused by the breach. The Court added that invalidating the appointment could adversely affect the company’s ability to achieve the purposes it would have been likely to achieve had the appointment been valid.

The Court also specifically referenced a number of other legislative provisions and rules which support the lighter treatment of a procedural irregularity as compared with a fundamental breach. In particular:

Taken together, the Court considered it within its power to hold that the appointment was valid, notwithstanding the procedural defect. Of course, it then fell to be determined whether justice demanded that the QFCH be permitted to appoint its own choice of administrators, which it would have had the power to do but for the directors' failure to serve the NOI. On the particular facts in Tokenhouse, the Court did decide that would be justifiable and granted leave for the QFCH to appoint new administrators.

This decision was revisited recently in the case of NMUL, which ultimately followed the reasoning and decision in Tokenhouse.

In NMUL, a QFCH had appointed administrators (Appointing QFCH) through the out-of-court administration process. However, the Appointing QFCH did not serve an NOI on any other party. Crucially, this was on the basis that it appeared, from the charges register at Companies House, that there were no other QFCHs that would need to be notified.

It subsequently transpired, after the appointment of administrators, that there was in fact a prior QFCH (Prior QFCH), whose security was inaccurately marked as satisfied at Companies House. The Appointing QFCH had therefore breached paragraph 15 of Schedule B1 of the Act, having failed to give the Prior QFCH the required two business days' notice NOI.

Realising the error, the Appointing QFCH applied to the High Court for an order that the appointment was valid in spite of the breach.

In line with the decision handed down in Tokenhouse, the Court decided that this failure of notice should be treated as an irregularity, which could be cured by the Court under rule 12.64 of the IR 2016 without causing any substantial injustice. It was noted in particular, with reference to previous authorities, that:

The appointment in NMUL was therefore upheld as valid despite the lack of notice.

Though both Tokenhouse and NMUL are English High Court cases, it seems likely that the reasoning in both would be highly persuasive in Scottish courts.

Under the new Scottish insolvency rules, specifically rules 1.56 and 1.57 of The Insolvency (Scotland) (Company Voluntary Arrangements and Administration) Rules 2018, the Scottish courts have at their disposal the direct equivalent to rules 12.64 IR 2016 and CPR 3.10 that were relied on in these English cases.

Further, the judges in Tokenhouse and NMUL have framed the main purpose of an NOI as the start of an inexorable process towards administration. They stress that the purpose of the notice to a QFCH is not to allow the QFCH to stop the administration, but rather is to give them time to consider appointing their own administrators. In this sense, the decisions in both Tokenhouse and NMUL Realisations appear to follow purposive, practical and common sense reasoning and we would expect the Scottish courts to be similarly minded.

This would certainly be in line with our recent experience of similar situations in the Scottish Courts, particularly in the context of liquidation appointments. Whilst the failure to serve NOI may not necessarily ground a claim that the appointment was invalid, the background will in many cases justify the creditor being granted an order that that the existing insolvency practitioners are removed and replaced by alternative insolvency practitioners. In one recent (confidential) case a company had placed itself into Creditors Voluntary Liquidation without the required notice being given to the QFCH. We were able to achieve a retrospective compulsory liquidation order, which was then backdated to the original date of appointment under the CVL, and alternative insolvency practitioners were appointed in place of those who had been appointed without notice having been given. 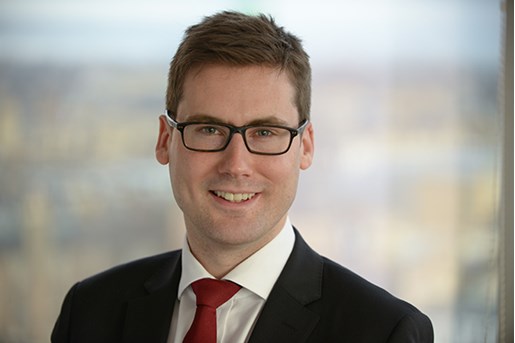