With the Waldram method due to be scrutinised by the High Court, is it fit for purpose?

It is well established that a right of light is a right to the light required for ordinary purposes according to the "ordinary notions of mankind". It is not a test relating to what light is being taken away, but whether the light that is left is sufficient to prevent an interference with the enjoyment by the servient owner of its property.

Over the years, the courts have established various general principles to assist with establishing whether there has been an actionable interference with a right of light.  Examples of these general principles include that the availability of electric lighting should be ignored (although the court did accept that it might be a basis for challenging the position in an appropriate case) and that the notions of mankind can change over time.  However, what has stayed constant for the last 100 years is that the Waldram method has principally been used when considering whether a rights of light infringement has occurred.

The Waldram method is relatively simple.  It considers the light received directly from the sky at each point in the room at table height.  If the light at any point is more than 0.2% of the light received from the entire sky dome (which in round figures on a dull day is assumed to be 5000 lux), that specific area of the room is deemed to be lit to at least 10 lux.  This achieves what is, or at least was, considered the standard of light you need to pass the test of sufficient light according to the ordinary notions of mankind.

In Beaumont Business Centres Limited -v- Florala Properties Limited, the developer's (Florala) counsel criticised the Waldram method, but these criticisms were not put to the adjoining owner's (Beaumont) expert.  In his judgment, Mr Peter Knox QC (sitting as a Deputy Judge) said that he did "not accept that I should ignore the Waldram tests.  They have stood the test of time and have the advantage of giving one some measure of the loss of light."  Whilst the status quo was preserved by the court in that case, it did accept that in some cases the results of a Waldram test only provided a starting point and the court was receptive to considering other methods of measuring light loss.

The High Court will now have an opportunity to consider whether Waldram is the correct approach in Sirosa Properties Establishment -v- The Prudential Assurance Company Limited, which is currently working its way through the court.  The Defendant is developing a building on the corner of Wells Street and Oxford Street, London W1 comprising a basement, ground and nine upper floors.  The adjoining owner has claimed an injunction to prevent the developer interfering with its rights of light.  In addressing the light loss, the Defendant has argued in its Defence that "it is denied that the Waldram analysis provides a reliable view of the effect of the diminution in light on the amenity of rooms in a building".  The Defence goes on to particularise its reasons for challenging the Waldram method, including that:

Whilst we will need to watch this space for the court's judgment on these issues, our thoughts are as follows.

Some may argue that the Waldram method is the correct calculation for rights to light matters, given what you have a right to is light from the sky.  However, the natural light enjoyed within a building does not only consist of the direct sky light, but also reflected light.  By only considering direct sky light, the Waldram method effectively assumes that the ground, all of the surrounding buildings, as well as the internal walls, floors and ceilings of the room you are assessing, are matt black, and therefore reflect no light.  This is of course not the reality, and it is partly why it is not possible to accurately predict the level of light that will be enjoyed within a room based on the Waldram method.  If reflected light is always present in a room, why does the main method for deciding rights to light cases ignore it when deciding whether sufficient light remains?   Using software such as ‘Radiance’, reflected light within a room can be calculated and this would provide results which more accurately reflect the reality.

In addition, instead of using a static overcast sky of constant brightness, climate records can be used to provide an accurate representation of the sky (this is known as Climate Based Daylight Modelling (CBDM)).

With these tools we can accurately predict the actual levels of natural light that will be enjoyed within the room in existing and proposed scenarios throughout the year.   These complex calculations can be undertaken with ease with modern computers, which was unheard of when the Waldram method was first presented back in the early 1920s.  We would therefore welcome their use and approval by the courts.  Whilst the courts are yet to fully embrace the new methodologies, perhaps this will change following judgment in the Sirosa Properties Establishment case.

In Beaumont -v- Florala, whilst Radiance based calculations and images were presented to the judge, this was only in relation to showing the difference between the existing scenario and the proposed.  What was not considered in detail was what is sufficient light according to the ordinary notions of mankind for a modern office building in central London when it needs electric lighting to be able to operate as an office to the relevant standards.

With a new methodology which includes reflected light, would the courts also need to revisit what is adequate light for an office building in a city centre location?

The research Percy Waldram conducted back in the 1920s concluded that 1 foot candle (approximately 10 lux) of light was just about sufficient to be able to undertake tasks such as reading or clerical tasks.  This standard of light was more recently retested by Dr Peter Defoe[1] who suggested that the standard should be more around 25 lux.  However, both levels are well below the recommendations set out by the likes of the British Council for Offices (BCO), the BSI, the Building Research Establishment and BREEAM who recommend an office space is typically lit to between 300 to 500 lux.   Whilst a room may therefore be considered adequately lit from a right to light perspective, it will still need supplementary electric lighting to meet the standards expected for a modern office, and it is clearly unrealistic to expect a level of natural daylight so that it can rely solely on natural light, especially within central London.

If the current rights to light standard does not actually provide adequate light for a space to be used as a modern office, arguing whether the ‘use’ of the building is affected by a development would surely hold little weight, given electric lighting will be normally always needed.  To therefore meet the test of “sufficient light according to the ordinary notions of mankind” it is suggested that a more appropriate question is whether there will be enough background or ambient natural light so that the space still feels day lit to some extent.  To achieve this, we believe that a relatively low standard such as those already suggested by Percy Waldram or Dr Peter Defoe would be adequate.  Whether the rental income will actually be affected would also potentially be a consideration, especially when considering the effect of the impact from a landlord’s perspective.

We would hypothesise that (for office buildings) if the new methodologies were adopted by the courts but whilst relying upon the existing test for adequate light, numerous disagreements, intense discussions, and legal fees spent posturing for a negotiation position could be avoided which would help to ease the many constraints faced by developers today across the country.

Whilst this article has concentrated on office spaces, the standards for residential, schools and other uses of buildings would surely differ.

In conclusion, whilst the Waldram method has its place, it should not be used alone in deciding whether an actual injury occurs.  In city centres and when dealing with buildings such as offices where the ‘use’ will typically not be affected, more realistic calculations, which include reflected light and actual sky brightness data, can be used.  These could determine whether an adequate background level of daylight would remain which would not actually affect the enjoyment or general amenity and therefore the rental values achieved.

This article was written by Gregory Simms, Legal Director at Addleshaw Goddard, and Andrew Cartmell, Senior Director at Point 2 Surveyors

An edited version of this article was published by EG on 13 July 2022. 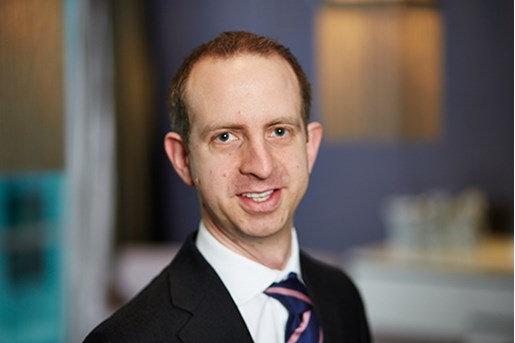