Someone asked me earlier this week how I ended up doing my role. It's a question I've been asked a few times and I find myself answering with an 'I don't really know' answer.

Watching my team together at our recent away day, though made me start to question that answer.

I've realised that it's a mix of things - sometimes, looking back, these might seem like quite little things. I think these include luck, being in the right place at the right time, hard work and maybe a bit of bravery.

Some of us have encountered the concept of career gates. Those moments in your career that seem to open up new opportunities. I also know that sometimes we miss those career gates because we are scared to do that presentation or run that project. Sometimes you don't realise they were career gates until you go through them or until something makes you look back and realise that you missed one.

For me, I fully believe that being a paralegal in AG's Transaction Services Team (TST) at the start of its journey was a huge factor in my career development - right place, right time. But I also think that putting on my big girl pants at points and being brave also played an important role.  Sheryl Sandberg in her book 'lean in' asks 'what would you do if you weren't afraid?'. This is a mantra that I very much try to live my life by.

In a profession, where from the very start of your career you are faced with constant competition and the need to fight for a role - it's often easier to take the path most followed, to do work in the way it's always been done; where you are judged on your performance by those who have done that work for years. Stepping off the beaten track can be incredibly scary, and putting your head above the parapet to suggest a new way of working or trying a new route is more than daunting.

In recent years I've seen people be brave and take a different route or volunteer to do something different. At our recent away day we had an associate with us who hasn't met the people in my team before but who willingly volunteered to spend the day with us. I can imagine that it's quite scary to walk into a room where everyone else knows each other - but he did that. He was enthusiastic, was willing to contribute and walked away with a new to do list and a head full of new ideas.

This year I've seen three associates decide to take 6 months out of their day job to be seconded into my team. These are the first secondees we've had in the Innovation & Legal Tech Team and as seems quite normal in the world of legal innovation the role wasn't overly defined. They didn't really know what they'd be doing, what projects they might be leading, who they'd be speaking to or where we'd be sending them - but they all jumped at the chance and volunteered, taking their roles on with gusto.

During their secondments so far (we are 3 months in) the associates have presented at a meeting with all partners in our biggest division, helped launch some large scale projects, attended various legal tech events and meetings with some of our largest clients. They've dropped into an already established team, come with ideas and enthusiasm, met people across the firm they'd never met before, been filmed and interviewed for various internal and external events and found themselves doing tech demonstrations on a giant iPhone!

I think they've been very brave to take this step. And I believe that their bravery is not only positive for us as a firm but also for them personally.

I also have three trainees who have chosen to do their training contract in the Innovation and Legal Technology team. They have all made a decision, similar to one I made 4 years ago to do a different type of training contract. This is harder than you think it would be. You need a firm who supports a choice like this (otherwise it's not even a choice to make). AG is very much a firm who does support it.  Lots of people ask you about why you'd even need to qualify if you want to do something so different, they suggest that's it's a risky choice and question how it will work. There is no defined career path in this area - it's evolving and the opportunities are amazing - but when making that decision it very much feels that you are putting all your chips on red.

The experiences they are currently having really do reward their bravery. They are working closely with our amazing clients - leading technology projects, presenting to them and training people across in-house teams. They are working with some of the most senior people in our firm, on some of the most strategic projects. They run proof of concepts with new tech providers and attend conferences and forums around the world. They are taking a key role in developing our innovation and legal technology strategy and playing a vital role in how the firm delivers legal services to our clients.

Watching this bravery has been such a rewarding experience for me personally. Seeing the bravery pay off and watching the people taking those chances grow in confidence.

Some of those I've described above have been quite major acts of bravery but not every act needs to be so major. I know this is a legal technology blog but it doesn't even need to be about that. It's about taking those opportunities that come your way. Suggest or embrace new ways of working, agree to chair your monthly team meeting, volunteer to attend that client pitch or do that presentation, talk to your supervisor about what you'd really like to do with your career - even if that doesn't seem to be a current option.

The legal profession is changing and there is a huge amount of opportunity for those who want to be a part of it. As someone who is hoping to help drive that change – I ask you to take those opportunities and be brave. 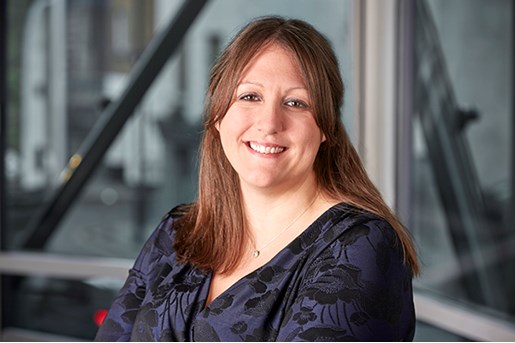 We attract the brightest talent to develop and help us embrace new technology and savvy innovation, including AI and bespoke tools to enable the smart delivery of legal services, faster, more creatively and with greater cost efficiency.