The smart meter rollout continues to progress and there have been several developments recently. We summarise what's been happening.

We suggest that as a starting point you (re-)read our December 2015 article, Smart (Meter) Moves.

The 'DCC Opt-out' was originally proposed in the 2010-11 Smart Metering Prospectus consultation and response, when it seemed likely that an alternative to the Data and Communications Company (DCC) would be established. It was to allow energy suppliers to use communication services other than the DCC for any SMETS2 meters they installed at non-domestic premises. However, as the SMETS2 specification has been developed over time, it has included high standards which are tough for any DCC alternative to meet, so there is in reality no suitable alternative available. DECC have therefore come to the preliminary conclusion that the DCC opt-out is no longer appropriate so they are minded to remove it.

DECC consulted on the DCC opt-out in March 2015 and have taken over a year to respond, with the conclusion being that it is too difficult. One cannot help but wonder if DECC had come to a definitive view sooner, the industry might have had time to develop an alternative.

Even though they have taken a year to decide that they will probably scrap the DCC opt-out, DECC seem reluctant to bin it altogether. They might keep it if they find robust evidence that services equivalent to DCC will be forthcoming, or that a lack of interoperability would not stop businesses from switching energy supplier, and so they have issued a new consultation seeking further evidence on the likely impacts of retaining the opt-out and view on the regulatory changes that would be needed if they decide to remove it.

Our December 2015 article gives the background to this. Smart meters communicate with the DCC and with devices in the customer's premises via a Home Area Network (HAN). Not every home is suitable for the standard HAN wavelength so DECC consulted on two alternative solutions: the 868MHz HAN solution, which works in 96.5% of premises, and the Alternative HAN solution(s) for the remaining 3.5%.

DECC consulted on legal drafting to implement the 868MHz HAN solution and also on changes to the scope of the Smart Energy Code Panel's Technical Sub-Committee (TSC) and has now responded to this.

The gas and electricity standard supply Licence Conditions will be amended to require suppliers to utilise the 2.4GHz solution to connect the IHD to the communications hub, in preference to the 868MHz solution, where it is technically practicable to do so.

The TSC's scope is changed such that it becomes the Technical Architecture and Business Architecture Sub-Committee (TABASC) – giving it more 'spice' perhaps!

The legal drafting should come into effect in Summer 2016.

The consultation also asked for views on the implementation of local CAD pairing (where consumers can connect (pair) their own smart device, such as a thermostat or a fridge, to the HAN themselves, rather than an energy supplier doing it for them). DECC have said that the response to these questions will follow "at a later date".

In their response to the consultation on Alternative HAN solutions, DECC have gone with Model A – a supplier-only governance structure (the Forum) with a new contracting vehicle (the Alternative HAN Company or Alt HAN Co). The Forum will provide a way for all energy suppliers to come together and make decisions on Alternative HAN arrangements. Each member will have at least one vote and the remaining votes will be distributed among suppliers depending on the amount they spend on Alternative HAN – so the more they spend, the more votes they have to decide on the most appropriate solution(s).

There is no mandate on suppliers to use the collectively procured Alternative HAN solutions, but if they choose to use their own, they must: make sure it does not interfere with the collectively procured arrangements; update the Alternative HAN inventory with information on what has been installed; and inform the customer that the equipment may need to be changed at change of supplier.

Note that suppliers have until 20 May to nominate Directors of the Alt HAN Co – see Annex C of the consultation response.

Legal drafting to implement these changes has been laid before Parliament and should be brought into legal effect in July 2016.

Ofgem are also involved in the smart meter roll-out and they consulted on smart prepayment in September 2015 and smart billing in August 2015. Their responses to both consultations were published on 31 March 2016.

Ofgem identified smart prepayment as a priority work stream to focus on "getting the basics right" before the mass roll out of smart meters begins. They issued a consultation, Smart prepayment for a smarter market, in September 2015 and have now made their decision. In summary:

Ofgem have also published their decision on Smart billing for a smarter market consultation of August 2015. This mainly concerns back billing. Back billing is where suppliers issue catch-up bills for historical charges. The consultation was mainly focused on what the time limit for such back bills should be when customers have a smart meter, and suggested introducing a licence condition making this six months. At the moment, the industry standard (resulting from a super-complaint from energywatch in 2005) is 12 months where the customer is not at fault.

Although smart meters should reduce the need for estimated bills and back-bills, there will be teething troubles initially and Ofgem want to ensure customers are protected. Since the consultation was launched, EnergyUK (the industry trade body) has said that their members will move to a six-month back-billing limit from around the end of 2016.

Because of this, Ofgem have decided not to introduce a licence condition but to allow the industry to adhere to a voluntary six-month back-billing limit. However, Ofgem will use their statutory powers to require domestic suppliers to submit information about their back-billing policies, and will then publish comparative information on their website.

In the longer term, once the smart meter roll-out is complete, Ofgem still expect back-billing to be limited to three months.

They also intend to have further discussions with suppliers on how to make sure that switching to a smart meter does not trigger a large back-bill for the customer when an accurate meter reading is taken from the traditional meter.

DECC have issued Guidance for energy suppliers who want to apply for a trial of in-home display alternatives. See our article from February 2016 for more details and background.

DECC consulted on additional Smart Energy Code (SEC) content and related matters in February 2016 and have now published their response. It provides policy conclusions (and associated legal text) on a number of topics including:

The associated legal drafting has already been laid before Parliament for incorporation into the regulatory framework through a combination of licence and code modifications.

To achieve the smart meter roll-out on time and in the most efficient way, Ofgem consider that suppliers should be getting together to discuss best practice. That of course raises competition law concerns, as suppliers should only exchange commercially sensitive information with care and must not coordinate their future commercial strategies – including in relation to how they roll out smart metering. There is nothing wrong with them sharing best practice in some areas such as: identifying and catering for vulnerable customers; providing tailored energy efficiency advice; interoperability of SMETS1 meters when customers change suppliers; improving safety; developing techniques for completing difficult installations; and improving the quality of industry data.

As these are areas that are not directly linked to generating sales for the supplier (suppliers are unlikely to compete on these to attract customers), they are relatively low risk in terms of breaching competition law. Nonetheless, Ofgem suggest some steps suppliers may want to take to minimise any such risk, the main being having an experienced external competition lawyer present during any meeting with suppliers, to make sure the suppliers do not exchange commercially-sensitive information.

Addleshaw Goddard has a team of experienced competition lawyers working in the Energy sector and we would be delighted to assist with any such meetings between suppliers. Please contact one of us listed below or your usual Addleshaw Goddard contact. 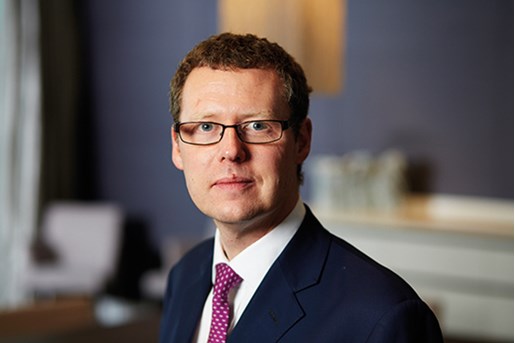 Update on competition in electricity transmission