Brexit: Mergers & Acquisitions - What does it mean for M&A transactions?

The legal and business impact of the Brexit vote is still some way from becoming clear. If, however, you are in the middle of an M&A transaction right now, there are extra questions to consider.

The Brexit vote requires a different lens to be applied during due diligence on targets. Buyers will need to understand how Brexit may impact the target business in the medium/long term. Some of the issues to consider include:

In the future, unless agreement is reached on the continued application of the EU Merger Regulation in the UK post Brexit, the one stop shop principle will cease to apply. Deals affecting the UK which trigger both the EU Merger Regulation and the UK jurisdictional thresholds would then be subject to parallel scrutiny by both the European Commission and the CMA. This could present significantly greater regulatory hurdles for the parties involved and scope for divergent decisions.

Given the timetable for Brexit (at least 2 years away), for deals under consideration now, this will not affect processes and timelines. In the short term, the question will be to what extent the CMA will be encouraged to take account of industrial policy considerations in its review of mergers.

Whether buyers will be able to rely on Brexit (or any of the possible events leading up to and following on from Brexit) to trigger a MAC will depend upon the specific wording of the MAC clause. For those currently drafting MAC clauses, the courts are likely to interpret a general clause quite narrowly so care should be taken in spelling out what constitutes a MAC - especially if one wants to capture any specific consequences of Brexit and the process taking us towards it. Given the number of critical elections across Europe in the coming year, for some transactions wider consideration might also be given to those processes.

Offerors of bids subject to the Code may also seek to rely on a MAC clause. It is, however, unlikely that the Takeover Panel (Panel) will diverge from its current practice, as contained in the Code, which provides that (except for the acceptance condition and certain other regulatory or legally required conditions), 'An offeror should not invoke any condition ....so as to cause the offer not to proceed...unless the circumstances are of material significance to the offeror in the context of the offer'.

Whether a circumstance is of sufficient material significance will be judged by the Panel at the time of those circumstances arising. Past practice indicates that such circumstances would need to be sufficiently materially adverse so as to 'strike at the heart of the purpose of the transaction'. That threshold was set high by the Panel, in relation to the purported utilisation of a general MAC condition by WPP Group plc, during its bid for Tempus Group plc, when the Twin Towers attacks occurred during the course of its bid. The Panel concluded, in that case, that the threshold for material significance had not been met.

It is also a requirement of the Code that, before a bid is firmly announced, an offeror has sufficient financial resources to pay the purchase price should a bid become unconditional. Few conditions to bid financing would be allowable and they would, in all likelihood, not include Brexit-related conditions. Cross-border bidders will clearly need to take account of currency volatility in finalising their financing arrangements.

Wherever the transaction envisages future payments or adjustments, currency movements and risk (and hedging strategies) clearly need to be considered even more carefully than usual, for example in relation to: 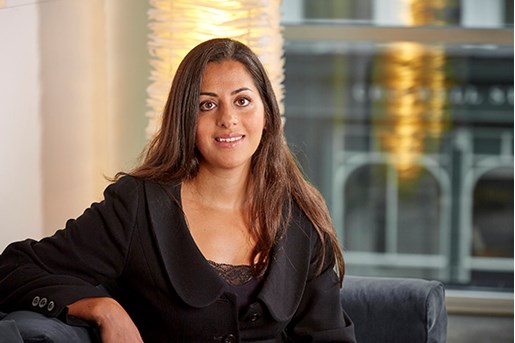 This article was first published on Lexology, 7 July 2016.

'No deal' Brexit: Technical notice regarding Banking, insurance and other financial services