We reported in November 2022 on the UK Government's plans to introduce a tax on low-carbon power generators from 1 January 2023.

We now have more detail on how the tax will work, as the Government has published draft legislation and updated its technical guidance.

The UK Government published further information and draft legislation as promised, on 20 December 2022. All the relevant documents are here including draft legislation (which will form part of the next Finance Bill) and an updated Technical Note, which is very useful and explains what the legislation is trying to do.

The levy applies to corporate groups, or standalone companies, that operate assets generating electricity in the UK which are connected to the national transmission network or local distribution networks.

The actual definition of a "relevant" generating station is:

A hybrid site using renewable generation and battery storage will need to:

There will be further detail in HMRC’s forthcoming guidance.

The levy is applied on 'Extraordinary returns', which are the aggregate revenue that generators make in a qualifying period from in-scope generation on a measure of 'Exceptional Generation Receipts' exceeding £75.00 per MWh and will only then apply to returns over £10 million per group.

*The Benchmark Price represents the average price above which generator returns are considered to be exceptional so any portion of generators’ earnings below this level will not be subject to the EGL. Note that the Benchmark Price is now indexed so will rise/fall in line with the CPI from April 2024.

HOW TO CALCULATE GENERATION RECEIPTS

The basic approach is that generation receipts are the amounts that a group realises for its relevant generation output from wholesale purchases of that output.

The Technical Note goes into more detail, including on adjustments for things like gains or losses on hedging arrangements.
These are not classed as generation receipts:

But Balancing System use of services charges will not be available for deduction from generation receipts for the limited time generators are still liable for these during the first quarter of 2023.

ALLOWABLE COSTS THAT CAN BE DEDUCTED: EXCEPTIONAL FUEL COSTS

For example. paying a third party for access to a source of generation fuel such as landfill waste based on the value of the revenues the generator earns or calculated in proportion to electricity prices.

Generators are not taxed for payments that are based on revenues earned/market electricity prices above the benchmark price.

The Lead Member of the group pays the levy. The lead member is normally the group company that is nominated to pay corporation tax on the group's behalf. Otherwise it is the principal member. The other group companies are jointly and severally liable for the levy.

A corporate JV qualifying for EGL purposes is similar to a JV for corporation tax purposes: five or fewer persons must together have a 75% interest. Members of a group are treated as if they were a single company.

A qualifying JV cannot be a member of a group, unless it is the principal company of its own group. So, if you have a 75% interest in a corporate JV, it is classed as part of your group and taxed for EGL on that basis, not on the basis of the JV rules.

On the same basis as other companies or groups: if the annual output is above 50GWh the JV will be subject to the EGL on exceptional generation receipts above the £10m annual allowance.

For example, if two investor groups participated in a JV with each owning a 50% share, and the JV earned £25m in exceptional returns, its EGL liability would be £15m after taking into account the £10m allowance. Each investor group would then need to add £5m onto its generation receipts to reflect use of the allowance.

This step is to ensure that each group only benefits from a single £10m allowance in respect of exceptional generation receipts that it receives directly from its own generation activity or indirectly through relevant JV interests.

The Government is discussing whether a JV member can surrender a negative amount to the JV itself. This is not dealt with in the draft legislation. See the updated Technical Note paras 1.86-1.91 (Relief for negative amounts) for more detail.

The government intends to introduce the draft legislation as part of the next Finance Bill. The draft may be subject to further revision to ensure it will work as intended.

HMRC will issue draft guidance for taxpayers early in 2023. If you have questions about HMRC’s expectations of taxpayers, or want to share observations about the draft legislation, you can email them at egl@hmrc.gov.uk.

The updated Technical Note also requests views on how the policy is delivered in a small number of identified areas such as the special rules for qualifying JVs. These can be shared using the same address egl@hmrc.gov.uk 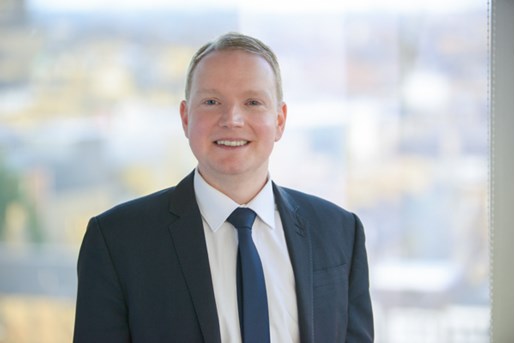