In this post on the Procurement Bill we look at the introduction of the new 'debarment register'.

This is perhaps one of the most significant developments in the Procurement Bill. There are a number of ways to look at this – it is useful for checking bidder eligibility; it creates a restriction on who can bid, reducing the competitive market; it is an easy way to challenge the award of a contract; it is a devastating blow to your public sector business.

In this post, we explain what it is, how it works and what we recommend you do about it.

The new debarment register sits alongside the exclusion framework and will be centrally managed and must be published by a Minister (it is not clear whether this will be available to the public, and this was a key bone of contention in the consultation process for the reforms). The key driver is taking tougher action on underperforming suppliers, ensuring consistency across the public sector and de-duplicating effort in screening suppliers.

Looking at these changes in more detail…

A supplier may be excluded from a procurement for being an 'excluded' or 'excludable' supplier. The detail of what constitutes an excluded or excludable supplier is beyond the scope of this note but is broadly similar to breach of mandatory and discretionary exclusion grounds, with which most will be familiar.

When a supplier is excluded, the contracting authority is required to notify the appropriate authority (a Minister of the Crown). This may lead to an investigation by the appropriate authority to determine whether the supplier should be on the debarment list. (Investigations can also occur independently to exclusion from a procurement.) An investigation leads to a report and a decision by a Minister of the Crown on whether the supplier is in fact an excluded or excludable supplier and determines when this will cease to be the case. Until such time as a supplier ceases to be an excluded or excludable supplier, it will be entered on (or kept on) the debarment list. There is a right to appeal the decision.

There is a process to this investigation and suppliers will want to actively engage, not least because failure to cooperate may itself be enough to justify entry onto the debarment list. More importantly, a supplier will want to argue its case and ensure confidential information is redacted from any public records.

A supplier can apply to a Minister of the Crown at any time to be removed from the debarment list, but applications will only be considered if there has been a material change in circumstances or there is significant new information since the supplier was added.

Both the application process and the appeals processes are to be set out in further regulations to be made in due course, so there is a watching brief on what these processes will look like.

What should you do?

In the run up to the passing of the Bill suppliers should:

In particular circumstances, a supplier may elect to initiate an investigation into a potential exclusion ground (e.g. where there is no argument that it has self-cleaned). The benefit of this would be to obtain clarity on when the exclusion ground ceases to have effect. Clearly, this option would be a drastic step.

The debarment list will help exclude underperforming suppliers. It will also reduce the burden of asking for and evaluating this material.

On the other hand, authorities may find themselves involved in more detailed investigations regarding exclusion of suppliers when the debarment list is being considered – decisions to exclude a bidder therefore become much more contentious and it is no longer about whether the supplier will be minded to challenge for that contract alone, but potentially all public contracts. As noted in the response to the Green Paper, a ban on bidding for public contracts could be a question of insolvency for some suppliers.

In addition, authorities will need to keep in mind the potential impact performance criteria (n.b. the requirement for certain public contracts to have a minimum of three KPIs) may have on suppliers' appetites for bidding on contracts. The consequences of poor performance may result in being put on the debarment list so suppliers are likely to become more selective about bidding for realistic and achievable contracts. 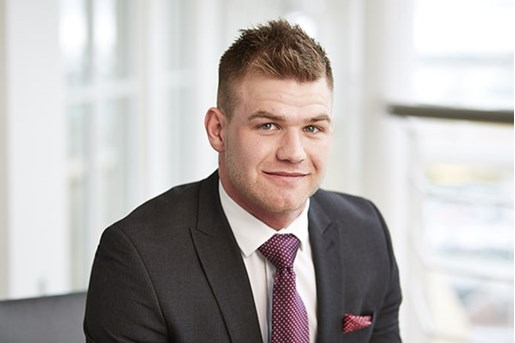