Prior to Brexit, supply and distribution agreements (so-called "vertical agreements") were subject to the same set of competition law rules in the UK and the EU. In both jurisdictions, the general prohibition on anticompetitive agreements[1] was subject to an overriding exemption for vertical agreements that met certain conditions. This exemption was set out in the Vertical Agreements Block Exemption Regulation, otherwise known as "VABR". Shortly before the UK's withdrawal from the European Union, the UK decided to retain VABR into domestic law, ensuring that the regulation of vertical agreements in the UK and EU would remain the same even after Brexit day.

On the whole, New VABR and VABEO each look similar to their predecessor (and each other). Both retain the overall structure of VABR: i.e. a general exemption for vertical agreements that do not contain a "hardcore restriction" or "excluded restraint", subject to certain further requirements including a 30% market share threshold. The substantive provisions of the new regimes are also the same as VABR in many areas – in particular, the rules on restrictions on resale pricing and non-compete obligations remain largely unchanged, subject to some additional guidance on the margins.

Where there are changes, these are driven in the main by two overarching objectives. First, to provide stakeholders with up-to-date guidance on online restrictions; and second, to reduce compliance costs for business by clarifying certain provisions perceived as particularly complex. The CMA and Commission have largely adopted the same approach to these questions but there are few notable areas where there is clear divergence. Our briefing focuses on four (non-exhaustive) key areas of change with some practice guidance on the effect this may have on your supply and distribution strategy.

Both pieces of legislation have given businesses a 1 year transition period to bring existing agreements into line with the new rules.[6] So there has never been a better time to get up-to-speed on the latest position.

'Dual distribution' is where a supplier also competes with its distributors for sales to end-consumers.

Under VABR, these arrangements were exempted despite the fact that the parties are competitors at the retail level.

UK: The exemption for dual distribution has been retained in full, and extended to wholesalers and importers.[7]

For suppliers who compete with their distributors/resellers within the EU, careful consideration will need to be given to information flows between supplier and distributor and whether any additional internal information barriers are needed. It remains to be seen whether the Commission's more detailed guidance on information exchange in a dual distribution context will, in time, be seen to have some application in the UK (as the CMA's draft Guidance is quieter on this issue). In the EU, dual distribution arrangements involving online platforms will also need to be reviewed carefully.

• UK: VABEO now includes within the block exemption exclusivity which is granted to "one or a limited number of other buyers".[12]

• EU: New VABR now includes within the block exemption exclusivity which is granted to "to a maximum of five other exclusive distributors".[13]

The recognition of shared exclusivity in both the UK and EU will better reflect the commercial reality that suppliers will often want to appoint more than one distributor for a territory or customer group. But it remains to be seen whether the two regimes will, in time, interpret the boundaries of shared exclusivity differently.

The EU's rules cap the number of exclusive distributors that can be appointed to a given area or customer group at five, above which the agreement will not benefit from the block exemption. But the UK has instead opted for a case-by-case approach, suggesting in its Guidelines that the number appointed should be determined in proportion to the size of the allocated territory or customer group in such a way as to secure a certain volume of business that preserves their investment efforts.[14] Theoretically, this could mean that, for certain arrangements, five distributors may be seen as excessive; and for others, more than five may be deemed appropriate. This flexibility comes at the expense of the certainty provided by the EU's cap, although in practice we may see the EU rules serve as a 'benchmark' for assessing what is reasonable at a UK-level.

VABR was drafted in 2010, a time in which the internet was a nascent form of selling that provided important competition and additional choice for consumers. As such, while VABR itself did not contain any express provisions relating to restrictions of online sales, the Commission and Courts took a hard line on such provisions. Specifically, any restriction designed to prevent a reseller using the internet as a resale channel was interpreted as a hardcore restriction. This included any requirements for a distributor:

UK/EU: Both pieces of legislation now codify the previous position that provisions which prevent the effective use of the internet to sell the contract goods are "hardcore" restrictions of competition.[15] However, because online sales have now developed into a well-functioning sales channel, both the UK and EU have considered that certain other special protections for online sales are no longer needed. In particular, the new regimes exempt dual pricing and non-equivalence, if the dual pricing and/or non-equivalence does not prevent effective use of the internet.

This change will be welcomed by suppliers who have become increasingly frustrated by their inability to recognise and protect the higher investments required by their "brick and mortar" distributors. Note, however, that both the UK and EU Guidelines suggest that any such disparity between prices charged for online sales compared to offline sales should be related to the differences in the costs incurred by distributors in each channel.[16] It remains to be seen when a difference in pricing between online and offline sales channels will be considered sufficiently stark to prevent effective use of the internet, thereby losing the benefit of the block exemption. The same is true for any non-equivalent criteria imposed on distributors party to a selective distribution system.

"Most-favoured-nation" clauses (MFNs) (also known as parity obligations) require Party A to offer Party B goods/services on terms which are no less favourable than terms offered to third parties. These obligations can apply in a business-to-business context ('wholesale') or a business-to-consumer context ('retail'). They can require parity across all sales channels ('wide') or parity with party A's direct sales channels only ('narrow').

As above, VABR said little on MFNs – but they attracted increased regulatory scrutiny since 2010, particularly retail MFNs imposed by online platforms on buyers of platform services.

Both regimes have introduced similar, but subtly different, hardcore restrictions to deal with MFNs:

Further, both regimes attempt to retain some flexibility to look closely at other MFNs through disapplication of the block exemption on a case-by-case basis (although this power is not strictly speaking new).[19]

Businesses (and in particular, online platforms) will need to think more carefully about MFNs, and in particular wide retail MFNs. If an MFN does not benefit from the block exemption, a full assessment of the effects of that MFN on competition will be required before including it in agreements. 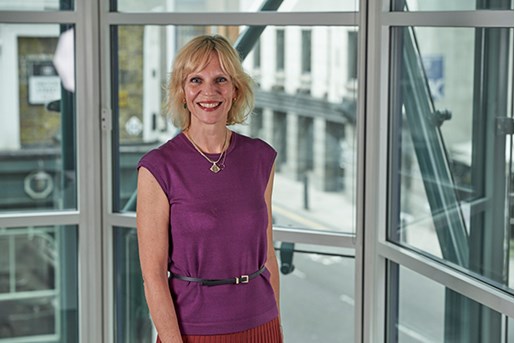