A red letter day in this year's competition law calendar is the 31st May.

This is the date on which key legislation regulating the competition treatment of vertical agreements will expire: the EU's Vertical Agreements Block Exemption (VABER) and accompanying Vertical Guidelines (VGs); and VABER's UK twin, the Retained VABER.

The European Commission has published the draft text of its proposed replacement to VABER and the VGs, [1] both of which remain under consultation. Having consulted on its proposals for replacing the Retained VABER, the CMA published the draft text of a new Vertical Agreements Block Exemption Order (VABEO) [2] on 21 February, asking for comments on the technical drafting by 16 March.

It is clear from these two sets of proposals that the law in both the UK and EU will soon change. In particular, unless either the UK or EU makes a dramatic U-turn, there looks set to be a post-Brexit divergence in the way the UK and the EU treat most-favoured-nation clauses (MFNs), also known as 'parity clauses'. These are obligations requiring one party to an agreement to offer goods/services to the counterparty on terms that are no worse (or are better) than those offered to other parties. Before we take a closer look at the two sets of proposals, however, we should first consider where we have come from.

At a purely commercial level MFNs are often regarded as pro-competitive as they force the encumbered party to offer terms that are competitive with those offered elsewhere in the market. However, increasingly, concerns have been expressed that these obligations can operate anti-competitively in that they (i) dis-incentivise parties from improving the terms they offer because any improvements would need to be replicated across the market and (ii) could lead to alignments in prices and other terms offered in the market by competitors, especially in circumstances where a large proportion of the market is covered by a 'web' of MFNs. At present, VABER and the VGs are almost completely silent on MFNs because at the time when the current VABER was adopted, MFNs were not a high enforcement priority.

Historically, MFNs were typically found in a wholesale business-to-business context and, as such, were more likely to escape the scrutiny of competition authorities focusing their enforcement activities on behaviours that caused more direct harms to consumers. Pre-2010 enforcement cases were, therefore, few and far between, and typically ended in commitments to remove MFNs rather than fines.

As in so many facets of life, the internet suddenly made everything more complicated. With online commerce, MFNs started to pop up more frequently in a retail business-to-consumer context, becoming much more visible and directly affecting the prices paid by consumers for goods and services. Some of these MFNs had a narrow impact on the market, only prohibiting a counterparty from offering better terms via its own direct sales channel. But others had a wide impact, prohibiting a counterparty from offering better terms via indirect sales channels too (e.g. online channels such as price comparison websites).

Despite the rise of the internet, to borrow a phrase from John Penrose MP, the regulation of vertical agreements was stuck in the 'analogue' era. VABER and the VGs remained silent on MFNs and, as such, they were regarded as eligible for block exemption under VABER. This kept the majority of MFNs out of the CMA and Commission's purview, with only limited enforcement in circumstances where VABER's market share limits were exceeded (e.g. the Commission's e-books investigation and the CMA's CompareTheMarket fine) or in the context of a market investigation (e.g. the Private Motor Insurance Order 2015, which banned "wide" MFNs between online platforms and private motor insurers).

The fork in the road

The expiry of VABER, Retained VABER and the VGs have provided an opportunity for the CMA and Commission to revisit their respective toolkits for dealing with MFNs. And, already, the two have begun to diverge.

Under the draft VABEO, "wide retail parity obligations" are treated as hardcore restrictions meaning that any agreements which contain them will no longer be block exempted (instead, these agreements will be subject to the normal case-by-case competition law analysis under Chapter I of the Competition Act).

By contrast, the Commission's draft replacement to VABER is subtly different in two ways:

We shall also be watching to see if the treatment of non-exempted MFNs begins to diverge (e.g. wide retail MFNs as above, but also other MFNs where the market share limits are exceeded). So far, we have only hints at the approach the two regulators may take:

We are still waiting for the CMA's draft VGs (which we hope will provide further guidance on the definition of "wide retail parity obligations") and for the Commission's response to its consultation on the replacement to VABER and the VGs. These developments may change the picture further. But for now, with the crucial 31st May 2022 date looming, there has never been a better time for businesses to carry out a full review of the MFNs they have in place in their vertical agreements. 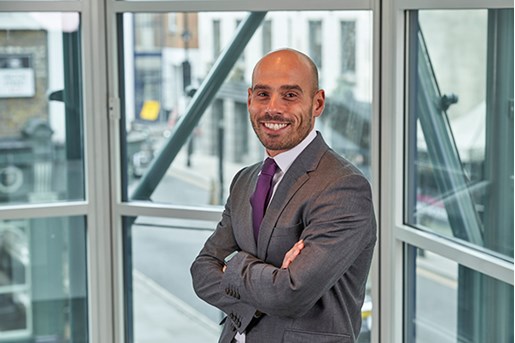