LANDLORDS SHOULD RESERVE THE RIGHT TO CHARGE VAT ON DILAPIDATIONS PAYMENTS

Since HMRC changed its practice in September 2020 on the VAT treatment of termination fees and compensation, it is unclear whether dilapidations payments now fall within the scope of VAT. Pending formal clarification and updated guidance from HMRC on the treatment of dilapidations settlements, landlords agreeing dilapidations payments under existing leases should express such payments as VAT exclusive and reserve the right to charge VAT to enable VAT to be charged on interim and terminal dilapidations claims arising during the term of the lease and after lease expiry. This applies to England, Scotland and Wales.

Until the recent change of practice, dilapidations payments were generally accepted as outside the scope of VAT as they were seen as purely compensation (a claim for damages by the landlord against the tenant’s "want of repair") and not consideration for a supply of goods or services.

VAT notice 742 (VAT on land and property) paragraph 10.12 (still) states: A dilapidation payment represents a claim for damages by the landlord against the tenant’s ‘want of repair’. The payment involved is not the consideration for a supply for VAT purposes and is outside the scope of VAT.

On 2 September 2020, HMRC published Revenue and Customs Brief 12 (2020) and updated its VAT and Supply Consideration Manual to provide that fees and compensation paid for the early termination of a contract (including a lease) are normally treated as consideration for a supply of the goods or services for which the customer had contracted and are, therefore, generally liable to VAT.

Most commercial leases provide for a landlord to recover a dilapidations payment from a tenant on or nearing the end of the lease. HMRC's September 2020 briefing raised some uncertainty on the status of dilapidation payments as it does not expressly deal with dilapidation payments but is so widely drawn that it could potentially be read as covering such payments.

Following on from concerns raised over the precise scope of the change in practice as outlined in RCB12, HMRC is currently reviewing its position. Given that questions have been raised with HMRC over the treatment of dilapidations payments (amongst other things), we would expect HMRC's review to specifically comment on the VAT treatment of dilapidations payments.  Fortunately, HMRC now published a statement qualifying RCB 12/20 to the effect that it will not proactively apply RCB12 and accompanying changes to its guidance until it has completed its review.  No date has been put forward for the revised guidance but this is expected to follow in March 2021.

HMRC’s change of approach follows two ECJ decisions that contractual payments made by customers on the early termination of their fixed term contracts constituted consideration for the supply of the services for which the customers contracted (telecommunications services), rather than compensation for breach.

To accommodate the possibility that the HMRC review concludes that dilapidations payments are within the scope of VAT, landlords need to take action now when agreeing dilapidations settlements to ensure that they expressly reserve the right for landlords to recover VAT should HMRC determine that they are subject to VAT – particularly if the settlement payment could be made at a later date once the revised guidance has been published.  Forewarned is forearmed in these uncertain times in which we find ourselves. 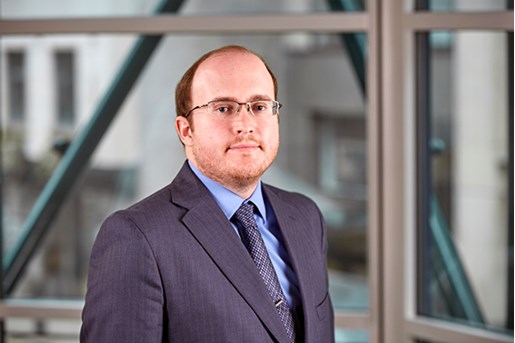 Driving down emissions in the higher education sector

Reflections on Real Estate (May Edition)

Webinar: Want to win in HR?

Charity Promotions: The Risks and Requirements