In November, the world's eyes will be on Glasgow as it hosts COP26.

With the Scottish Government's Programme for Government having a green economic focus at its heart, decision-makers in Glasgow have also been making long-standing changes to help support net zero ambitions.

In 2019 Glasgow City Council (GCC) set up a Climate Emergency Working Group, subsequently declaring a climate emergency in the city. It produced an independent report making 61 recommendations, with a target to achieve carbon neutrality by 2030. The Council has been building on this by seeking views from local organisations, businesses, and communities on the Climate Change Implementation Plan, in an attempt to galvanise support in its delivery.

Recently, the Circular Economy Route Map for Glasgow and its associated action plan was presented to GCC for approval. It puts sustainability firmly at its core. Its associated two-year action plan will also pay a significant role in the climate change agenda in the run up to COP26. This includes the creation of a sustainable charter for businesses to demonstrate their commitment to sustainability; piloting action with regards to sustainable construction methods; and undertaking baseline waste audits to identify opportunities to reduce wasteful practices across the city.

Progress on delivering a fully connected Glasgow City Region, to facilitate sustainable travel and economic growth, is also essential to help the city flourish. There are currently recommendations on £10 billion worth of projects to create the infrastructure required for Scotland to become greener including the refurbishment of Queen Street Station, planned improvements to High Street Station and the delivery of active travel measures, such as cycling lanes and Scotrail's active travel carriages.

A six-week consultation on the development of Glasgow's metro system, which will include an airport link, will also be launched by the City Region Cabinet early this year. Ambitious proposals like this will play a pivotal role in helping the city to not only become a global champion in tackling the current climate emergency, but will create connectivity and access to jobs to facilitate economic growth.

Addressing climate change is not just about meeting our moral obligations. Climate action and sustainable development are inextricably linked globally and with it offers economic opportunity. More and more of our clients across Scotland, the UK and around the globe are realising this. City councils like Glasgow are also recognising the move to a more sustainable future will be delivered where concentrations of population lie. COP26 presents a unique opportunity for the city and its occupants to be bold and internationally showcase that it truly is a dear green place with ambition to innovate, pioneer and shape the modern world on a global scale – again.

*This article was initially published in The Herald > 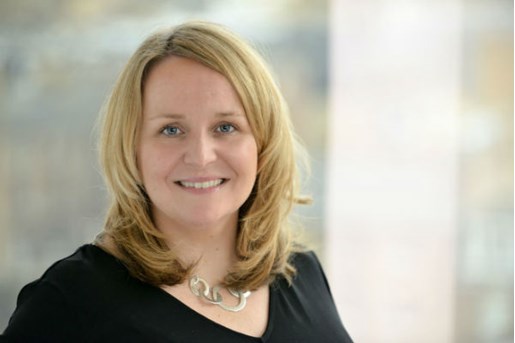 FIND OUT HOW WE CAN HELP