The Court of Appeal earlier this year limited the scope of a bank's duties of care, confirming that the Quincecare duty does not extend to protect losses suffered by creditors of a bank's customers, but should instead be limited to protecting customers.

For our detailed analysis of the decision of the Court of Appeal decision please click here.

A Quincecare duty is a tortious duty which requires a bank to exercise reasonable care and skill in carrying out a customer's instructions arising in the context of processing client payments. It was first established in the case of Barclays Bank Plc v Quincecare Ltd [1992]. The duty has been developed by subsequent case law.

The Court of Appeal in Stanford heard an appeal by HSBC which had unsuccessfully applied to strike out two claims brought by SIB's liquidators. The first claim was for damages for breach of the Quincecare duty. The second was a claim for equitable compensation arising out of HSBC's alleged dishonest and/or reckless assistance in breach of fiduciary duties carried out by Mr Stanford.

HSBC's application to strike out SIB's Quincecare claim had been unsuccessful before Mr Justice Nugee. He had held that but for HSBC's breach of the Quincecare duty, SIB's accounts would have had £80 million more to pay creditors upon insolvency. HSBC appealed that decision. They argued that the remedy for a Quincecare claim is compensation for loss suffered and SIB had itself suffered no loss.

The Court of Appeal overturned Mr Justice Nugee's decision on the grounds that SIB had not suffered any recoverable loss in respect of the payments made: the payments were made to SIB CD (Certificate of Deposit) holders and SIB-named accounts. In particular, the Master of the Rolls said that Justice Nugee had confused the position of SIB before and after the insolvency process. At the time the alleged payments were made, SIB was trading and not in formal insolvency. Each payment made to a SIB CD holder reduced the company's assets but this was offset by an equal and corresponding reduction in the company's liabilities.  Accordingly, the net asset position of SIB was the same before and after the payments were made. SIB itself therefore did not lose anything as a result of these payments.  There was no recoverable loss: the payments to SIB-named accounts were payments to SIB and the payment to CD holders had no effect on the balance sheet as the account holders had a contractual entitlement to them.

Additionally, the Court rejected the argument that the payments had caused loss to SIB's creditors, amounting to a breach of a Quincecare duty owed by HSBC to SIB's creditors. The scope of the Quincecare duty was limited to a bank's customer and not the customer's creditors. This followed the earlier decision in of the Supreme Court of Singularis Holdings Ltd (In Official Liquidation) v Daiwa Capital Markets Europe Ltd [2019].

This the Court of Appeal decision was therefore reassuring for financial institutions in limiting the scope of the Quincecare duty.

The Supreme Court has however now granted permission for SIB to appeal the decision of the Court of Appeal. The appeal is likely to be heard during 2022 and the decision will be of significance for both financial institutions and insolvency practitioners. 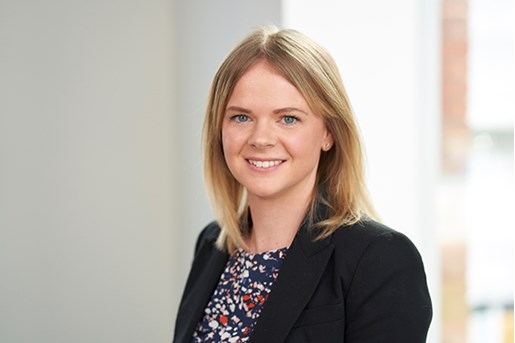