There has been much press coverage in recent years on Tenant CVAs and the tempo on these has increased in recent weeks with the approval of CVAs for New Look, Pizza Express and Yo Sushi! amongst others.

The COVID-19 pandemic has already led to business failures and forced others into negotiations with lenders, landlords and other stakeholders.  For many sectors, the crisis has reinforced or accelerated the challenges that they were already facing. For multiple retailers and casual dining chains these challenges often largely revolve around having too many units, perhaps not in the right locations and with long term rent liabilities that do not match current or projected performance of the business in those locations.

Where the business cannot come to a consensual agreement with the landlord the two key legal tools available are a Company Voluntary Arrangement (CVA) or a pre-packaged administration sale (Pre-pack).

The Company makes a detailed proposal to its creditors and appoints an Insolvency Practitioner to act as supervisor to oversee the implementation of the CVA if more than 75% by value of creditors vote in favour of it.

In the retail and restaurant chain CVAs the properties and landlords will usually be split into different categories with the business wishing to retain and pay in full on "Pot A" but with rents sliding down, potentially to a peppercorn on some units, and with the insertion of tenant break clauses to allow an exit route from those units where no break right exists at the time of the proposal (in relation to some of the lower ranked "Pots").

The New Look CVA approved this week seeks to convert the majority of the leases to "turnover rents", tied to the particular unit's performance in a given trading year, for the residue of the lease term. The benefit to the tenant is that they can avoid store closures and job losses. This is a new development and has been heavily criticised by the British Property Federation, whose view is that a CVA ought to be used to implement temporary changes to allow a business to implement a wider rescue plan, and not to permanently re-write leases.

In order to avoid a challenge that a particular landlord has suffered "unfair prejudice" by the approval of the CVA generally all landlords will be included in the CVA.

Superficially the CVA may be attractive to the landlord as they are able to approve or oppose it as a creditor of the company. The reality is that an individual landlord's position may be weak, with their vote being a small percentage of the overall creditor vote.  However, a successful CVA is nearly always better than the alternative outcome (usually an administration or a liquidation) on an estimated outcome basis.

Landlords may also be minded to vote in favour where the proposal includes full settlement of service charge arrears and affords landlords enhanced landlord breaks with the opportunity for the landlord to terminate the lease if they believe they can identify a new tenant on better rent terms.

It has also become evident that a CVA has a much higher chance of success where the CVA tries to 'give back' to landlords – for example with the creation of a fund if trading exceeds anticipated levels so the Landlord can share some of the upside.

Where a CVA can't or won't work the landlord may be faced with the news that its tenant has gone into administration and the business (or as more prevalent recently, the brand and stock of the business –e.g. Oasis/Warehouse, Laura Ashley) has been sold to a Newco.

Where Newco takes on some or all of the retail portfolio, traditionally Newco would then be obliged under contractual arrangements with the Administrators to seek consent of the landlords to assign all of the leases of the premises to Newco.

The obvious issue is Newco has to take the lease "as is", which is possibly over-rented, the very issue that may have forced the old company into administration.

We have seen an increasing trend in recent Pre-packs that Newco elects not to be bound to seek consent and take on all of the leases but instead takes an optional position allowing Newco the freedom to negotiate reduced rental terms with the landlord on the basis that Newco could walk away from the premises and leave the landlord to seek a new tenant. It can also help justify Newco paying a lower purchase price for the business. The only benefit in this strategy from a landlords' perspective is it does give the landlords more control to refuse to agree new terms and seek a new tenant.

KEY ISSUES & RISKS FOR THE LANDLORD IN THE CURRENT MARKET 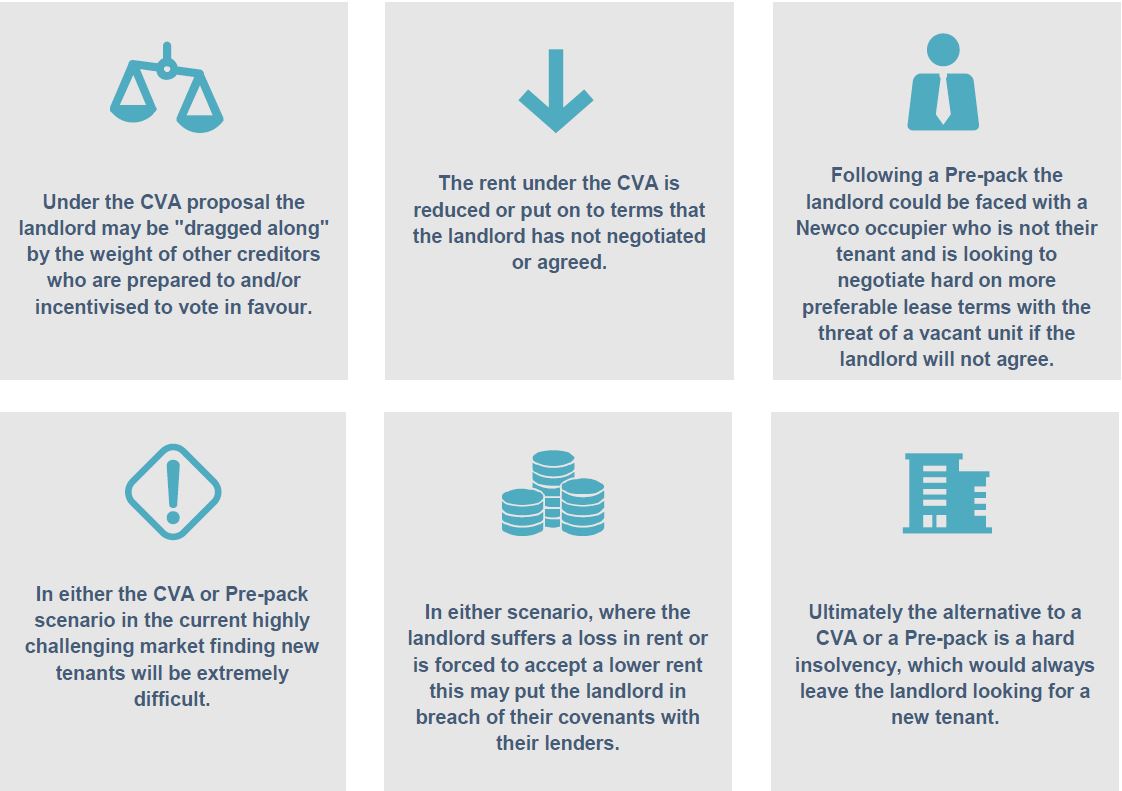 If you would like to know more about how we can support you, please get in touch. 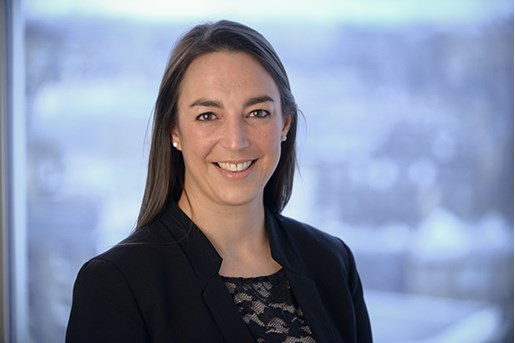 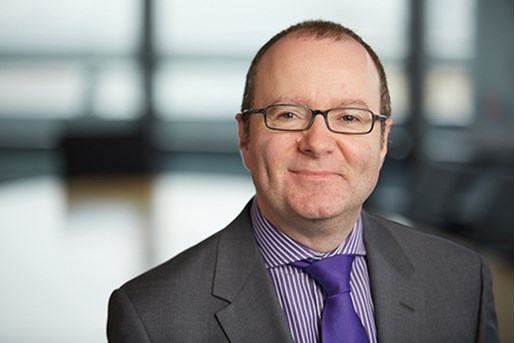