The Renewable Heat Incentive (RHI) is a bit of a misnomer. It does not just incentivise the uptake of renewable heat technologies but also pays a tariff to biomethane producers. Biomethane is a "green" gas derived from methane and can be used in place of natural gas in the gas grid.

The non-domestic RHI scheme, which currently supports biomethane, is due to come to an end next year and recently the Government published the Future Support for Low Carbon Heat consultation on what should replace it. We reported on the Clean Heat Grant aspect of this in our article, Support for low carbon heat after the RHI. Now we summarise the proposed Green Gas Support Scheme

What will it support?

The Green Gas Support Scheme will replace the non-domestic RHI when it ends in March 2021. As of January 2020, the RHI had supported the deployment of 94 biomethane plants and in 2018 3.3TWh of biomethane was injected into the grid.

The Green Gas Support Scheme will support only biomethane produced from anaerobic digestion (AD) of biomass feedstocks and injected into the gas grid, mainly because at the moment biomethane is the only green gas commercially produced in the UK. There may be potential to expand the support to other green gases, such as hydrogen, in the future. Interestingly, the consultation mentions that the government is currently working on the options for supporting low carbon hydrogen production and will provide an update on this work later in 2020.

The general eligibility criteria for the scheme will be in line with that for the RHI, and there will be more detailed guidance issued in due course.

Under the non-domestic RHI, applicants must generate at least 50% of their biomethane from waste or residue feedstock to receive RHI payments, a requirement introduced in the 2018 RHI reforms. The consultation on the Green Gas Scheme asks for views on increasing the minimum percentage of waste feedstocks above 50%. This is because there are greater environmental benefits from using wastes rather than energy crops in AD; and other policy changes mean supply of feedstock is likely to increase in future: for example the Environment Bill will require every household and business in England has a separate food waste collection from 2023.

The sustainability criteria for AD feedstocks will broadly reflect those in the non-domestic RHI.

How will the support work?

Support will be via a tariff based mechanism, similar to the RHI. The tariff will be tiered to reflect the cost of producing biomethane at different scales. The first tier will be increased from the first 40,000MWh (as is the case under the RHI) to the first 60,000MWh, as internal BEIS analysis of the RHI scheme data shows that over 90% of biomethane is produced under Tier 1, for plants that have been commissioned since tiering was introduced. Industry feedback is that the current tiering structure reduces the likelihood of economies of scale and deployment of large-scale biomethane AD plants.

As for the RHI, there will be a tariff guarantee mechanism, with some minor changes:

See our article, RHI Regulations 2018 – The Heat is Back On for a reminder of how the tariff guarantee scheme works.

At the moment, when a biomethane production plant is bought or sold, there is no way of transferring RHI payments for injected biomethane to the new owner of the plant. The Non-Domestic RHI – Ensuring a Sustainable Scheme consultation proposes to introduce a new mechanism allowing the transfer of registration. The government will use the responses to that consultation to design a suitable transfer mechanism for the Green Gas Support Scheme too.

How will it be funded?

The Green Gas Support Scheme will be funded by a Green Gas Levy, which was announced in the March 2020 Budget (see our article Budget 2020 is good news for green heat). Unlike the RHI, which was funded directly by government, the Green Gas Levy will be added on to energy customers' bills – an interesting development given that the government has rowed back on this in the past (the FIT being a prime example). We do not have any further details at this stage, but given the short length of the scheme, the amount of the levy is unlikely to be significant.

How long will support last?

The government envisages that the Green Gas Support Scheme will start in autumn 2021 and last for 4 years, to 2025/26. It seems like something of a stop-gap measure, to support biomethane in the medium term. The tariff under the scheme is not intended to be a full 20 years as under the RHI; the government thinks that AD for biomethane production is no longer a novel technology so does not need as long a payback period for investors. It is looking at a range of options for a new tariff length, with its modelling based on a 15 year period, but asks for views on whether a shorter 10 or 12 year period would be appropriate.

What about longer-term support?

For the longer-term, the government expects to focus on market-based mechanisms as the basis for any ongoing policy support for the range of green gas options that might be commercially available. This could be a Supplier Obligation, which would legally obligate gas suppliers to supply their customers with a certain volume or percentage of green gas; or a model based on Contracts for Difference (CfD).

We will look out for further announcements on this in due course, but the latest Annual Report from the Committee on Climate Change, published last Friday (25 June), makes it clear that "While welcome, the current plans [to extend the RHI and introduce the Green Gas Support Scheme] are far too limited to drive the transformation required to decarbonise the UK's existing buildings". The government is due to publish a Buildings and Heat Strategy later this year which may give further clarity. 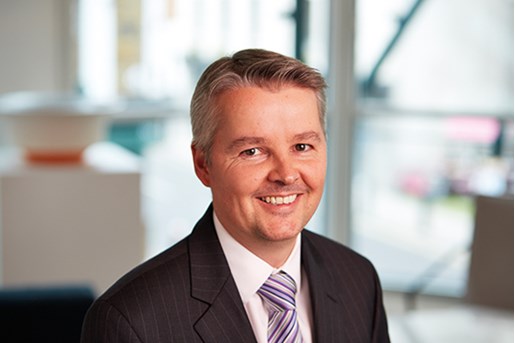 How to support renewables, meet net zero and minimise costs: Call for Evidence