The Government has announced that the fourth CfD scheme auction round will be opening in late 2021 and will expand to a number of technologies including onshore wind and solar, which have not been able to compete for subsidy since October 2014. By expanding the number of technologies available under the fourth round of the CfD scheme, the Government aims to double the capacity of renewable energy compared to the last round. This follows the ten point plan for a 'green recovery' and is intended to progress towards the 2050 net zero targets.

Following the Government's consultation on proposed amendments to the scheme, a number of changes have been confirmed to the guidance documents, policies supporting the CfD Scheme and the CfD contract itself. We have summarised some of the key points below:

As predicted in our article, Contracts for Difference Scheme Extended, a new third pot has been introduced for offshore wind projects to allow more appropriate parameters to be set as offshore wind projects are bigger in size and lower in cost (per MW installed) compared to other technologies. Standard offshore wind can also no longer be considered a 'less established technology' owing to the drop in clearing prices over the last three rounds. Although there were some proposals to move offshore wind farms to pot 1, these have been dismissed on the basis that it is not appropriate at this stage for them to fall into 'established technologies'. The pot structure for renewable technologies under the CfD fourth allocation round will be:

The Government has set an ambitious target of delivering 40GW of offshore wind by 2030 (up by 10 GW) and 1GW of this target is to come from floating offshore wind. This new target is expected to provide certainty for developers and the supply chain to invest and promote cost reduction. It is hoped that this will also alleviate the pressures on the North Sea and allow wind farms to be built further away from the shoreline where it is most windy.

As expected, coal-to-biomass conversions will be excluded from future CfD rounds. The Government has announced that it is developing a new cross-government Biomass Strategy in 2022 that will look at how biomass should be sourced and used to best contribute to the net zero targets. Current coal-to-biomass support will end in 2027.

For the fourth allocation, there will be some changes to the allocation rounds. Bidders will continue to bid into individual years within the delivery window, however, when a bid breaches the monetary budget, instead of a single delivery window closing, the whole auction will close. A single clearing price will apply across the delivery window, in contrast to previous allocation rounds where different clearing prices could be set in each delivery year. This is intended to provide simpler auctions and better value for money for consumers when there are fewer delivery years in an auction.

Budget and delivery years have not yet been set for allocation round 4. It is possible that different delivery years will apply to different technology pots. The Government will also amend the variation formula and the Contract for Difference (Allocation) Regulations 2014 (as amended to provide flexibility to decide if it should apply a 'hard constraint' or 'soft constraint' for one or a combination of a capacity cap (maximum or minimum), subject to certain conditions being met. This will be set out in the Allocation Framework. It has not yet been decided if this flexibility will be used in allocation round 4.

The Government has confirmed that it will extend the CfD scheme delivery years even further than it proposed. The consultation proposed extending them to 31 March 2030 but the Government has decided to go even further and extend them out to 31 March 2035. This will allow allocation rounds to be run for delivery years after 31 March 2026, with the aim to meet the 2050 net zero targets. It is hoped that this will also help with investor confidence in the scheme, given that it now lasts for a further five years. Note that no decision has been taken at this time on the timings of future rounds.

The milestone delivery date (i.e. the date by which generators awarded a CfD must demonstrate delivery progress by providing evidence of either spend of 10% of total pre-commissioning cost or that the project commitments have been made) will be extended to 18 months following contract signature for all projects. The milestone delivery date was previously 12 months which developers found difficult as it did not fully align with project deadlines, including procurement and financing decisions. This will therefore be a welcome decision.

No changes will be made to storage co-location with CfD projects for allocation round 4, but the Government will continue to seek views on how renewables can be better integrated into the energy system in the future.

The Government is going ahead with its proposal to extend the negative pricing rule so that generators are not paid any difference payments when the Intermittent Market Reference Price is negative. Up to now, generators were still paid for the first six hours of negative pricing.  The Government recognises that this may lead to higher capital costs due to the change in risk, but their updated modelling suggests the actual impact on project revenue would not be that large.

The aim of this change is to incentivise generators to divert power away from the grid when power is abundant and demand is low. This should encourage generators to co-locate with storage or consider other alternative uses and revenues for this excess power.

Generating stations over 300MW that are applying for a CfD allocation round have to submit a Supply Chain Plan Statement to BEIS and get it approved. BEIS then monitor these SCPs whilst the project is being built.  The SCP criteria were developed before the 2017 Industrial Strategy was published and the Government was concerned that the SCP policy did not reflect the aims of the Industrial Strategy, in particular to ensure that renewable energy deployment delivers economic growth in the places where these developments are located.

The consultation response confirms that SCPs should have criteria headings that are more closely aligned to the five pillars of the Industrial Strategy to make effective use of the SCP process. There is a further consultation that goes into more detail on this, including draft SCP guidance.

Going forward, generators awarded a CfD contract will need to submit an updated SCP for review at the milestone delivery date of their contract and a supply chain implementation report to the Secretary of State (SoS) before the generating station is due to be commissioned. It is hoped that this will strengthen the SCP compliance process. This further consultation asks whether passing the assessment should be a new Operational Condition Precedent in the CfD contract. Generators will be required to present a certificate from the SoS approving their supply chain implementation report to the CfD counterparty before CfD payments can be paid. The consultation closes on 18 January 2021.

The 300MW threshold limit for SCPs remains unchanged for allocation round 4. This approach is to support wider government priorities and maximise benefits of achieving net zero.

The Government is to lay regulations to Parliament to make these changes and has also issued a separate consultation on changes to SCPs and the CfD contract, which closes on 18 January, as mentioned above. This consultation proposes drafting changes to the CfD contract to implement the Government's decisions on floating offshore wind, negative pricing, coal-to-biomass conversions and milestone delivery date, along with the new SCP proposals.

The expansion of the CfD scheme will see a lot of movement in this area as more projects once again become eligible. This is welcome news for developers and generators.  In particular it is good news for onshore wind and solar developers who have been out in the cold for the last few years and largely had to survive on their own with no subsidy.  It is hoped these changes will stimulate growth once again in these sectors.  Most important of all though is not necessarily the detail of what happens now; but rather whether this is a sign of things to come from the Government and whether there will be more frequent auctions across the broader technology spectrum as we continue the drive towards net zero. 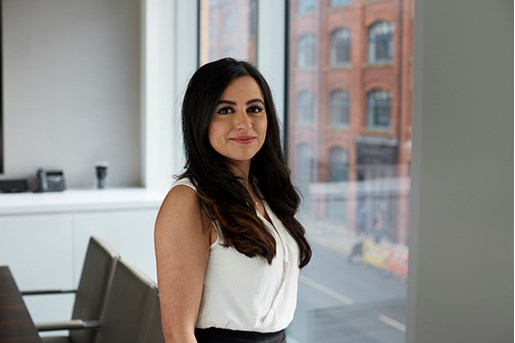