The clock keeps ticking and, absent a delay being agreed between the United Kingdom and the European Union's remaining 27 Member States, the UK will leave the EU at 11pm on 29 March 2019. If the UK's withdrawal takes the form of a "hard" Brexit[1], UK alternative investment managers' (AIFMs) ability to market the alternative investment funds (AIFs) that they manage to EEA-based investors may be materially impacted.[2]

This Regulatory Spotlight highlights the issues facing UK AIFMs in that eventuality. It then suggests practical steps UK AIFMs might consider taking now if they have yet to make contingency plans for post-Brexit marketing in a no-deal scenario.

Non-EEA AIFMs do not at present have the benefit of a marketing passport under the AIFMD. Rather, non-EEA AIFMs can market AIFs in Member States either (a) on the basis of local national private placement regimes (NPPRs) (which must at a minimum comply with article 42 of the AIFMD) or (b) at the request of an investor ("reverse solicitation"). Each of these two approaches is considered further below but, in practice, different Member States have taken different approaches to the design and associated requirements of their NPPRs. Similarly, the scope of reverse solicitation is interpreted differently across Member States.

The AIFMD contains provisions that are designed to ultimately allow non-EEA AIFMs to benefit from the marketing passport in much the same way as EEA AIFMs.[4] However, the extension of this "third country passporting right" is dependent on a third country-by-third country equivalence assessment by the European Securities Markets Authority (ESMA) and further steps to be taken by the EU Commission. To date the passporting regime has not been extended to any third countries.[5]

The effect of a hard Brexit would be to automatically render the UK a non-EEA country, or, in EU parlance, a third country. Consequently, a UK AIFM will be treated as a non-EEA AIFM for the purposes of the AIFMD with any UK AIFs that it manages automatically becoming non-EEA AIFs. UK AIFMs will lose access to the marketing passport under the AIFMD.

The UK will likely seek to become recognised as a third country to which the AIFMD passport might be extended. This is unlikely to provide an immediate solution however, for UK AIFMs seeking to continue their marketing efforts in the EEA post-Brexit, due to the length of time that the recognition process would likely take.

UK AIFMs will most likely need to rely on the NPPRs (where available) following a hard Brexit. The AIFMD lays down minimum conditions that must be met in order to access local NPPRs.

These conditions are set out in article 42 of the AIFMD and include compliance with certain investor and regulator transparency requirements and the rules on investments in non-listed companies. Further, the country where the AIFM and AIF are established must not be on the FATF black list.  Finally, a co-operation agreement must be in place between the regulator where the non-EEA AIF is to be marketed and the supervisory authorities of the non-EEA state where both the non-AIFM and non-AIF are located.

The first three of these conditions are unlikely to be problematic for UK AIFMs, the fourth however, may cause difficulties if the UK has not agreed appropriate cooperation agreements with all EEA regulators by 29 March 2019. The FCA recently announced that it has entered into a number of cooperation agreements with EEA regulators (see here) but has not confirmed explicitly whether those cooperation agreements will cover the AIFMD. It is worth noting however, that there is market commentary suggesting that the AIFMD may be covered. It is not therefore clear at present whether UK AIFMs will be able to take advantage of the NPPRs immediately following a hard Brexit. Further clarification is expected from the FCA.

UK AIFMs also need to be aware that some Member States have gold-plated the minimum requirements in article 42 of the AIFMD. For example, several Member States require that a non-EEA AIFM appoint a depositary services provider for each AIF that it seeks to market in that state. Further, there are significant differences across Member States in the procedure to be followed to access their local regimes. Some Member States require a simple notification, allowing marketing to commence immediately upon notification, while others have a complex approval process (which can take from a few weeks to several months from when the application is submitted to the local regulator). This can create particular difficulty for UK AIFMs that are in the middle of fundraising or where fundraising activity is anticipated in the next few months before NPPR registrations have been made / approvals obtained.

Definitive guidance from local regulators and local counsel can be difficult to obtain.  Some local EEA regulators interpret the concept very narrowly so as to treat any marketing or even pre-marketing activity that an investment manager may have previously conducted in their Member State as sufficient to preclude such a manager from treating as reverse solicitation any subsequent requests from investors for more information. Other Member States take a more permissive approach, allowing some active interaction between AIFMs and potential investors (for example where an AIFM has a pre-existing relationship with a prospect and now wishes to interact with that prospect in relation to another product). The ability of an AIFM to "prompt" prospects to approach it therefore varies from country to country. There are also indications that, at a European level, ESMA is actively seeking to narrow the application of reverse solicitation and even push for a more harmonised (but restrictive) approach towards reverse solicitation.[7]

What now for UK AIFMs seeking to market post-Brexit?

Continuing uncertainty over the terms of the UK's departure from the EU has left UK AIFMs that rely on the AIFMD marketing passport in an increasingly uncomfortable position.

Some UK investment managers have already established, or are in the process of establishing, EEA-based AIFMs and EEA AIFs to continue fundraising post-Brexit under the AIFMD marketing passport.

Other UK investment managers have decided to opt for setting up AIFMs and parallel fund structures in a non-EEA country that benefits from existing cooperation agreements with those Member States in which the AIFM intends to fundraise, thereby removing a hurdle to the use of the local NPPRs.  Investment managers adopting this approach can make the relevant NPPR applications before Brexit day thereby avoiding the uncertainty over the timing of UK cooperation agreements with local Member State regulators covering the AIFMD.

Many investment managers have however, held out for further clarity and/or transitional measures and as such have been reluctant to incur the expense of setting up new EEA-based AIFMs or parallel structures. Those managers will now likely need to consider a number of practical and legal risk mitigation steps if they are to continue engagement with prospective investors based in Member States beyond Brexit day. This will likely include a one or more of the below.

Where possible, UK AIFMs may wish to close investors into funds currently marketed under the marketing passport as soon as possible pre-Brexit. This will minimise marketing activities taking place following Brexit whilst managers are seeking relevant NPPR approvals.

Further, informal high level discussions with local counsel in certain jurisdictions indicate that, in the scenario where a UK AIFM had genuinely commenced its marketing efforts prior to Brexit but an investment took place post-Brexit, local regulators might be willing to tolerate continued engagement with those investors. Whilst as a matter of national law and regulation, such engagement may breach relevant marketing prohibitions if done whilst registrations or approvals under the relevant NPPR are pending, local regulators may show some forbearance especially in the context of interactions with professional investors and where an investment manager is in the process of seeking the appropriate NPPR approval and otherwise complies with all relevant AIFMD provisions. However, in the absence of explicit local regulatory guidance, this will carry some legal risk.

Most Member States recognise the concept of "pre-marketing" whereby certain promotional type activities may not constitute marketing for AIFMD purposes thereby not triggering the requirement to have the relevant AIF approved or registered under the local NPPR regime. However, the scope of this concept varies across Member States with some allowing the provision of fund specific documents as long as they are in draft form and others only allowing dissemination of relatively high level terms not mentioning, for example, a specific fund or certain terms (such as definitive fee terms).

Pre-marketing may be an attractive option in several situations.  Historically, some third country investment managers have used pre-marketing as a way of determining whether there are sufficient prospects in a particular Member State to justify the costs involved with seeking approval to market under the local NPPR. Similarly, pre-marketing can be used as a way of keeping potential investors "warm" until the manager has received the relevant local NPPR approvals. Investment managers should be careful however, to ensure that investor facing documentation used post-Brexit does not fall outside the boundaries of pre-marketing and is otherwise compliant with local financial promotion rules, if any.

As noted above, it can in practice be difficult to rely on reverse solicitation, especially where marketing or pre-marketing activities have taken place in a particular jurisdiction before Brexit. However, in some countries it may be permissible and helpful to contact existing investors or identified prospects in advance of Brexit and encourage such investors or prospects to contact the investment manager if they want to continue to engage after Brexit. In any event, care needs to be taken that any such contacts are professional investors and that an appropriate records are maintained to support any reverse solicitation argument.

Certain countries, such as France, Germany, Italy and Luxembourg are developing their own arrangements to mitigate the consequences of a hard Brexit in a financial services context by allowing, under certain circumstances, UK institutions to continue operating or providing services in their territory post-Brexit. As of the date of this publication however, none of these transitional regimes appear to cover marketing by UK AIFMs. Informal discussions with counsel in some Member States suggests that measures covering marketing by UK AIFMs may be forthcoming, but this cannot be taken for granted.

Ultimately, UK investment managers will likely want to identify key marketing prospects now and where possible seek to close these into funds currently passported for marketing. In parallel, such managers should consider identifying those Member States where they are most likely to market post-Brexit.  Having identified key jurisdictions, UK investment managers can explore the appropriate pathway and where relevant, start preparing their NPPR notifications / applications.

The clock is ticking.

Click here to view a PDF version of this update

Many of the issues addressed in this Investment Management Regulatory Spotlight will ultimately be matters of local EEA Member State law and regulation.

Readers are therefore encouraged to engage local counsel before embarking on a particular course of action. 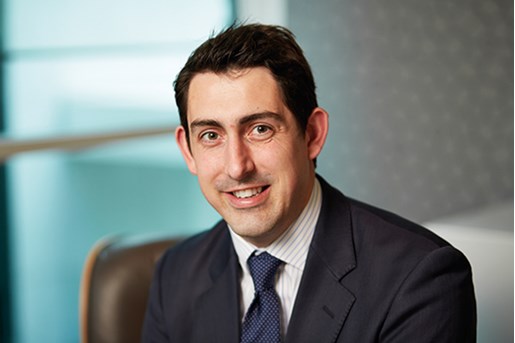 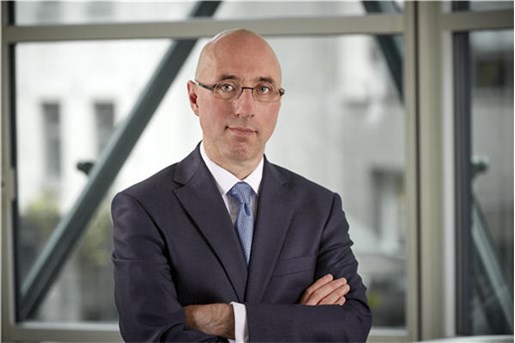 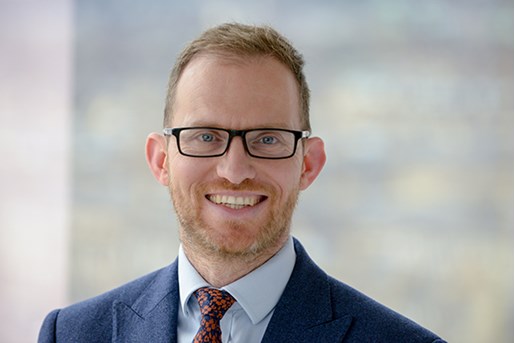 [5] In its report on the functioning of the AIFMD (published in January 2019, available here, the European Commission commented that 'Substantial efforts regarding the assessment of third countries have been made by ESMA…but have not yet established a feasible basis for the expansion of the passport to non-EU AIFs and non-EU AIFMs', which would indicate that the activation of the third country passport remains delayed for the foreseeable future

[7] See, for example, the ESMA letter to the European Commission of 28 September 2018 covering amongst other things reverse solicitation in the context of the provision of investment services, available here.