On 12 March 2018 Addleshaw Goddard hosted a panel discussion looking at the potential and challenges facing future finance in the 21st Century...

Despite the varying backgrounds, all shared the view that new forms of lending will stand the test of time and will take an increasing proportion of the market. To put some perspective to this, traditional lending in the UK market historically averages £250bn with new entrants accounting for some £5bn. A figure which is increasing year to year and which will be driven further with the advent of "open banking".

Technology or low interest rates as a driving factor

When questioned about whether low interest rates or the technology is leading the sector there was consensus around the view that it was something of both. Technology is increasingly a dominant factor in the lives of a younger audience who are familiar with, and trust, smart phone banking. The convenience it offers and attitude amongst millennials will see more and more young people prefer this medium when looking to borrow in the market. It is only a matter of time before it becomes normalised behaviour.

Turning to crypto-currencies the panel viewed these as still in their infancy, and in their current form, unlikely to have longevity. That said, all saw a future for them if they evolved into asset backed "coins" in future iterations, for example, based on gold or real estate. Horlick particularly saw their potential to add liquidity to assets which traditionally were viewed as illiquid. Where they may prove disruptive is to the factoring market around cross-border trades and trade finance facilities, noted Walker. Block chain itself may also prove a threat for many intermediaries, although there was some divergence of views on this. Intermediaries will need to look at how they add value in coming years if P2P transactions continue apace. Judging what is sound, or adding a rating factor could be a salvation factor for some.

No debate could pass without reference to BREXIT. Whilst the financial services sector is particularly vulnerable, the news for exporters may be better. The depreciation in the exchange rate should easily outweigh increased tariff barriers, for example. Bell took the view that the continued uncertainty over the form of BREXIT is actually doing more damage and delaying transactions. It is however, an often overlooked fact that the technology a lot of the alternative finance platforms and Apps within FinTech, is based on the skills of programmers from outside the UK. Whether this can be accessed on the same basis, or whether the country can attract those with the skills required, remains to be seen.

Potential impact of a recession

On a similar vein, the panel considered what impact a potential recession could cause to the Fin Tech sector. Whilst this is crystal ball glazing to a degree, Bell thought it may well act as a spur. Winterton took the view that Fin Tech was here to stay and may well emerge stronger as a result. Many Fin Tech products have robust financing in place either through Venture Capital or Angels.

Whilst new players were likely to prove disrupters to traditional financing models, there would be failures too. Some are tempted to pursue market share ahead of real profits which brings questions around how they can be realistically valued. That said, P2P lending is growing and offers returns which outstrip traditional savings by a significant margins. Asset based lending and factoring has transitioned from a form of last resort in the previous decade to one where relationship managers are in place, and it now forms an accepted form of financing for many established business. The returns in PE demonstrate that funds will continue to invest, all of which does pose an increasing challenge to the traditional lending market. SMEs know this and may use it to leverage better terms from the banks, so whilst growth in Fin Tech is going to continue, traditional providers will undoubtedly respond. What is clear is that we face exciting times and the increasing provision of alternative sources of finance is likely to be of benefit to both consumers and corporates.

For further information on the issues raised, please contact: 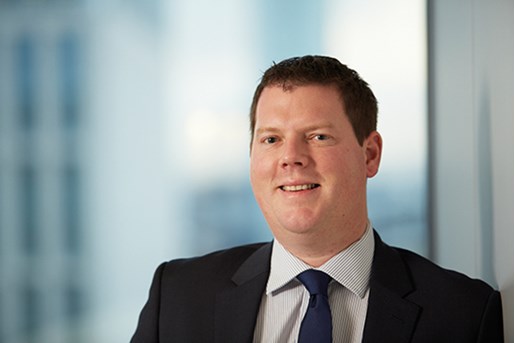 Asset based lending - an alternative route?