Since many of the international financial and economic sanctions against Iran were lifted just over a year ago, the country has been tipped as a future economic powerhouse in the region. As the second largest economy in the Middle East, the potential opportunities for retail and consumer businesses are clear, but so too are the risks.

Until July 2015, Iran was under extensive UN, EU, US and third country sanctions, making it very difficult for UK businesses to trade with the country. Now most financial and economic sanctions have now been lifted, Iran is able to trade more freely with the rest of the world.

Given the size of the Iranian market (second only to Saudi Arabia in the region with an estimated nominal GDP of US$397bn in 2015), it is seen as offering enormous potential for overseas trade, including with UK businesses. EU trade alone, which currently stands at around US$8bn, is expected to quadruple in the next two years.

Traditionally heavily reliant on the oil and gas sector, Iran is looking to diversify its economy. With a large, young and well educated workforce, retail and consumer goods is one of the sectors expected to benefit as the Iranian market opens up.

“In some traditional markets, consumer demand is falling or at least flat-lining. But in Iran, there is a great opportunity for UK businesses to find consumers who desire branded Western goods and products and who have the money to spend on them”, says Louise Pritchard, a corporate associate at Addleshaw Goddard with substantial experience of the Iranian market.

Mahasti Razavi, an Iranian-born partner at Addleshaw Goddard’s French preferred firm August & Debouzy, agrees, saying, “when you walk around Tehran, you see an increasing number of foreign faces and overseas brands in the shops, and that’s only going to increase. Some of the biggest malls in the world are being built in Iran, bigger even than the Dubai Mall, which just shows the size of the opportunity and the enormous appetite for consumer products and brands among Iran’s young population. E-commerce, too, is just as popular. Iran has a number of its own very large online retailers and mobile phones are just as popular in Iran as they are in France or the UK”.

Despite the positive headlines over sanctions, the situation is not as straightforward as it may appear, not least due to the fact that many US sanctions remain in place, particularly regarding finance. This has meant that most banks and other finance providers have been reluctant to get involved in business with Iran, for fear of falling foul of US sanctions.

“One of the big issues is the veto on US dollar transactions, which makes funding deals with Iran that bit trickier. Most major banks have branches, subsidiaries or holding companies in the US. Because of that, they’ve been very cautious about funding business with Iran in case they are penalised by US authorities”, says Nichola Peters, a partner at Addleshaw Goddard.

Supportive statements from the US Government in recent months have helped to assuage these concerns, and non-US banks appear to be softening their stance, particularly for trade deals that can be structured via an intermediary in a second country.

Furthermore, the stricter US approach could actually benefit UK businesses, who have an opportunity to start developing business in Iran while their US competitors are prevented from doing so. The UK government has also put in place some export trade finance to try to help British businesses fund deals with Iran, says Peters.

For businesses that want to enter Iran, the most straightforward structure is likely to be a joint venture with an Iranian partner. It is certainly the least risky, says Louise Pritchard.

“Partnering with an established Iranian business enables you to tap into their knowledge of the market, their local supply and distribution networks and their relationships with key players, so you can hit the ground running. Trying to do it on your own is likely to require a large lead time and be very demanding due to the bureaucratic hurdles that a business will need to overcome” explains Louise.

In doing so, businesses need to be flexible in their approach. Iranian businesses with recourses to facilitate these opportunities recognise that they have a strong negotiation position and are therefore less incentivised to agree to terms that multinationals would expect to obtain in the West, especially on matters such as exclusivity. Similarly, businesses should carefully consider the potential consequences if the joint venture does not work out as planned. Although the Iranian courts have a similar approach to that of the UK courts on the interpretation of contracts, where ambiguity exists they are likely to favour the side of a local business over that of a foreign investor. Further, unlike the UK courts, Iranian courts are likely to require specific performance of a party's obligations rather than let the foreign investor buy their way out.

A further difficulty for all businesses wishing to enter into the Iranian market, whether via a joint venture, acquisition or distribution arrangement, is due diligence on the identity of the Iranian counterpart, which will be of paramount importance to many businesses. Unless listed, there is no requirement for corporate bodies to disclose their shareholders or persons exercising control. Where listed, only those shareholders holding over 1 per cent of the listed securities have a duty to disclose their identity and even then this obligation extends only to the immediate shareholding level which enables ownership to be concealed behind nominee arrangements or off-shore companies etc. Unless the Iranian counterpart is co-operative in offering up full disclosure on their ownership structure, investors may find it impossible to fulfil their own internal compliance procedures on who they are doing business with. There are ways in which businesses can get themselves more comfortable.

Iran presents an interesting opportunity for the beverages sector; as the second largest market in the Middle East it is largely dominated by local brands, apart from a few global players in the carbonated sector. The introduction of energy drinks and branded bottled water is proving popular amongst the "millennial" generation who are more responsive to trends and advertising than those before them. The opening up of distribution networks, access to social media (although banned, many have access via a third party proxy) and the potential for larger scale supermarkets provides an opportunity for businesses to introduce brands on a larger scale than previously seen.

On the other hand, using an Iranian distributor to get your products to market is riskier, she says, not least because doing due diligence on Iranian companies is extremely difficult, so finding out who the ultimate beneficial owner of a business is can be virtually impossible, making regulatory compliance very difficult.

For retail and consumer businesses that are prepared to invest the time and effort, however, Iran represents a potentially lucrative opportunity that it would be unwise to ignore.

Addleshaw Goddard’s French preferred firm, August & Debouzy, has opened a new Iran desk to advise businesses seeking to capitalise on the potential of the Iranian market.

Launched in July 2015, the team in Paris is headed by partners Mahasti Razavi and Kami Haeri, both Iranian and fluent Persian. It aims to help clients navigate the country’s legislative and regulatory framework, as well as the cultural differences of doing business with Iran.

“Iran has said consistently that it is open to foreign investment in a number of key sectors, and we hope to help our clients make the most of these opportunities”, explains Mahasti Razavi.

“We are advising clients from a diverse range of sectors, from telecoms to construction, consumer goods to infrastructure. It shows that it is not just one type of business that see opportunities in Iran.”

“Iran is a very modern country, despite the image we might get from the media. Although there are always going to be legal differences and complexities when doing business in another country, they are no better or worse with Iran than with any other country. The legal framework is based on civil law and is quite sophisticated.”

“Although the fear of sanctions remains a sensitive issue for many banks, in recent months we have seen some independent banks putting in place processes to make it easier to secure finance for trade deals with Iran. After a nervous first 12 months following the lifting of sanctions, going forward we expect to see more and more businesses exploring the huge potential Iran has to offer”, says Mahasti. 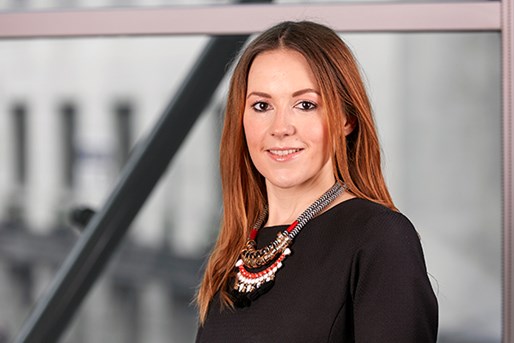