The High Court has ruled that an assignment of a "new" lease by a tenant to its guarantor is void. 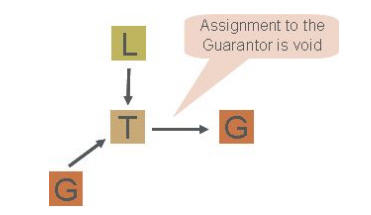 Section 5 of the Landlord and Tenant (Covenants) Act 1995 ("the Act") releases tenants under "new" leases (mostly those dated on or after 1 January 1996) from the lease covenants on assignment. Section 24 of the Act releases guarantors only to the same extent as the tenant they have guaranteed is released. Section 25 is an anti-avoidance provision which makes void any attempt to frustrate the operation of the Act.

In K/S Victoria Street v House of Fraser (which we reported on here) the Court of Appeal confirmed that a guarantor of a tenant cannot be obliged to, nor voluntarily, provide a guarantee of an assignee. Obiter comment was offered by Lord Neuberger to the extent that the decision would "appear to mean that the lease could not be assigned to the guarantor even where both the tenant and guarantor wanted it".

Amanda Tipples QC's judgment in EMI Group Ltd v O&H Q1 Ltd has followed Lord Neuberger's comments and surprised the industry by very clearly stating that "a tenant is precluded under the Act from assigning the tenancy to its guarantor and any agreement which seeks to give effect to such an arrangement is void".

Whilst clarifying one point of uncertainty, this decision appears to fly in the face of common sense, although Amanda Tipples QC commented that "the fact such a conclusion is unattractively limiting and commercially unrealistic is neither here nor there".

A whole new set of uncertainties have been created, including the following:

The decision will create the need for further scrutiny of existing leasehold structures, especially: during due diligence on investment purchases; where landlords are consenting to assignments (particularly those intra-group); and where security reviews are being undertaken.

It will be interesting to see whether this decision is appealed or whether it is the cause of further, separate litigation.