The firm is on course to record a fifth consecutive year of double-digit percentage income growth in Scotland since it merged with HBJ on 1 June 2017. Compared with 2017, AG now has 70% more solicitors across offices in Edinburgh, Glasgow and Aberdeen, with 69 trainees also joining the firm in that time.

David Kirchin, Head of Scotland at Addleshaw Goddard, says the firm has set ambitious targets to continue that growth trajectory over the next three years.

He said: "The growth and development of our business in Scotland has exceeded all expectations over the past five years, and we are using this milestone to set new targets as we look to build on that success.

"Our commitment is to continue our work with growing businesses and organisations, along with their investors/funders, across all of our sectors in Scotland and the wider UK, as well as supporting international businesses as they look to develop here.

"Being part of an international firm has allowed the teams in Scotland to get involved in international work, both inward and outward, that they simply wouldn't have had the opportunity to do before. We have been able to provide huge opportunities for our people and create career opportunities at the top level of the UK legal profession here in Scotland and we'll continue to seek the best talent and develop our own people."

Addleshaw Goddard opened its new Aberdeen office in 2019 and is actively recruiting to its team there and across Scotland.

In addition to a number of Scottish lawyers taking up positions at the firm's global offices over the past five years, several Partners in the Scottish team have key roles in the wider firm's sector teams, including: Alison Newton, co-head of the UK & International Real Estate Sector; David McEwing, co-head of Energy & Utilities; Helena Brown, head of Data; Sarah Baillie as co-head of Renewables and Low Carbon; and David Anderson playing a leading role in the firm's work with high-growth tech businesses.

Addleshaw Goddard also plays an active role in the Scottish business and legal communities, for example partnering with leading economic think-tank The Fraser of Allander Institute on the 'Scottish Business Monitor', which gauges the sentiment of more than 500 Scottish businesses every quarter, working with charities including the Rock Trust, and partnering with The Lawscot Foundation to help academically gifted students from less advantaged backgrounds access a career in law.

David Kirchin added: "When HBJ joined AG, the driving force was to deliver stronger UK-wide client and sector offerings in response to increasing client demand for advisers based in the Scottish market with a capability across the UK and beyond. We targeted growth in a number of key sectors, particularly transport, energy, real estate, financial services and tech – and we have delivered that."

"Thanks to the support of clients who have been with us for a long time, and also those who have come to us more recently, the past financial year has been strong, giving our teams confidence as we continue to invest for the future development of the business in Scotland."

The growth in Scotland is supported by wider developments within the firm as, in the past five years, Addleshaw Goddard has opened multiple offices in Germany and France, and earlier this year expanded into Luxembourg and Ireland. The latter move came through a merger with Dublin-based firm Eugene F Collins which was strongly influenced by the Irish partners' experience of speaking to those who had been involved in the merger in Scotland. 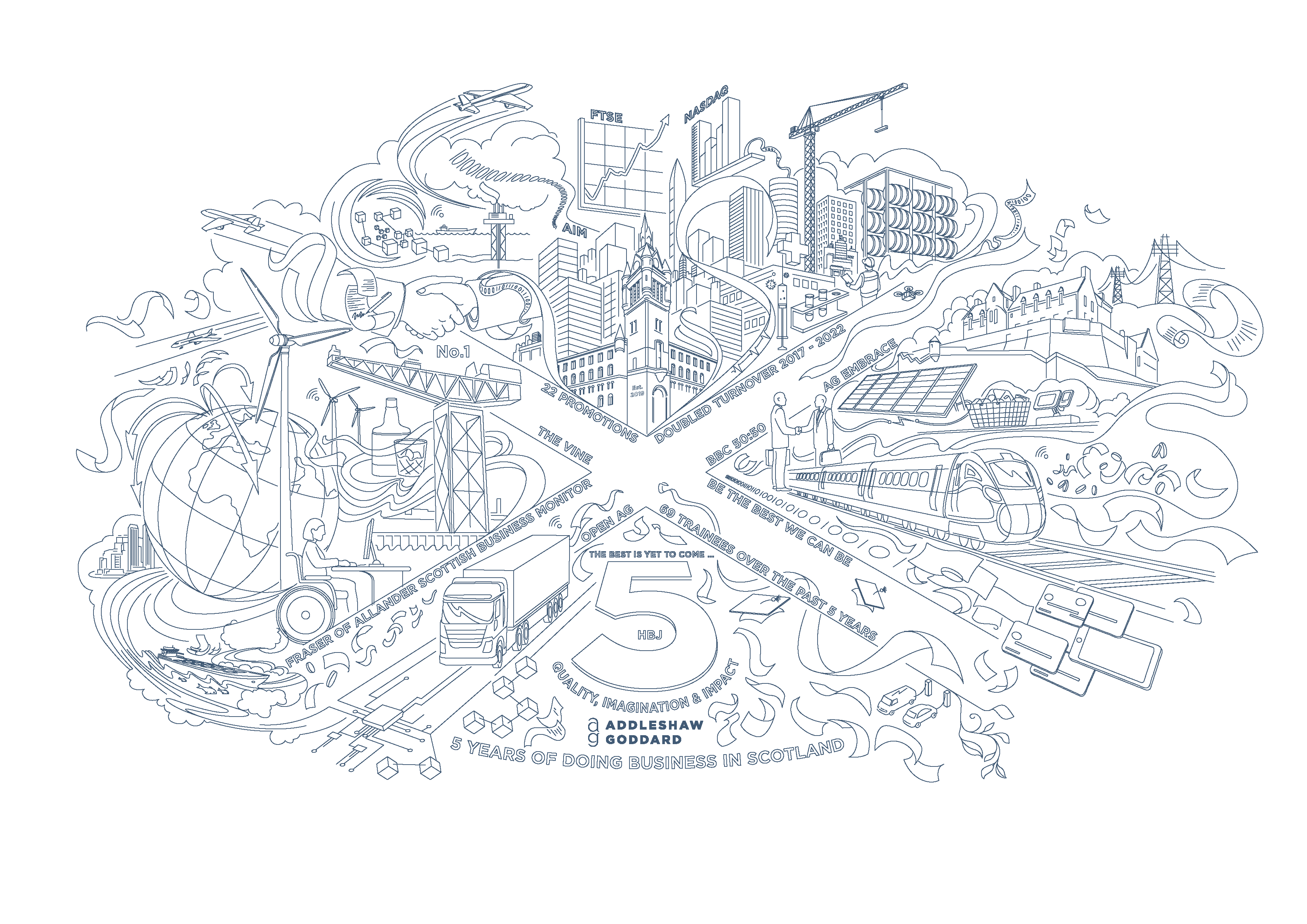 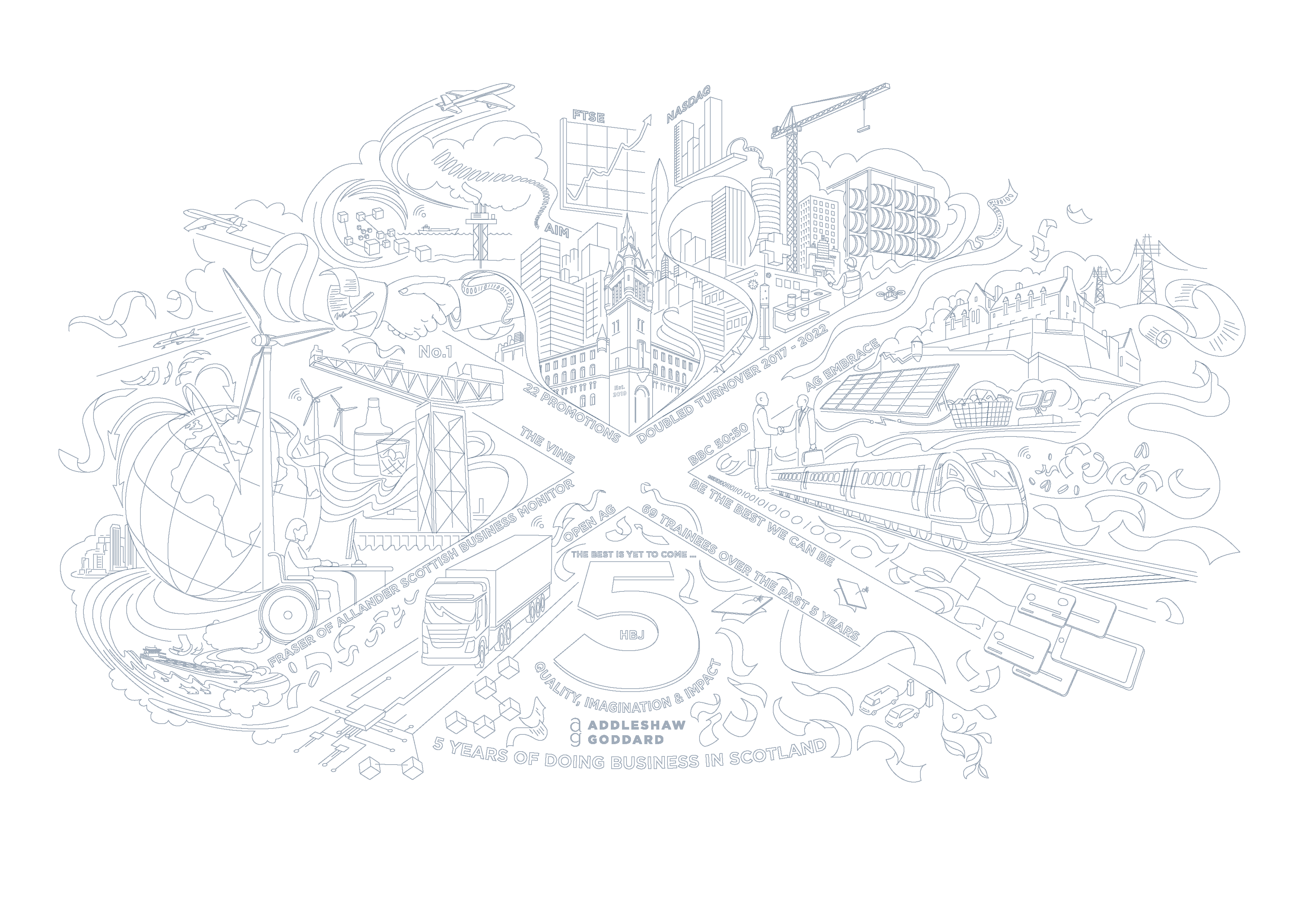 Scottish Business sentiment still in the black despite growing pressures