IMPACT OF BREXIT IS MAINLY COMMERCIAL

The main impact of Brexit on UK real estate has and continues to be commercial in nature rather than legal. The reason for this is that the laws underpinning property letting and ownership are generally unaffected by Brexit as they are domestic in origin and therefore specific to the jurisdictions of England, Wales and Scotland.

Although the Brexit transition is not fully settled yet, the Brexit trade deal in December proved a turning point as it largely clarified the future relationship between the UK and the EU. Prior to this, inward real estate investment in the UK had shrunk materially with international capital instead being focused on countries like France and Germany. However, the Brexit trade deal between the UK and the EU has reduced currency risk for international investors, therefore making future sustained capital flows into the UK more likely.

ANY POTENTIAL FOR DISRUPTION?

Alongside the formal agreement, the UK and the EU have unilaterally put in place various temporary grace periods and further transitional phases. In the short term, over the next 12-24 months, many of the transitional arrangements are scheduled to end. Looking further ahead, currently existing UK-EU agreements (for example regarding fishing and the Northern Ireland Protocol) will begin to expire and be reviewed in the next four to five years. From a certain perspective, this indicates that there is still some unfinished business, and consequent future uncertainty for some sectors of the UK economy. This could mean some continued, if somewhat selective, uncertainty for those involved in real estate.

Particularly in London, there are some lingering doubts regarding market positioning. There is currently little clarity on the implications of the trade deal on the services sector, notably, financial services. So far, the UK and EU have agreed a Memorandum of Understanding (MoU) relating to the creation of a "framework for voluntary regulatory cooperation in financial services between the UK and the EU”, which is a necessary step towards a longer-term decision on regulatory equivalence. Such a decision would go a long way in reducing any potential friction in cross-border financial services transactions, including cross-border investment between the UK and EU countries. However, any future potential UK/EU divergence could cause sticking points for agreeing long-term equivalence and in turn potentially jeopardise London's standing as a key international financial hub. Financial institutions may in turn be tempted to move trading positions to within the EU. The separation of the UK from the EU and the increased interest in mainland Europe could mean that international investors and corporates may look to increase their presence in regional markets over the UK, due to the need to be more 'local'.

Up until now, London has enabled the UK to be the third-largest real estate market in the world. However, the increase in agile, homeworking workforces, caused by COVID-19, may also create a further challenge to the UK being a key international trading post, due to the development of a greater spread of global workplace options. In the long-term if ignored this could potentially have a more destructive influence on the City of London than the relative impacts of Brexit. The challenges are real – as are the opportunities reasons to be cheerful.

In the unlikely event that the Brexit transition does result in a mass exodus of financial firms from London, investment into the tech industry and life sciences has the potential to become equally important and influential in terms of drawing real estate investors. Media and technology is core growing sector for London. This is exemplified by the fact that both Google and Apple chose London as their European headquarters and in turn demonstrates business confidence in London as a key industry hub. Likewise, the City's legal and insurance sectors continue to thrive and are both important and long standing industries for London.

While there have been some exits from the UK market due to Brexit, there has notably only been one significant legal development relating to occupiers, which ended up having a positive outcome for the market by providing clarity. In Canary Wharf Limited v. European Medicines Agency, the judgment from the High Court stated that the EMA's lease of premises in London would not be frustrated, in other words, "brought to an early end" by Brexit and the EMA's consequential relocation to Amsterdam. This ruling established that Brexit could not be used by as a reason by tenants to terminate their letting agreements. The subsequent exit of the European Medicines Agency from Canary Wharf last year could also prove to be a positive if the current real estate gap is plugged by the development of a government-backed life sciences centre, which is due to be discussed in Parliament in the coming weeks.

Despite the challenges of Brexit uncertainty and the Pandemic during 2020, London's commercial and mixed-development market was surprisingly resilient. According to React News, there were £2.2bn of development deals across 39 transactions during the year. Although it has been a bit of a slow start to 2021, the investment pool has become far more comfortable with transacting in a post-Brexit world than it was pre-Brexit. Bidders for core and durable income streams in office, logistics and multifamily are far more likely to invest now that the Brexit deal and transition are in place than they were prior to the agreement at the end of 2020. 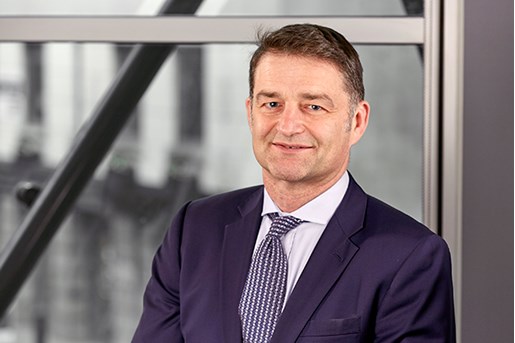