Two years after the end of the Brexit transition period, the UK's new domestic subsidy control regime came into full force on 4 January 2023.

We run through the latest changes and provide insights into some key practical aspects of the new regime. Our key takeaway: when it comes to preparing a mandatory referral notification, public authorities and recipients of subsidies should not underestimate the workload involved – frontloading the work before the process officially starts is essential to securing good outcomes.

The Subsidy Control Act (the Act) came into full force on 4 January, having been partially in force since April 2022. The new regime will be largely familiar to those who have got to grips with subsidy control under the EU-UK Trade and Cooperation Agreement (TCA), but the Act introduces some important changes:

A number of new guidance documents were published ahead of 4 January – see the "Relevant links and guidance" section below for useful links.

We would recommend that public authorities and frequent recipients of subsidies familiarise themselves with the guidance. In particular, public authorities are expected to carry out their assessment for the purposes of a mandatory referral in line with the BEIS Statutory Guidance.

the expansion of the final principle to require consideration of negative effects on competition and investment within the United Kingdom as well (rather than just between the EU and UK).

Brief overview of the new regime

What constitutes a subsidy of particular interest?

Public authorities and recipients of larger subsidies are now required to engage in a more formal and structured process before any subsidy is granted. The bulk of the work in preparing for this process will of course need to occur prior to the statutory timeframes kicking in – this will be crucial to ensuring that the referral is not rejected as incomplete upon submission to the SAU (a result which would delay the start of the 30 working day review period).

To aid with preparing a complete referral, public authorities are advised to engage in pre-referral discussions with the SAU as early as possible after it becomes clear that a mandatory referral is necessary. The SAU will not provide any advice on the subsidy itself during this phase but will help the public authority to identify the information that should be submitted alongside the referral.

The SAU expects public authorities to have conducted a thorough assessment of the subsidy's compliance with the principles (following the BEIS Statutory Guidance) and to present evidence to support the same. We anticipate that, to some extent, the necessary evidence will reflect the evidence prepared by the beneficiary when applying for the subsidy. The referral is likely to involve the creation of additional evidence which would not previously have been required – particularly where dealing with larger or more complex subsidies. This might include:

To ensure a smooth notification process, you should factor in time to deal with the treatment of confidential information in the SAU's report. Given the short timescales involved for the SAU's evaluation process, timings for making representations to the SAU are very tight, so frontloading this work as much as possible is key. The CMA has publicly stated that it expects public authorities to plan for these confidentiality checks before submitting a referral, and schedule public announcements appropriately if there are commercial or policy sensitivities to publication[1].

Third parties can also engage with the SAU. Given tight statutory timings, third parties would typically need to provide their views within 10 working days in order to be factored into the SAU's evaluation. The SAU has indicated that it will generally not publish third party submissions but will share them with the public authority as ultimate decision-maker on the subsidy[2].

The SAU's role is only advisory

The SAU's role is not to approve or block the subsidy, but to issue a report which includes an evaluation of the public authority’s Assessment of Compliance, which takes into account any effects of the proposed subsidy or scheme on competition or investment within the United Kingdom. The report may also include advice about how the public authority’s assessment might be improved or the proposed subsidy may be modified to ensure compliance with the subsidy control requirements under the Act. It is then for the granting authority to decide whether and on what basis to ultimately grant the subsidy.

There is therefore room for public authorities to depart from the SAU's advice. Public authorities should think carefully before doing so in practice however. The SAU's reports will be published and details of the subsidy will be shown on the transparency database, making it clear to would-be challengers that the public authority has not followed the SAU's advice. Accordingly, such a decision is likely to make them more vulnerable to judicial review challenge. Of course, there may be good reasons why a public authority chooses to depart from the SAU's recommendation – where this is the case, we would advise them to give some thought to how they fully document their rationale in case of future challenge. One example could be where the SAU took account in its analysis of a third party submission which, in the local authority's considered view, is not accurate.

Linked to this, it is worth noting that the SAU's information gathering powers relate to the preparation of reports on the regime under the SAU's monitoring functions. Public authorities and subsidy recipients will have an incentive to provide complete and accurate information, as the SAU can reject their referral or stop the review clock.

The SAU has indicated that it will not provide "no subsidy" decisions. Where the SAU considers that the circumstances of a case do not trigger the application of the subsidy control regime, it will instead suggest to the relevant party that it withdraws its notification.

The Government has confirmed that the new regime will include "streamlined routes" which will set out criteria for certain categories of subsidy schemes in relation to which it will not be necessary to carry out the usual principles assessment provided the relevant "terms and conditions" are met – see the Government's policy statement and illustrative examples published in January 2022. To date, the Government has published 3 streamlined subsidy schemes and associated guidance. These relate to:

(3) local growth – allowing subsidies for SMEs for business development projects, subsidies to support the employment of workers with disabilities and disadvantaged workers.

Each streamlined route is subject to a number of "terms and conditions" (including in relation to eligible costs, subsidy ratios and maximum award amounts) which will be largely familiar to those with knowledge of the EU's General Block Exemption Regulation (GBER) regime.

These routes present an opportunity to lessen the burden on public authorities and subsidy recipients to some extent, as assessing the compliance of subsidies made under a scheme will become more akin to a tick box exercise rather than an individual principle assessment. It was also hoped that the introduction of the streamlined routes would avoid the need to notify certain subsidies of particular interest to the CMA (in the same way as GBER exempts aid from notification). However, the latest information published by the Government suggests that opportunity is yet to be fully realised, as, with one exception (for green heat networks under the energy usage streamlined route), the maximum award amounts under the examples published to date are well below the upper threshold for subsidies of particular interest.

The Government is keeping this aspect of the regime under review and could designate more streamlined routes or amend the terms and conditions of existing ones in future.

[1] CMA, Summary of consultation responses – Summary of responses to the draft Guidance on the operation of the subsidy control functions of the Subsidy Advice Unit (CMA166resp), page 11.
[2] SAU Guidance (SAU1), paragraphs 3.23-3.24. 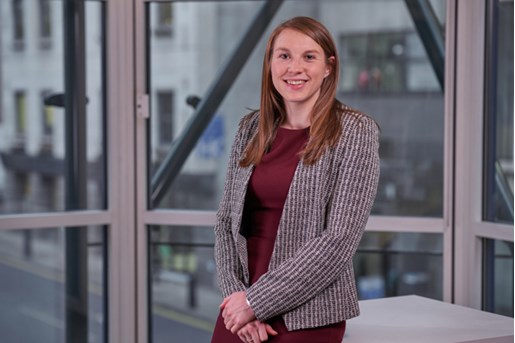