Subsidies of Particular Interest and Subsidies of Interest are key concepts in the new regime that is to govern the grant of subsidies in the UK.

The UK Government published its Subsidy Control Bill (the Bill) on 30 June 2021. This largely reflects the UK's obligations set out in the UK-EU Trade and Cooperation Agreement which are, at present, the key starting point for determining whether subsidies are legal or not. (See our briefing on the publication of the Bill.)

The Bill introduced the concepts of i) Subsidy (or Scheme) of Particular Interest and ii) Subsidy (or Scheme) of Interest. These two categories of subsidy are considered more likely to cause negative effects on competition and investment within the UK or on international trade; the former will be subject to mandatory referral to a Subsidy Advice Unit (SAU) that is to be established within the CMA, and the latter subject to voluntary referral.

Until now we have had very little insight into what might constitute a Subsidy of Particular Interest or Subsidy of Interest. But on 25 January 2022 the Government published a set of policy statements, illustrative (draft) regulations, and guidance that provides more detail on these, as well as on the so-called Streamlined Subsidy Schemes (a form of block exemption) that are to be introduced, and further illustration of how the new regime is expected to operate. This helps to clarify where a mandatory referral to the SAU might be required, where a voluntary referral is recommended and where public authorities will be free to proceed without considering making a referral.

The SAU will report on whether the Subsidy of Particular Interest or Subsidy of Interest complies with the subsidy control principles. Its report will be non-binding, but should provide an authoritative second view for the public authority on the compatibility of its proposed subsidy with those principles.

Unless it falls within one of the exemptions detailed in the Bill[1], a subsidy is a Subsidy of Particular Interest under the draft regulations, and the public authority will be required to send its assessment to the SAU before it grants the subsidy, if:

Subsidies of Interest are subsidies that:

Public authorities will have the option of sending their assessment of the subsidy (or a subsidy scheme that may allow for the grant of a Subsidy of Interest) to the SAU prior to award.

The voluntary route is expected to be used in cases where a subsidy or scheme might pose a substantial risk of negative effects on domestic competition and investment or international trade, but where there is scope for public authorities to make their own judgements about the existence and extent of that risk. The Government intends to publish guidance to assist public authorities in their assessment of whether to make a voluntary referral. This will set out the design features that are likely to make a Subsidy of Interest more suitable for a voluntary referral. The Policy Note published by the Government explains these are likely to include cases where:

It is worth noting that the Secretary of State will have the power to call in any subsidies or schemes for review that are not caught by the mandatory regime. The Policy Note states that this power is intended purely as a safeguard and the Bill limits its use to Subsidies or Schemes of Interest that have not been voluntarily referred or subsidies or schemes where there is a risk of negative effects on competition and investment within the UK. While we expect this power to be used only in very exceptional circumstances, the restrictions on its use, as set out in the Bill, are not in fact particularly limiting and further guidance on when the Government expects this power to be used would be helpful.

New illustrative guidance has also been published on Streamlined Subsidy Schemes which are one of the categories exempt from mandatory or voluntary referral. For the purposes of this exemption, the Government will establish Streamlined Routes for categories of subsidies considered to be at low risk of causing negative effects on competition and investment within the UK, or on international trade, and which the Government judges to be consistent with the subsidy control principles. Where a subsidy or scheme meets all of the criteria of a Streamlined Route, it can be considered compliant with the UK subsidy control regime. In essence, Streamlined Routes will act as a replacement for the EU's General Block Exemption Regulation (GBER) (although the Government insists they will be more flexible than the various GBER exemptions) and should give local authorities greater certainty as to the legality of subsidies for certain purposes.

A full list of currently proposed Streamlined Routes is yet to be published, but they are expected to address Government policy objectives, including Levelling Up and transitioning to a Net Zero economy. Two examples of what the criteria of a Streamlined Route might look like have been published: Clean Heat and Research, and Development and Innovation. Both are categories covered by GBER and the illustrative criteria do not look vastly dissimilar to the equivalent criteria under GBER.

Policy is still being developed and it is not yet clear when the new legislation will enter into force, but this latest round of guidance and illustrative regulations has provided some much needed insight into the expected scope of the mandatory regime and the operation of the referral system. As currently drafted, the criteria for Subsidies of Particular Interest has the potential to capture a relatively large number of subsidies for referral. The precise scope will largely depend on the final value thresholds set by the legislation and on the ambit of the Streamlined Routes, which are still being developed. The full guidance is to be published in sufficient time for public authorities and other stakeholders to familiarise themselves with the new rules before they take effect. After implementation the functioning of the new regime will be kept under review.

The UK outside the EU has the opportunity to shape a more nimble subsidy regime; clarity, flexibility and speed will be required of the new framework to ensure that  investment programmes at national, regional and local level are not slowed or disrupted. Under the Bill the SAU has thirty days to report on referrals and this may prove challenging, particularly if authorities looking for reassurance in the early days of the new regime make more voluntary referrals than anticipated. However SAU reports should provide a welcome steer for individual authorities and further guidance that builds on experience over time broader reassurance in the longer term.

[3] The precise figure is to be determined. 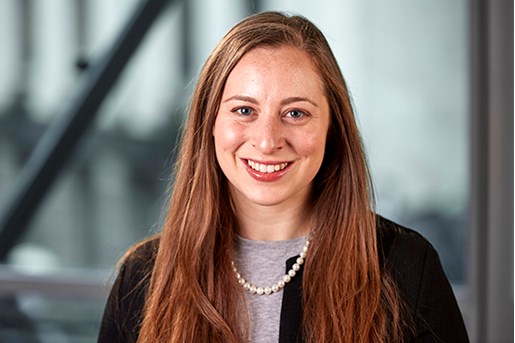