Two of the most valuable assets for a business are often its people and confidential information.

Private equity backed businesses can be particularly vulnerable to senior employees leaving and then setting up in competition. And when an individual leaves a business there can be a temptation for them to also take confidential information (client lists, product pipelines, pricing information, business plans, and know-how being the typical hit list) and/or ignore restrictive covenants.

When a private equity company acquires the assets of another company, for example through a pre-pack, restrictive covenants and their effect following a TUPE transfer, are often overlooked as they are usually hidden in employment contracts, but identifying and enforcing these clauses is often crucial to maintaining the value of the newly acquired business.

WHAT HAPPENS WHEN THERE IS A TUPE TRANSFER?

In broad terms, the Transfer of Undertakings (Protection of Employment) Regulations 2006 (TUPE) comes into effect where there has been a business transfer or a service provision change.

WHAT DOES THIS MEAN FOR RESTRICTIVE COVENANTS?

The principle that restrictive covenants can transfer under TUPE was established some time ago, in Morris Angel and Son Ltd v Hollande [1993] IRLR 169, [1993] 3 ALL ER 569. The facts were:

Recently, in P14 Medical Ltd v Edward Mahon [2020] EWHC 1823 (QB), [2021] IRLR 39, the court has maintained that stance by holding that the contract of employment (including the restrictive covenants) between Mr Mahon (employee) and the business that had been transferred took effect as if it had originally been made between the employee and P14 Medical Ltd (transferee). The court noted that:

2. If the matter went to a full trial, the transferee was likely to be successful as the express restrictive covenants were clearly part of the employment contract between the employee and the transferee, as transferred, were not an unlawful restraint of trade, and would likely be breached by the employee's new employment with a competitor of the transferee.

3. The transferee would be successful in establishing that, post termination of employment, the proposed activities of the employee on behalf of his new employer would also breach his implied contractual obligation not to use or disclose trade secrets of both the transferred business and the transferee's business.

The court's position in P14 Medical shows that enforcement of a restrictive covenant is a powerful tool to limit the impact of senior employees leaving the business. Injunctions can be granted against employees who seek to unlawfully compete by failing to comply with their restrictive covenants. Thereby protecting the value of new business purchases.

When considering purchasing a business a potential purchaser should consider what restrictions are currently in place and whether they are enforceable. There can be a temptation to introduce new covenants at the same time as a TUPE transfer. However, this should only be done following specialist legal advice.  Otherwise, the buyer could be faced with more immediate problems, such as claims for constructive or unfair dismissal. 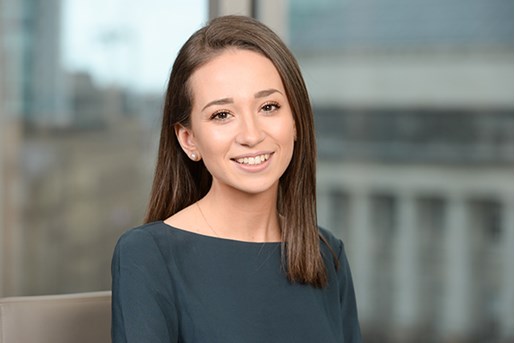 Addleshaw Goddard is recognised as the market-leading Business Protection Practice. Our team’s work focuses on advising organisations on team moves and helping employers to manage the risks stemming from employees, directors, shareholders and third parties who pose a threat to their legitimate interests, by taking action to enforce the employer’s rights and protect confidential information ranging from securing undertakings or obtaining injunctive relief, to pursuing claims for damages/loss of profits.

The importance of getting your redactions right