Africa has seen a huge increase in the use of digital currencies, with Kenya, South Africa and Nigeria all currently in the top 10 in the world for adoption. In June, the Central African Republic became only the second country in the world (behind El Salvador) to adopt Bitcoin as legal tender. Why? Well, in addition to economic stagnation, debt crises and political instability which have resulted in weak fiat currencies ravaged by inflation, African economies have historically been beset by a lack of financial infrastructure and access to individual financial independence. Cryptocurrencies seek to address all of these issues and, as a consequence, have gained increasing acceptance among a large proportion of the low income population that was previously financially marginalised.

On a broader (business) level, it is widely thought that Africa will lead the world in capitalising on blockchain technology before the end of the decade. The adoption of blockchain across the continent has precipitated a huge swell in the African fintech scene. The distributed ledger technology behind blockchain has created new possibilities for transparent, decentralised and fraud-proof solutions – all of which had previously provided barriers to entry and success in large parts of the continent.

There are, as ever, significant hurdles to overcome before digital assets and blockchain technology can be fully embraced and embedded across Africa, chief among them being connectivity and regulation, but these are being addressed and provide significant opportunities for African businesses.

With many Africans using cryptocurrencies for everyday transactions rather than speculation, usage remains high across Africa even as values tumble.

From institutional crypto usage in the United Arab Emirates to remittance payments in the Egyptian market, the last year revealed major growth for crypto in the MENA region.

Demand for blockchain developers is rising in Africa

Blockchain technology will anchor the continent’s efforts in solving some of its most pressing hurdles.

Silicon Valley-based startup Polygon is joining Africa’s blockchain revolution, targeting to support the continent in the next phase of blockchain advancement after millions of dollars were injected into the tech sub-sector last year.

The Blockchain Revolution: Why Africa Needs To Pay Attention

When the average Joe hears about blockchain, he’d be forgiven for thinking “cryptos”, but there is much more to blockchain technology than the cryptocurrency market.

Along with “blockchain”, there is also a tendency for people to hear the terms “bitcoin” and “nonfungible tokens (NFTs)” and to associate these with online scammers or someone who became wealthy overnight. Worldwide, blockchain is not limited to creating bitcoin millionaires but is being used to unlock the future digital economy, decentralised financial services, smart contracts, bottlenecks in service delivery and much more.

Pan-African cryptocurrency exchange Yellow Card Financial has announced closing $40 million in Series B financing to fund its growth plans. This comes just a year after the blockchain startup announced its Series A financing.

The bank warned against the "wholesale" banning of customers who have digital assets.

According to Arcane Research, African countries such as Nigeria, Kenya, Egypt, Mauritius, Uganda, Ghana, Seychelles and South Africa are among the leading nations for crypto adoption worldwide.

With crypto adoption in Africa positioned to double in the coming years, one might wonder which cryptocurrencies are most used on the continent. This article discusses the 10 most popular coins and tokens in Africa, along with the top 5 countries in Africa for investing, setting up your business or growing your crypto network.

In traditional barter trade, mutual integrity and respect were expected of traders in different market places. If your bag of rice was worth the equivalent of three goats, you’d expect nothing less, and likely feel cheated if your fellow trader tried to convince you that you should instead take two adult goats and a kid. If such a dispute came up, you’d then hope to find a trusted third party to mediate your conflict. The rise of conflicts in trade agreement gave rise to intermediaries and eventually merchants in markets who could be trusted to maintain trust in a market set up.

Blockchain memo: The State of Blockchain in Africa

My Name is Hanu; Fejiro Hanu Agbodje. I am the Founder and CEO of Patricia. Patricia started as an exchange for gift cards and has swiftly metamorphosed into a crypto exchange that has grown to become one of Africa’s leading crypto and infrastructure providers.

We at Patricia believe that a critical utility of Blockchain lies in its ability to solve inherent, Africa-specific problems to democratize the financial landscape. As a company, we have tackled some of those problems for 900,000 Users and Merchants. In doing so, we have contributed to financial inclusivity, job creation, the development of a talent-based economy, and the creation of new wealth amongst young Africans.

The rise and risks of the cryptocurrency market in Ghana

Lauretta Otoo, Selasie Atuwo, and Frank Amuh of CQ Legal and Consulting report on the rapid increase in cryptocurrency ownership in Ghana and the security and money laundering risks involved.

Binance, the world’s largest cryptocurrency exchange, has relaunched crypto futures in South Africa, which is one of Africa’s largest economies.

The crypto market is revamping after a slump that saw investors suffer billions of dollars in losses.

Market or financial research institutions estimate that the number of crypto owners in East Africa currently is almost 12 million.

Nigeria has clinched the top ahead of Kenya in crypto adoption in Africa, pushing Kenya to second place on the list with the adoption score of 0.521 as against Kenya’s 0.397. 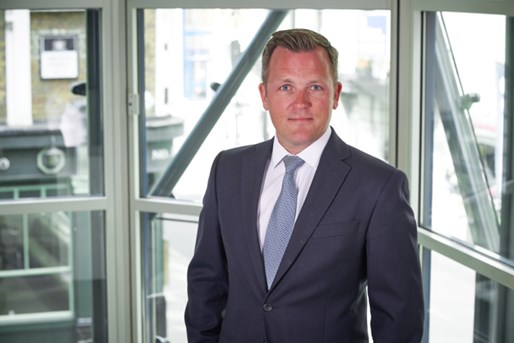