HARASSMENT CLAIM GETS GREEN LIGHT: A WARNING TO THOSE INSTRUCTING OR CONDUCTING INVESTIGATORY SURVEILLANCE ACTIVITIES DURING LITIGATION

In November 2020, the High Court (before Richard Spearman QC) dismissed the Defendants' strike out application, allowing the Claimants' harassment claim (among others) to proceed in respect of the surveillance activities of private investigators, instructed during the course of a separate claim involving the same parties.

ENRC had previously instructed Mr Gerrard – a partner at law firm Dechert - in 2011 in relation to its own internal investigations and self-reporting ahead of a potential SFO corruption probe into the company. In 2017, ENRC brought a Commercial Court claim against Dechert and Mr Gerrard, alleging that he had secretly leaked confidential and privileged information to the press and the SFO in a ploy to trigger a formal SFO investigation into ENRC which, in turn, would generate millions of pounds of new work for the firm (ENRC's Commercial Court Claim).

This strike out application is part of a satellite claim brought in respect of the surveillance of Mr Gerrard and his wife (the Claimants) carried out by Diligence International (Diligence) on the instruction of ENRC (together, the Defendants), during the conduct of ENRC's Commercial Court Claim. The Claimants brought proceedings against the Defendants for breaches of data protection law, misuse of private information, harassment (under section 3 of the Protection from Harassment Act 1997 (the PHA 1997)) and trespass.

The surveillance activities in question, at their worst, involved the installation of camouflaged surveillance cameras on tree branches outside the Gerrard family home, and even following Mr Gerrard and his wife while on holiday at a private, secluded island in St Lucia.

The Defendants' strike out application

The Defendants applied to strike out (among other things) the Claimants' claim of harassment under section 3 of the PHA 1997, on the basis that they had no real prospect of success.

The Defendants argued that their surveillance activities were lawful and in pursuit of a legitimate aim: investigating and, perhaps, even preventing Mr Gerrard's alleged wrongdoing for the purposes of ENRC's Commercial Court Claim. The Defendants argued that the surveillance activities could not amount to unlawful harassment as their intention, by being deliberately covert, was that they would not be discovered; by extension, their conduct could not have been deliberately calculated to cause harm to the Claimants.

The PHA 1997 does not provide a statutory definition of "harassment", which has instead been shaped by case-law. The judge referred to the House of Lord's decision in Majrowski v Guy's and St. Thomas' NHS Trust [2006] UKHL 34 for the following guidance:

Dealing with the mental element, the judge considered a concept introduced in previous authorities (since Thomas v News Group Newspapers Ltd [2001] EWCA Civ 1233) that the offence of harassment required that the conduct in question be "calculated" to cause harm to the victim. Previous authorities had no consistency, with some importing a subjective requirement (relied on by the Defendants) that the perpetrator must knowingly have intended to bring about the harm in question.

The judge rejected this subjective formulation of the test as "infelicitous, convoluted and unworkable". Instead, he ruled that the correct test had to be objective: was the conduct in question "likely to produce a particular result”, rather than was it “intended to bring about a particular result”. As to the definition of "likely", the judge stopped short of offering a prescriptive meaning, concluding that he did not need to explore this further for the purposes of deciding the strike out application. However, he did suggest that it would be closer to something that was "sufficiently likely in all the circumstances", as opposed to a higher threshold of "more likely than not".

The judge, applying Kellett v DPP [2001] EWHC Admin 107), held that the offence (or tort) of harassment takes place only when the victim learns of the harassing conduct which, on each occasion in this case, was a short time after the conduct in question. That said, the Defendants were prevented from relying on this requirement (that the offending conduct actually be discovered) as a basis to argue that their surveillance activities (by being deliberately covert) were not intended to be discovered by the Claimants and, in turn, cause harm.

Applying an objective test, the extent to which the Defendants surveillance activities may have been covert or intended not to cause distress was irrelevant. The judge was not persuaded that the harassment claim had no real prospect of success, and roundly dismissed the application to strike out.

This decision will give pause for thought to private investigators and those who instruct them. Although most ordinary surveillance activities will not be nearly as egregious or intrusive as those reported in this case, it brings into focus some of the very real legal risks (encroaching even into the territory of potential criminal liability) that have to be carefully navigated both when commissioning and conducting surveillance activities. It is indicative of a growing trend of satellite claims being brought for investigative misfeasance in the course of litigation.

Though clearly not quite the "death knell" for legitimate surveillance investigations in litigation which the Defendants argued it would be, this decision does act as a reminder that investigators and those who instruct them will be held to an objective (and, it seems, higher) standard than previously. The cloak of subjective intent – that activities were designed to be covert and therefore not intended to be discovered – will not prevent harassment claims getting off the ground. The test is now firmly an objective one.

The judge steered clear of demarcating the precise limits of what he considered to be permissible in the sphere of surveillance activities in the context of litigation, with the familiar phrase:  "it is necessary to carry out a balancing exercise between competing rights and interests". The line of what is permissible and appropriate in each case will be drawn according to "an intense focus on the facts". The judge did provide a cautionary reminder that "all those who carry out such activities already face the need to consider which side of the line their actual and proposed activities may fall."

Now that the claim will proceed it remains to be seen how the Court will rule on the substantive dispute. This judgment, however, offers an early indication of the uphill struggle the Defendants could face. 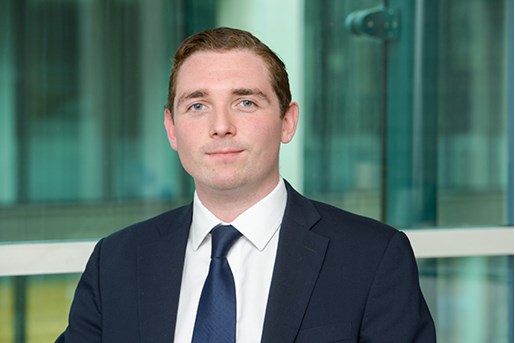