On 29 July 2021 the FCA published consultation paper CP 21/25 in which it proposed a number of changes to its internal decision-making procedure to "ensure [it] can make fast and effective decisions".

Although the proposals would maintain the role of the FCA's Regulatory Decisions Committee (RDC) in enforcement cases, they would materially reduce its long standing role in other important FCA decision-making.

Over the past few years the FCA has received considerable criticism in Parliament, the media and elsewhere.  The arrival of a new Chief Executive in October 2020 brought with it changes to the organisation's senior leadership team and internal structure, and a transformation programme which (amongst other objectives) seeks to improve the speed and efficiency of the FCA's decision-making.

CP 21/25 is a further step in that programme.  It concerns in particular reforms to the role of the RDC.  However, it is more than a technical consultation about the FCA's internal machinery.  In our view, it contains some controversial changes which could have a significant effect on firms and individuals operating in financial services in the UK.

The RDC is a committee of the FCA's board which is structurally separate from the rest of the FCA.  It currently has 17 members, drawn from a variety of professional backgrounds including the financial services that the FCA regulates (particularly banking, insurance, and investment management), and other relevant disciplines (such as accountancy, audit, consumer protection, competition law and commercial litigation).  The FCA's board appoints the RDC's Chair, one or more Deputy Chairs and other members.  Other than the Chair, however, RDC members are not FCA employees.  Usually, RDC decisions are taken by panels of 3 members.  The RDC also has its own secretariat and legal advisers.

When taking decisions, the RDC usually follows a procedure in which the FCA's staff first gather relevant evidence and make a recommendation to the panel.  The FCA's staff, and the firm or individual affected by the decision, are then able to make representations, both in writing and orally at a hearing.  The RDC considers these and arrives at a decision, which is usually set out in a statutory notice (of which there are various types) issued to the relevant firm or individual affected by it.

The RDC is part of the FCA, not independent of it, but it is a procedural safeguard.  Its core purpose, as the FCA's own published materials make clear, is to ensure that the FCA's decisions are taken fairly, by ensuring that they are not made by FCA staff who are recommending action against a firm or individual.  It exists because Parliament, when passing the legislation that created the FCA, required a procedure to be put in place so that key decisions are taken by people who were not directly involved in establishing the evidence on which the decision is based (see s395 Financial Services and Markets Act 2000).

At present, the RDC makes the FCA's decisions in a number of key areas including:

The effect of the proposed reforms would be to change the balance of FCA decision-making between the RDC and FCA executives under Executive Procedures.  The role of the RDC would be reduced, and the role of FCA executives would be increased.

In summary, on the FCA's proposals:

What matters more: fast, or fair?

The FCA's key justification for these proposed changes is that they will enable it to act more swiftly, particularly in an increasingly digital environment.  It notes that the procedure for taking decisions under Executive Procedures "is generally less formal and structured than that for decisions by the RDC" (p17).

We would suggest that the FCA's focus on the speed of its decision-making – perhaps understandable in the context of some of the criticisms it has faced – is controversial.  It seems to us inevitable that the additional speed, if it came at all, would do so at the expense of fair decision-making.

We suggest five key criticisms could be made of the FCA's proposals.

First, the FCA argues that "none of the proposed changes removes any of the rights and protections that firms and individuals subject to our decision-making processes have" (p15).  In our view, that argument will be very difficult for the FCA to sustain.  The RDC acts as a counterweight to FCA executive action – providing experienced industry input, rigour and challenge to proposed FCA decision-making.  There is no doubt that, over its history, the RDC has moderated the action the organisation has taken, and limited the FCA staff's room for manoeuvre.  It could reasonably be argued that removing the RDC from FCA decision-making in the way proposed would remove a long standing procedural protection for those affected by the FCA's decisions.  Although it appears an ability to make representations would remain (albeit to FCA executive decision makers, not the RDC), as would the ability to refer FCA's decisions to the Upper Tribunal once made, the ability to make oral representations will be removed in some cases, and there will be less disclosure of communications between FCA staff and the decision-maker.  We believe that these developments would materially weaken the rights and protections of firms and individuals, and reduce transparency.

Secondly, these reforms could have the consequence of speeding up FCA decision-making, but slowing down the overall outcomes from it, and making it more expensive.  This is because the reforms risk increasing the amount of Upper Tribunal litigation in the future, as firms and individuals seek (where they can) to challenge FCA decisions there, having had more limited opportunity to do so earlier in the process.

Thirdly, as a matter of policy, aspects of the proposals seem difficult to sustain.  In particular, the RDC would be removed from decision-making in relation to variations of regulatory permissions and some cancellations (unless an investigation was under way).  However, such variations or cancellations can be highly contentious, because they can have a more serious impact on a firm (by removing or limiting its ability to do business at all) than would the imposition of a financial penalty or other sanction through the FCA's enforcement process.  The FCA accepts in CP 21/25 that the protections the RDC offers must be retained in the enforcement process, and there can be no doubt about that.  It is therefore a concern that it considers that the additional elements of due process that the RDC provides can be dispensed with when the FCA is determining variations and relevant cancellations.

Fourthly, the FCA argues that the revised position would still comply with the underlying statute ("we consider that our proposals will continue to fulfil our obligations under section 395 FSMA. This provision does not require separation between the investigation team and the decision maker. Rather, it requires us to ensure that the decision which gives rise to the obligation to give a statutory notice is taken by a person not directly involved in establishing the evidence on which that decision is based", p15).  However it is the structural separation of the RDC from the rest of the FCA, and attendant governance, that ensure those making the FCA's decision will have had no direct involvement in evidence gathering.  Without that structural separation, the market might have far less confidence about the extent of FCA executives' involvement in prior evidence gathering, particularly when relevant disclosure will be limited (pp19-20).  We can see increased scope for litigation over this, potentially making the FCA's decisions slower and more liable to challenge than they would be under current arrangements.

Finally, a decision to remove the RDC from the FCA's decisions to bring civil or criminal proceedings (leaving that in the discretion of an Enforcement Executive Director or acting Executive Director, p25) would concentrate power in the senior FCA's Enforcement team in a manner that is not necessarily desirable.  The FCA no doubt does (as it indicates, p16) carry out a substantial amount of preparation work and analysis before taking the decision to start such proceedings.  No doubt it also takes legal advice and considers its prospects of success carefully.  However, this is beside the point.  The role of the RDC is to provide test and challenge (on behalf of the FCA's Board) to the final decision – i.e. whether or not to start proceedings once the preparation is done.  Some RDC members have vast experience of such litigation and its effect on the wider market.  In an era where the FCA's senior leadership team has messaged repeatedly that it intends to take a robust approach, including the use of litigation to test the limits of its own powers, it seems to us that the RDC's role as an experienced counterweight is needed here now more than ever before.

The FCA's consultation is being conducted over the summer of 2021.  The FCA is seeking responses by 17 September 2021. 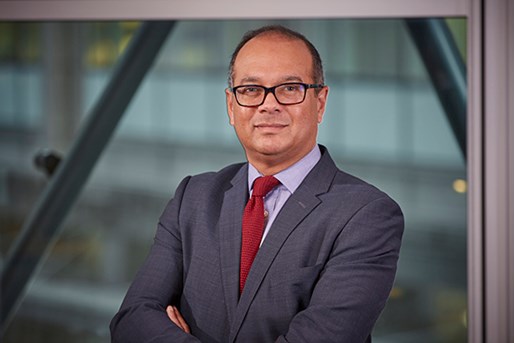 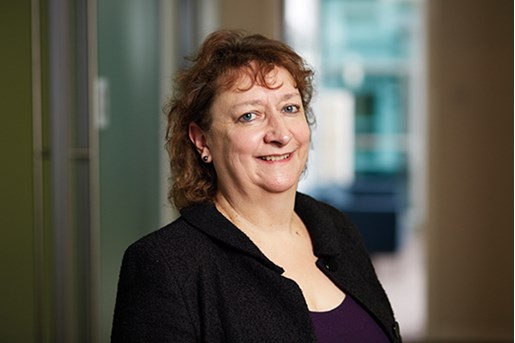 Initial thoughts on the suitability of operational resilience self-assessments