The Restructuring Moratorium - A lender's Q&A

Questions and answers on the effect of the part A1 moratorium to be introduced by the Corporate Insolvency and Governance Act 2020 from a Lender's perspective.

The Corporate Insolvency and Governance Act 2020 (CIGA) was enacted on 26 June 2020 and includes measures both as a response to COVID-19, which apply temporarily, and measures which apply permanently, part of a long-planned package of insolvency reform measures.

A new statutory moratorium forms part of the permanent measures introduced.  The purpose of the moratorium, which applies outside of an insolvency process, is to afford companies breathing space from creditor action whilst exploring rescue and restructuring options.  Importantly, both the company and a licensed insolvency practitioner (the monitor) must believe it is likely that the company will be rescued as a going concern.

The moratorium initially lasts for 20 business days, however, it can be extended by the directors for a further 20 business days and for a period up to 12 months with the consent of the court or the company's creditors.

What does this mean for lenders?

Do I have any control over the moratorium?

A monitor is appointed to oversee the company's affairs and at the outset of the moratorium must declare that it is likely that the company can be rescued as a going concern, though there is no requirement for the company to know how that will be achieved.

A monitor must bring the moratorium to an end if there is no longer a likelihood that the company will be rescued as a going concern.  Whilst the lender has no ability to control the identity of the monitor, it can take comfort that a licensed insolvency practitioner is overseeing the affairs of the company.  The lender also has the ability to apply to court to challenge the actions (or omissions) of the directors of the company or the monitor.

Will my debt still be paid during the moratorium?

Yes (or at least it should be). The moratorium does not apply to certain types of debt, such as debts arising under a "contract or other instrument" involving financial services, including bank loans, factoring, finance leasing, guarantees and swaps.

It is likely that commencement of a moratorium will be an event of default under most finance agreements (it is under LMA facility agreements) enabling acceleration of the debt.  The moratorium does not restrict a lender's right to make demand nor does it affect any rights of set off.

Can I enforce my security?

No, not without the permission of the court, which is required to enforce any security which was granted before the moratorium. Additionally, the ability to crystallise a floating charge is suspended (and any clause providing automatic conversion on the occurrence of a moratorium is ineffective). Lenders may wish to factor this into their credit approval process for a new customer.

If I can't enforce my security, what can I do?

If a lender was to accelerate the loan, making the entirety of the debt become payable during the moratorium period, unless the company can settle the debt the monitor will be required to bring the moratorium to an end. At which point, the lender would be free to enforce its security in the usual way.

Where a borrower has requested a payment holiday, lenders should consider making any consent to such holiday revocable, in the event that the company files for a moratorium without the consent of the lender so that a lender will not be prevented from accelerating the loan during the moratorium period.

Will the new ipso facto rules apply to the facility agreements currently in place?

No.  The CIGA introduces a restriction on termination of contracts for the supply of good and/or services by reason of the commencement of an insolvency process or a pre-insolvency moratorium.  However, the provisions do not apply where the supplier or the company is a bank (or other financial institution) and also contracts for loans, leasing, swaps and other derivatives and other financial services and products are exempt from the ipso facto rules. Lenders can therefore cancel non-committed facilities such as overdrafts and may be able to rely on provisions in facility agreements relating to interest.

How would my debt rank in a post-moratorium insolvency?

Should you wish to discuss any of the points raised in this Q&A in further detail, please contact a member of the team using the contact details below. 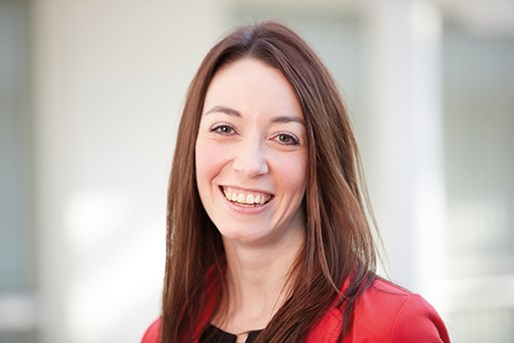