Consultation on proposals to reform the retail prices index (RPI)

The Chancellor of the Exchequer, Sajid Javid, has announced a joint consultation between the Government and the UK Statistics Authority (UKSA) on proposed changes to the RPI.

The consultation will be launched at the Budget on 11 March 2020. It will be open for responses for a period of six weeks, closing on 22 April 2020, with the intention being that a response is published before the Parliamentary summer recess.

The announcement follows the Chancellor's response to UKSA in September 2019 when the Chancellor rejected UKSA's proposal to bring forward legislation to end the publication of the RPI entirely recognising "it could be damaging to the economy and public finances" (RPI is used as the reference index for some government debt) and "highly disruptive for the wide range of users of RPI".

The Chancellor acknowledged "that there are flaws in RPI and that maintaining public trust in official statistics is important". He accepted, in principle, UKSA's proposal to align the RPI with the Consumer Prices Index (CPI) but including owner occupiers' housing costs (CPIH), on the condition that it could not happen before February 2025.

Following advice from the Office of National Statistics (ONS) "aligning RPI with CPIH would ensure existing uses would automatically be based on the ONS's headline measure of inflation".

"We have been clear that the RPI is not a good measure, at times significantly overestimating inflation and at other times underestimating it, and have consistently urged all in government and the private sector to stop using it." (Sir David Norgrove: Chair of UKSA).

The government will consult on whether UKSA's proposal to align the calculation of RPI with the methodology used to calculate CPIH should be implemented before 2030 (when the requirement for the Chancellor's consent to changes to RPI expires) and, if so, when between February 2025 and 2030.

The government will also consult on technical matters concerning how to implement the proposed alignment of RPI with CPIH.

Summary of the alternative indices

It is calculated and published by the ONS but it is an older measure of inflation. It is not considered the official UK inflation rate for statistical purposes. It is still published because it is used to calculate the cost of living and wage increases and there are government indexed-linked securities and gilts.

It is one of the most frequently used statistics for identifying periods of inflation or deflation. Changes in the CPI are used to assess price changes associated with the cost of living.

RPI is almost always higher than the main CPI measure of inflation and lost its status as an official statistic in 2013. CPIH is generally around 0.7% to 1% below the value of RPI which is why many landlords prefer rent review calculations to be linked to the RPI.

There is some concern that aligning RPI with CPIH could have a material impact on the calculation of DB (defined benefit) scheme benefits, liabilities and on future returns from RPI-linked investments. The AG Pensions Team has noted "Although statutory minimum pension increase rates are based on CPI, many pension schemes have rules which require them to use RPI, so any change to the methodology used for calculating RPI could be significant for many schemes".

The general feeling is that the CPI is a better guide to inflation but it is the RPI which is the benchmark for index-linked gilts, swaps, annuities, pension increases and inflation-linked commercial property and many of these extend beyond 2030. The effect on these will need to be considered carefully as part of the consultation.

What to do next?

It is too early to comment on how industry will respond to the consultation. It is considered unlikely that legislation will be introduced on the lines of "x replaces mention of RPI in any existing agreements". It may be that even if RPI is eventually abolished, the ONS would still need to produce a notional figure for the benefit of existing RPI linked products and contracts. It is anticipated that investors and schemes will be keen to see what transitional measures are proposed by the government.

Surveyor input should be sought at an early stage in new lease negotiations involving rent increases in connection with the appropriate index to which to refer, and consideration given to including the ability to use a different index in the event that RPI is rebased to produce a fundamentally different calculation. Existing leases should contain a substitute provision if RPI is replaced or changed but the parties need to accept in longer leases that indices are as much political as mathematical and might not do the job as the parties intend. 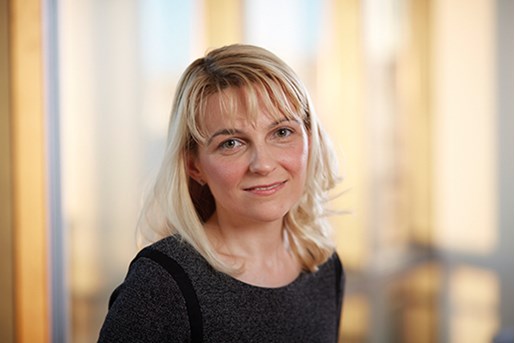