The First Defendant, Mr Andrew Simons (S), was employed by the Claimant, TBD (Owen Holland) Ltd (TBD). After leaving TBD, S went on to become a director of the Second Defendant, G2A Limited (G2A), a competitor of TBD.

TBD alleged that S had breached the terms of his employment contract with TBD by disclosing trade secrets or other confidential information to G2A and allowing G2A to use it. TBD also alleged that G2A had procured S's breaches of contract.

TBD subsequently obtained and executed a search order against S and G2A. During the search order, digital data contained on electronic devices was forensically imaged and subsequently searched without S's or G2A's agreement, or any court order, using keyword searches. S had previously repeatedly objected to TBD's proposed keyword searches on the grounds that the keyword searches would inevitably result in documents being identified which extended well beyond "listed items" as defined in the search order and included his personal and private information. TBD used the searched documents to introduce various claims against additional defendants, including Mr O'Boyle who was a director of G2A (B), to make an application for permission to commence committal proceedings against B and to obtain evidence from third parties.

The application for permission to commence committal proceedings against B was based partly on a transcript of text messages between B and S, exchanged after the proceedings were underway and obtained by TBD as a result of the keyword search of the forensically imaged documents. The text messages discussed TBD, something being "important to the case", obtaining legal advice for the defence of the claim and the advice the lawyers had given (Transcript). During TBD's application hearing in August 2019, Keyser J ruled that the Transcript was not subject to litigation privilege claimed by B. B appealed.

Also in August 2019, seemingly prompted by the decision in A v B [2019] EWHC 2089 (Ch), [2019] 1 WLR, B made an application to strike out TBD's claim on the grounds, among others, that TBD had acted in breach of the search order by searching the forensically imaged documents without the consent of S or G2A, or a court order, and by using the searched documents in the ways as described above.

The Court of Appeal

The Court of Appeal

This decision looks in detail at the history of search orders and in doing so identifies three fundamental points:

The decision notes that the availability of imaging, (the process whereby forensic computer experts take complete copies, referred to as "images" of data contained on electronic devices), had important consequences for search orders. In particular, the court commented that if an imaging order is granted then it should be presumed that a traditional search order is unnecessary.

Where an imaging order is made, it must include the following appropriate safeguards:

The Court of Appeal commented that in contrast to search orders, no standard form of imaging order had been developed. The court emphasised the urgent need for the Civil Procedure Rules Committee to address this.

This judgment contains useful guidance on the use and purpose of search orders. If a search order is obtained, the search must be undertaken carefully, with appropriate safeguards, and must go no further than the order which has been granted. Otherwise, there is a risk that a court will find the Claimant to have breached the search order and the Defendant may look to have the claim struck out accordingly.

An order for inspection is distinct, will require separate justifications and must be obtained prior to the inspection of documents found during the search order. 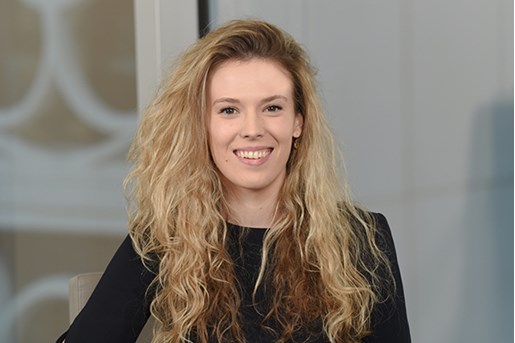 Whistleblowing – prepare for a gale in 2021

Collective bargaining: rectification gets agreement back on track