The Grenfell Tower disaster exposed serious failings across the system of building and managing high-rise homes. As a result, the Government launched an independent review of building regulations and fire safety in July 2017, led by Dame Judith Hackitt, who found that major reform was required in tackling these issues.

Various recommendations have also already been made following the conclusion of Phase One of the Public Inquiry, but these have not yet been enshrined into law, pending the conclusion of the Government's Consultation into fire safety, which will run until 12 October 2020.

Current legislation (the Regulatory Reform (Fire Safety) Order 2005) places legal duties on persons with control of non-domestic premises (a Responsible Person) to carry out and regularly review a fire risk assessment and implement general fire safety precautions to ensure the safety of employees and other relevant parties so far as is reasonably practicable.

The Fire Safety Bill will tighten up the current legislation in addressing fire safety risk by requiring all Responsible Persons to assess, manage and reduce the fire risks posed by the structure and external walls of the building (including cladding, balconies, and windows) and individual doors opening onto common parts of the building. The Bill will also allow the Fire and Rescue Services to enforce any non-compliance in relation to these parts of the building.

The Fire Safety Bill is currently in its final review stages. However, despite this, the Government are strongly encouraging those who have not yet taken action in relation to the structure and external envelope of the building to identify materials posing risk and to update their fire risk assessments.  Furthermore, in order to incentivise building owners and leaseholders in the private and social housing sectors to identify and replace unsafe non-ACM cladding systems, the Government has set up a Building Safety Fund of £1 billion which, if parties registered by the deadline of 31 July 2020 and are considered eligible, provides grants to assist these parties to pay for the removal and replacement of any unsafe cladding systems.

The draft Building Safety Bill is a clear response to the tragedy that unfolded in June 2017 at Grenfell Tower and is an opportunity for the Government to clarify the law, close off any legal loopholes that existed previously, and to hold dutyholders to account in the event of failure.

It is currently in its very early stages, but there is no doubt that it will result in more expense and onerous duties for those involved in the construction, ownership, and management of high-rise buildings. Whilst the Bill will initially only apply to new higher risk buildings (such as high rise residential premises), it is likely to be extended to existing and all higher risk buildings in due course.

The draft Bill is over 300 pages long, but as currently drafted will:

The proposals made are a welcome step in the right direction towards improving building safety, but it remains to be seen how the Dutyholder regime will operate in practice, and we anticipate there will be some teething issues whilst the industry tries to adjust to this new regulatory regime.  Unfortunately for the industry, it may not have the luxury of time to get up to speed once the draft Building Safety Bill is implemented, particularly given the HSE has indicated that it intends to set up the Building Safety Regulator in shadow form immediately. We would recommend that businesses undertake a comprehensive review of their procedures and processes without delay, consider contractual responsibilities, particularly around design and occupation phase duties, and identify and rectify areas where they may currently be falling short of the required competency standard under the new regime. Publications such as the CLC Position Paper on raising the bar may assist the industry in determining how it wishes to respond. 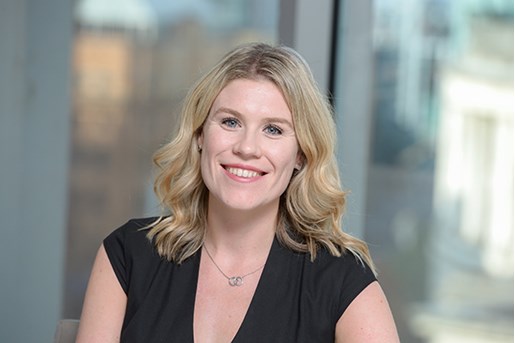