Coronavirus (Scotland) Act 2020 - What does it mean for you?

The Coronavirus (Scotland) Bill was introduced on 31 March and passed stage 3 at a meeting of the Scottish Parliament on 1 April.

It will come into force after receiving royal assent and is to be known as the Coronavirus (Scotland) Act 2020 ("the Act"). The Act makes a number of changes to current legislation including laws dealing with evictions from residential tenancies; bankruptcy; termination of commercial leases and the running of the Scottish court system during a global pandemic.  The key changes are set out in this briefing note.

If you have any concerns or questions regarding these changes please contact us. We are actively monitoring risk and responses and are here to help.

The Act introduces new measures designed to change the way in which evictions operate in the private rented and social rented sectors.  Schedule 1 of the Act temporarily extends the notice periods which landlords are obliged to give tenants prior to raising eviction proceedings.  With the exception of short Scottish secure tenancies ("SSSTs"), Schedule 1 also temporarily removes all mandatory grounds for eviction.  This means that the courts and the First-tier Tribunal for Scotland will be required to exercise their discretion in determining all actions for eviction raised whilst the Act is in force.

The length of notice which landlords shall be required to give depends on various factors such as (i) the type of tenancy in place, (ii) the way in which the tenancy has been created and (iii) the reason the landlord is seeking the eviction.  Across all tenancies in both the private rented and social rented sectors, the minimum notice period required is 28 days.  This notice period is applicable only to landlords under private residential tenancies where repossession is sought as a result of the property being unoccupied. In all other instances, landlords will need to wait between 2 months and 6 months before raising eviction proceedings.

In terms of assured tenancies, short assured tenancies and private residential tenancies, repossession actions shall be discretionary whilst the emergency bill remains in force and the Tribunal shall consider the reasonableness of making an eviction order during this time.  Clearly, this provides less certainty for landlords in eviction cases going forward.  However, the bill also provides that the replacement discretionary grounds apply only in cases where the eviction notice was served whilst the bill was in force. Therefore, it appears repossession cases raised on mandatory grounds prior to the emergency bill coming into force shall not be subject to the new discretionary measures.

In terms of SSSTs, notably the Act shall not interfere with the mandatory ground for eviction afforded by section 36 of the Housing (Scotland) Act 2001 ("2001 Act").  Therefore, whilst landlords seeking to evict social housing tenants under this section will now have to wait 6 months for their notice of proceedings to expire, there is still certainty in obtaining an order for eviction if all requirements under this section are met.  The exception to this will be eviction cases for SSSTs where that tenancy has been created by conversion from a Scottish secure tenancy ("SST") in terms of section 35 of the 2001 Act.  In those circumstances, landlords seeking eviction will be less prejudiced by the Act as the notice of proceedings will expire only 2 months after service and the court must award an eviction order where the requirements of section 36 are met.

The Act is due to expire on 30 September 2020.  However, Scottish Ministers can extend the expiry date by regulation to 31 March 2021 and again to 30 September 2021. When the Act ceases to have effect, all of the legislation replaced temporarily, with the original notice periods and mandatory grounds, shall be reinstated.  Therefore, we may see a trend of landlords making tactical decisions on when to issue notices of proceedings.  For example, where a tenant under a private residential tenancy has been in arrears of rent continually for three months (and that is not wholly or partly as a consequence of a delay / failure of a relevant benefit), a landlord may choose to hold off serving a notice to leave until the bill ceases to be in force.  As this is a mandatory ground for eviction, the landlord would have certainty in the order being awarded.  However, in doing so, landlords would be banking on the emergency legislation ceasing to have effect on the predicted date.  And holding off on issuing a notice of proceedings as a tactical choice may not pay off where the government decides to extend the Act.

Finally, leading up the introduction of the emergency bill, the Scottish Federation of Housing Associations (SFHA) confirmed that no housing association tenant would be evicted due to experiencing financial hardship as a result of the coronavirus.  The First Minister has also commented that no-one should face eviction as a result of the crisis. It is doubtful whether this will play out in reality given the mandatory ground for the eviction of SSST tenants' remains.  Further, at present, there is nothing to stop landlords raising eviction proceedings for rent arrears after the Act ceases to have effect.  And in many cases, the arrears will have accrued as a result of coronavirus hardship.

Section B: Moratorium on Diligence

The moratorium begins on the day on which a notice, that the debtor intends to (a) apply for their own sequestration, (b) enter into a protected trust deed, or (c) apply for the approval of a debt payment programme, is registered in the Register of Insolvencies.

Ordinarily the moratorium would end six weeks after that date, but now it will end six months after that date (subject in both cases to an extension relating to trust deeds).

During the moratorium, the debtor is protected by statute.  Creditors are prohibited from taking certain steps to enforce their debts, such as serving a Charge for Payment (a formal demand for payment, which must be dealt with), or lodging a sequestration to petition in order to render the debtor bankrupt. However, this is not a blanket prohibition on all forms of enforcement action. Creditors can, in the right circumstances, pursue Court action to establish the existence of a debt, call up a standard security or even execute an earnings arrestment. The Act does not alter this.

There is an understandable concern that this system is open to abuse. However, it is not automatic – the debtor must take a positive step to trigger it and ensure they meet the relevant tests in order for the moratorium to apply.  It should affect only a limited number of cases and, until the point when a moratorium is obtained, it is still perfectly competent for creditors to carry out enforcement and to take steps to protect their position. It must also be borne in mind that a moratorium can be revoked in certain circumstances.

Of greater practical importance is the temporary closure of the Courts and the Public Registers and the backlog of cases that will inevitably follow when the Courts are open for new business again. It may also be difficult to find effective means of serving documents on debtors. This is likely to have a practical impact on the ability of creditors to take enforcement action which is likely to outweigh the significance of the changes proposed in the Bill in relation to diligence.

The spirit of the legislation is that the debtor would use the moratorium to take responsible steps to find an alternative means to clear their debts, which could include making themselves bankrupt.  Whether this is adhered to, however, remains to be seen.

The Act introduces new rules for the Scottish Court System with a view to facilitating the conduct of civil and criminal litigation.

The key points to note are as follows:

Electronic signatures and transmission of documents

(a) An “electronic signature” is now a competent substitution for a wet signature on court documents including an order, warrant, sentence, citation, minute or any other document produced by a court or tribunal.

(b) electronic service, intimation and lodging of documents is competent where agreed between the parties or their solicitors where solicitors are instructed.

Suspension of requirements for physical attendance

The usual requirement that a person physically attend a court or tribunal no longer applies, with the exception of trial diets, unless the court or tribunal directs otherwise. Attendance by electronic means will generally be required in these circumstances.

In respect of trial diets, the court has the power to dis-apply the requirement that a person physically attend the court.

Physical attendance at a court or a tribunal will be required where allowing the person to attend by electronic means would:

(a) prejudice the fairness of proceedings; or

(b) otherwise be contrary to the interests of justice.

Separate guidance is being issued by the Scottish Courts which confirms that non-urgent court business will be continued for a number of weeks. However, the changes being introduced by the Act are hopefully the first steps to enabling court business to continue. AG is continually monitoring the situation and is well placed to progress civil business remotely.

Commercial leases usually contain 'irritancy clauses' which allow the Landlord to terminate a lease on giving 14 days' notice to the Tenant requiring payment of any outstanding arrears of rent. The Act will extend the period of 14 days to 14 weeks.  The 14 week period can be amended by the Scottish Ministers (to either shorten or extend as required).

This will mean that no commercial lease can now be terminated by irritancy for unpaid rent until mid-July 2020 at the earliest.  This provides a substantial degree of protection to tenants facing difficulties over cash flow and rent payment and will present challenges for Landlords over the next 6 (to 18 months).

There will be a challenge (for both Landlords and Tenants) when the Act is approaching its expiry date (whether in September 2020 or later).  At that stage, the correct period of notice given in any irritancy will need to be considered alongside the expiry date for the Act.  We hope that the Scottish Ministers will give sufficient notice of their intentions to extend the Act.

The Act does not change the law in relation to irritancy for non-monetary breaches of leases.  This may have an impact for some tenants if COVID19 restrictions are lifted and Landlords start to look at enforcing 'keep open' obligations.

In England, a different approach has been taken.  A 3 month moratorium of 'forfeiture' proceedings has been imposed but the notice periods and process have not been altered.  This avoids any complications over notice periods when that moratorium is ending.

This article is an executive summary. We are here to help and advise you in relation to how these changes might affect you and your organisations.

If you have any questions in relation to the Act or any challenges facing you as a result of the spread of coronavirus (COVID-19) please get in touch. 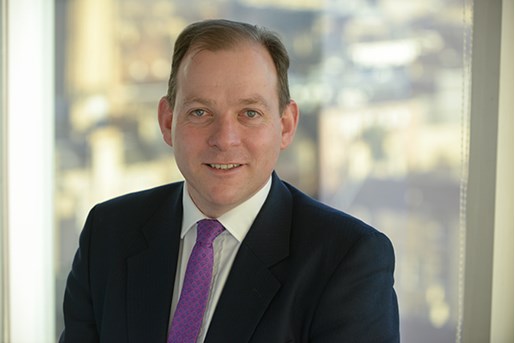 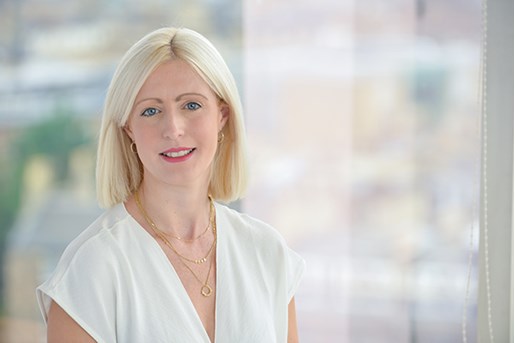 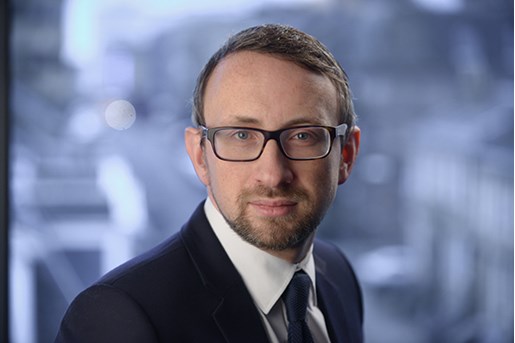