In September 2019, the government announced that nationwide gigabit broadband would be a reality by 2025. This target is incredibly ambitious given that a previous report had concluded that this could be achieved by 2033 but would need £3-5bn of investment. What is not under debate is the reality that to achieve either of these dates there will need to be a significant change in the way the industry operates and a huge investment in upgrades.

In May 2020, only 12% of homes had gigabit broadband available to them. Whilst Ofcom have reported that this figure is improving "at a rapid pace" how the industry can go from 12% to 100% in just eight years is a hot topic.

The government has also announced its intention to roll out 5G coverage nationwide. Fibre optic networks provide the core of connectivity which 5G then remotely connects into enabling connectivity for devices which do not directly plug into the network. These means that providing nationwide 5G services to mobile phones has the same barriers as gigabit-capable fibre. Both services go hand in hand.

Use of existing infrastructure

At the moment, the existing infrastructure for broadband is primarily owned by Openreach, who then grant access to smaller companies in the market. For years the smaller "altnets" have struggled to offer consumers viable competitive products and many do not see the market changing any time soon.

The lack of access to existing telecoms infrastructure naturally led to some altnets looking for solutions outside the telecoms sector. To many, using other existing infrastructure for telecoms sounds extremely logical. There are few (if any) residential or business properties in the UK which are not serviced by either road, rail or utilities. Research from the National Infrastructure Commission concluded that there could be an £8 billion saving if the telecoms industry utilised existing infrastructure for the installation of gigabit-capable broadband networks. This is not surprising when you consider that the necessary civil works would account for roughly 80% of the installation costs if new networks were built from scratch. Scottish Water alone has 32,000 miles of wastewater pipes in Scotland that could be utilised.

There are existing regulations that should help the telecoms industry use existing utilities infrastructure to install new fibre broadband cables. The Communications (Access to Infrastructure) Regulations 2016 (ATI) regulate the shared use of both sub-terrain and surface based infrastructure networks. The ATI encourages operators by giving those in the electronic communications sector the right to request information about another operator's infrastructure (including outside the telecoms sector) and the right to request access and the ability to survey them. The other operator can refuse to give access to their network on certain grounds and where this leads to a dispute Ofcom have regulatory oversight to determine the disagreement.

Utilising the likes of existing antenna installations, manholes and towers should eliminate a proportion (significant or otherwise) of the civil engineering costs, delays and time associated with getting large telecoms projects up and running. This hopefully will make the government's aspirations of nationwide gigabit broadband a reality sooner than otherwise possible and, some would say most importantly, without dipping as deeply into public finances.

Unfortunately, widespread use of the rights granted by the ATI is not yet a reality, as a result the government has launched a review into why uptake has been so low. The call for evidence as to why network providers appear to be overlooking the ATI was published on 12 June 2020 and ran until 4 September 2020 (ATI Consultation). Questions posed centred on:

In addition to the points raised above, the ATI Consultation also highlighted other barriers (both perceived and actual) that have prevented the telecoms industry utilising existing infrastructure networks in the past. It suggested that a key sticking point relates to land and access rights between landowners and utility providers. In particular, where the existing utility provider has contracted with a landowner they have included restrictions on the future alteration of the infrastructure or the ability to use it for any additional purpose. This means that the new party has two options: either enter into a new agreement with the landowner or seek both parties' consent to amend the original contract. Both of these will incur time delays and costs.

There is a concern that collaboration between sectors could create regulatory gaps, where arrangements could go unchecked. In September 2019, the UK Regulator's Network published a report into network sharing and the role of existing regulators had to play in encouraging this. The report had concerns around data sharing and liability, as well as a lack of common data standards or a central portal. Until such alliances are better developed and understood, it is difficult to predict what changes to the regulatory frameworks will be required in order to maintain standards and protect customers. What is clear is that the regulators will be expected to consider this and work with the industries to ensure oversight and quality is upheld.

Generally there has been a lack of clarity around the implementation of the ATI, whether requests for information have been made and whether they have been granted. There is also a lack of transparency around the process itself which has led to an inconsistent application of the rules. It will be interesting to see whether the government response to the ATI Consultation will lead to further legislative changes. It is obvious that making cross-sector working a reality in the utilities sphere is on the government's agenda and further new alliances will appear in the near future. At the end of June this year Project Speed was announced. This made a further pledge to accelerate new infrastructure projects and "scythe through red tape and get things done". There were no specific details but we would also expect to see an attempt to align the regulatory frameworks in order to protect customers.

With its experience in all the sectors mentioned in this article, AG are keen to see how the opportunities develop and how we can advise our clients using our breadth of knowledge. 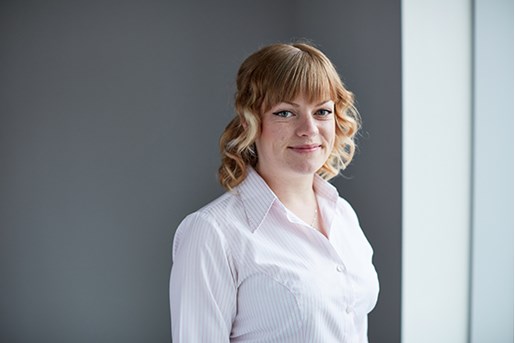