Termination for insolvency: a clause for concern?

Perhaps influenced by the fall of some significant UK brands in recent years, the actions of suppliers of insolvent firms have long been on the radar of the Government, initially through the introduction of The Insolvency (Protection of Essential Supplies) Order 2015 and most recently through the consultation and consideration relating to the Corporate Insolvency and Governance Act 2020, which came into force on 26 June 2020.

The current law already provides some protection for companies in insolvency from providers of essential goods and services taking certain actions, but the Bill means that a much wider range of suppliers will (subject to certain exceptions mentioned below) be required to continue to supply goods and services under supply agreements during a period of insolvency (or in some cases during a prescribed moratorium period outside of a formal insolvency process) - the motivation being that this will facilitate attempts to rescue businesses.

What does the Act do?

Applying to all forms of incorporated entities, as well as other bodies and associations (whether or not incorporated), and sole traders, the Act, amongst other more wide reaching impacts (as explored in more detail here) seeks to amend sections of the Companies Act 2006 and the Insolvency Act 1986 and most notably for both suppliers and customers, the Act inhibits the rights of a supplier to terminate a contract, or take other actions (e.g. changing payment terms) as a result of the insolvency.  Additionally, suppliers will not be able to rely on a clause allowing them to terminate the contract due to an event (e.g. non-payment of invoices or material breach) that occurred before the start of the insolvency period, until the end of such insolvency period. Similarly, suppliers will not be able to demand the payment of any outstanding invoices or charges as a condition of them continuing to supply the customer throughout the relevant period.

There are certain steps which will remain open to suppliers; termination will still be possible if:

Exemptions apply to financial services firms and contracts, public-private partnership project companies; and utilities, communications and IT service providers that are already covered by sections 233 and 233A of the Insolvency Act 1996.  Temporarily, due to the Covid-19 pandemic, small suppliers (measured by reference to financial metrics), and businesses which are in their first financial year, will also be excluded from the requirements of the Act until 30 September 2020.

The impact of these provisions, and the interplay with termination rights and other key terms of supply agreements will be an area of keen interest for commercial lawyers.  Where orders are made prior to any relevant insolvency period, given that the payment terms in many supply contracts are structured on the basis of payment in arrears, suppliers may feel that they are working at risk with the potential for non-payment should a rescue attempt not be successful.

That being said, the Act does offer a level of protection for suppliers where orders are made during the relevant insolvency period – a supplier's debt for ongoing supply during a relevant insolvency period has to be paid, and to the extent it is not, it will be either be an expense (if incurred during administration or liquidation) or given priority in any subsequent insolvency (including priority over the administrator's fees) which follows within 12 weeks if incurred during a restructuring moratorium. This could, in turn, improve the prospects of a long term relationship between supplier and customer.

Suppliers and customers should take the opportunity to review and revisit termination rights in their supply agreements for appropriateness in light of the ability to dis-apply termination for insolvency clauses, and consider what other protections can be added to the contract to limit risk. This may include any ability to terminate for convenience, payment terms which allow for payment in advance/on delivery, or other potential remedies. Of course, this does not come without risk. It will be interesting to see how such measures are interpreted by a Court in circumstances where a supplier essentially attempts to circumvent the intention of the Act by using different contractual methods to 'get out' of its contractual obligations to supply.

The introduction of the Act comes at a time where commercial contracts are likely to be under review as a result of other factors such as the volatility caused by both Brexit uncertainty and the Covid-19 pandemic. As a result, alternative contractual processes are likely to be considered, for example, the use of wider reaching ramp-up/ramp-down provisions or 'crisis event' clauses, to allow parties to mitigate the effects of such events and to cater for shocks to long-term supply arrangements, may become more common.

From a practical perspective, suppliers should stay on top of their credit control processes to spot any risk areas in advance, and create commercial workarounds where possible.

We will observe, in the coming weeks and months, how contracting parties – suppliers in particular – navigate the issue of working at risk, spotting and amending risks in payment terms and termination rights, as well as the Court's interpretation of when it is appropriate to release a supplier from its contractual obligations in a relevant insolvency scenario. 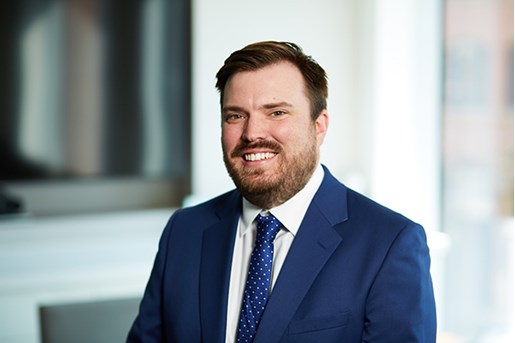