A Region on the Rise

Get up to date with the October 2020 Africa Business Group newsletter. Explore some of the most interesting business news and articles from around the continent.

We are pleased to bring you the latest edition of our Africa newsletter.

In this month's newsletter, our focus is on infrastructure and sustainability. As you will see from the various projects in this edition, the two are not mutually exclusive. There are a number of significant projects coming online across the African continent that demonstrate real commitment and ingenuity when it comes to sustainability.

In Kenya, new geothermal power plants will mean over half a million more people being connected to the electricity grid. And in South Africa, where the Constitution requires the government to take measures to secure ecologically sustainable development, a newly-operational wind farm is generating clean energy to power over 111,000 homes.

AG has played a central role in Halotrade’s pilot project for PG tips – connecting farmers in Malawi to Unilever to Sainsbury’s. We’ve provided IP support, helping Halotrade secure its assets. We’ve shared strategic, directional advice on growing the business. And we’ve provided support around banking and trade finance, including advice on how to conduct business.

The construction of the Menengai geothermal power plant in western Kenya has been completed. This is according to a report published on October 6th, 2020 by the African Development Bank (ADB), the main financier of the project. The Menengai geothermal power plant, with its 105 MWe, brings the national production of geothermal energy to 672 MWe, making Kenya the first African producer of this renewable energy source.

Kenya is Africa’s largest producer of geothermal energy. The East African country has increased its production from 168 MWe to 672 MWe in 6 years. This performance was achieved after the completion of several projects, including the Menengai geothermal power plant in western Kenya. According to the project completion report, published on October 6th, 2020, the 105 MW power plant consists of 49 steam drillings.

The office of the Presidency noted in a statement that in February this year Akufo-Addo was in Kaleo, in the Nadowli District, to cut the sod for the construction of two solar power projects; one in Kaleo and the other in Lawra, both in the Upper West Region.

“I indicated, at the time, that, once completed, these two projects will deliver a combined power supply of about 20MW to the national grid. Eight months on, I am happy to commission the first of the power projects which has been completed, and that is the 6.5MW solar power project, here in Lawra,” said President Akufo-Addo.

The 110MW Perdekraal East Wind Farm, outside of the Western Cape province in South Africa, commenced commercial operations on 8 October 2020.

This large-utility scale wind farm is set to make an impact on South Africa’s national grid, whilst continuing to grow the social resilience of the surrounding Witzenberg communities, noted a company statement.

In line with the renewable energy sector trend, which is working to meet the department of energy’s local content requirements, the wind farm achieved very high local content levels, exceeding 48%.

This includes both locally manufactured turbine towers as well as the project’s mega transformer, helping to drive the demand for local manufacturers to offer items previously only available through import.

West Africa’s solar company, Easy Solar announced the closing of a $5 million round of funding including a $3 million Series A Equity round led by global impact investor Acumen and FMO, the Dutch entrepreneurial development bank.

This is an addition to a $2 million debt facility from investment platform Trine, the solar company stated.

Senegal to explore grid-scale battery system thanks to USTDA

Senegal is about to investigate its first grid-scale battery energy storage system thanks to the United States Trade and Development Agency funding a feasibility study in partnership with Senelec.

A company statement indicated these sister solar plants, situated within 35kms of each other, both form part of BioTherm Energy’s portfolio and are expected to produce enough each year to power circa 110,000 households collectively.

“This is a significant milestone, that sees the first two of our four South African renewable energy power plants feeding the grid,” commented Robert Skjodt, CEO of BioTherm Energy. “There is no doubt that renewable energy offers vast opportunities and should play a pivotal role in the country’s economic recovery strategy. It will not only improve the security of supply but also deliver the many economic and social co-benefits associated with South Africa’s renewable energy programme.

Power Africa has announced the disbursement of $2.6million in grants to solar companies to provide off-grid electricity to 288 healthcare facilities across sub-Saharan Africa.

According to the World Bank Report Electricity Access in Sub-Saharan Africa: Uptake, Reliability and Complementary Factors for Economic impact, almost 60% of healthcare facilities in sub-Saharan Africa do not have access to electricity. Of those that do, only 34% of hospitals and 28% of health clinics have reliable, 24-hour access.

The Bokamoso photovoltaic solar power plant has just been commissioned in South Africa. The 68 MWp facility is owned by a consortium formed by the Ideas Fund (managed by Old Mutual), Reatile Solar Power, Phakwe Solar, Business Venture Investments and the Cicada Community Trust.

Another clean energy generation facility has just been commissioned in South Africa. This time it is a 68 MWp photovoltaic solar park located in Leeudoringstad in the North West Province. The Bokamoso solar power plant consists of 236,580 panels installed on a 150-hectare site. The park, whose construction started in 2018, is capable of producing 177,660 MWh of electricity per year.

The 33MW Excelsior wind farm, in the Western Cape province, is now connected to the country’s national power grid, having successfully completed the commissioning of its 13 wind turbine generators.

The developer BioTherm Energy noted that this is the first wind farm in the Western Cape, part of the government’s Renewable Energy Independent Power Producer Procurement Programme (REI4P), Bid Window 4, to reach this key milestone.

This Independent Power Producer (IPP), which commenced construction almost two years ago, is expected to achieve its commercial operations date next month. Once operational, it will begin generating over 132GWh of renewable power each year.

The United Nations Development Programme has released a roadmap to unlock the potential of Sudan’s renewable energy and expand energy access.

The roadmap, entitled Empowering Sudan: Renewable energy addressing poverty and development, was developed through a series of consultations organised by the United Nations Development Programme (UNDP). This was in response to a request by the government of the Republic of Sudan for technical support to identify and fast-track sustainable energy initiatives and investments.

Energy use in Sudan is growing rapidly. Traditional biomass provides most of the population’s energy use, especially for people in the countryside. Ironically, electricity use is growing at about 13% annually, despite only 47% of the country’s rural population currently being connected to the national grid, according to the International Energy Agency. 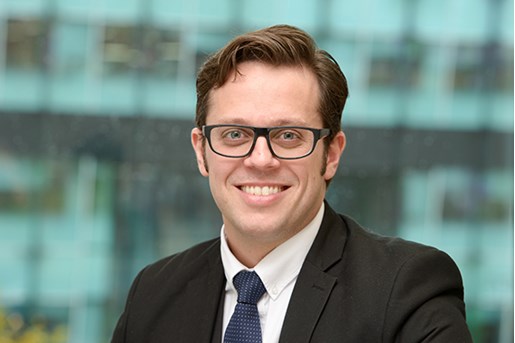