Included in this edition of InCredit: FCA publishes Handbook Notice No 62;  Results of the January 2019 euro area bank lending survey; and more...

The FCA has published new data on insights and trends in the high-cost short-term credit market. The FCA has found that lending volumes in the market remain well below the levels seen in 2013, but have risen since 2016. The costs of borrowing are lower than before the price-cap and have been stable since. This is the first time that the FCA has published analysis in this market based on data from firms’ regulatory returns.

The FCA issued a Final Notice on 24 January 2019 refusing the Part 4A authorisation application by Nationwide Debt Consultants Limited. The firm was granted interim permission when FCA took over the regulation of Consumer Credit. The final notice refers to a failure to satisfy threshold conditions 2C (effective supervision), 2D (appropriate resources), and 2E (suitability) in the Consumer Credit: Debt Management sector.

PRA Group (UK) Limited v. Christopher Doyle, Court of Appeal B2/2018/0006 - On 23 January 2019 the Court of Appeal decided that in relation to claims for debts due under a credit card agreement the limitation period starts to run after the time specified in a 'default notice' served on the borrower pursuant to section 87 of the Consumer Credit Act 1974.  This was an appeal in relation to a preliminary issue as to whether the claim of the respondent, PRA Group (UK) Limited, against the appellant, Christopher Doyle, for all sums outstanding under a credit card agreement between MBNA Europe Bank Limited and Mr Doyle is barred by section 5 of the Limitation Act 1980. This was a running account credit card agreement. The court dismissed the appeal in agreement with his Honour Judge Madge's ruling at the County Court that the effect of section 87 of the Consumer Credit Act 1974 is that the cause of action arises after the time specified in the default notice, a creditor cannot take any action until that time has expired and a cause of action cannot accrue until such a notice has been served.

FCA clarifies aspects of the SM&CR

The FCA has published a consultation paper CP19/4: Optimising the Senior Managers & Certification Regime and feedback to DP16/4 – Overall responsibility and the legal function. The FCA is proposing to provide extra clarity in some areas of the Senior Managers & Certification Regime (SM&CR) and sets out details of the feedback received to DP16/4. This paper also sets out proposals around how the SM&CR applies to the legal and client dealing certification function. This paper will primarily be of interest to banking firms, Solvency II and large non-directive (NDF) insurers, and Enhanced solo-regulated firms, but it may also be of interest to other FSMA-authorised firms that the SM&CR will be extended to. The FCA is seeking comments by 23 April 2019.

The FCA's Director of Markets and Wholesale Policy, Mr Edwin Schooling Latter, has delivered a speech at the International Swaps and Derivatives Association (ISDA) Annual Legal Forum. Mr Latter stated that market participants should not rely on the availability of an option to use LIBOR for legacy contracts. Mr Latter in his speech explored in detail how LIBOR will end and what the final steps are in transitioning away from LIBOR. He added that the best and smoothest transition from LIBOR will be one in which contracts that reference LIBOR are replaced or amended before fallback provisions are triggered.

The Treasury Committee has published the Financial Services Consumer Panel's (FSCP) response to the Treasury Committee inquiry on consumers’ access to financial services. Among other things, the FSCP argued for a duty of care in financial services, as the FCA's treating customers fairly principle for businesses  does not go far enough to eliminate conflicts of interest and deter firms from mis-selling products and providing poor service.

The European Central Bank (ECB) results of the lending survey highlight that: 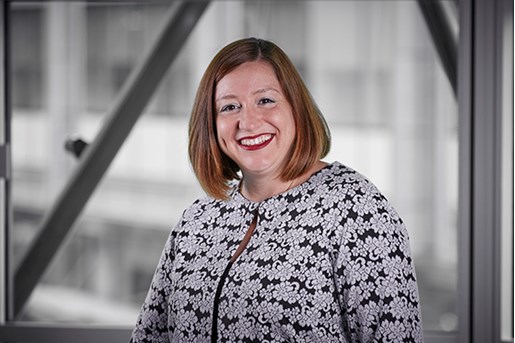