There is a lot of hype around using drones to deliver small packages, but this has taken a step closer to becoming reality.

Currently, one of the key obstacles to commercial drone use is that, in order to operate safely, drones must be in the sight of their human operators. This is because drones are classed as aircraft and so have to comply with civil aviation rules, in particular the Air Navigation Order 2016 which requires aircraft to be operated within the visual line of sight of its remote pilot.

There have been a number of near misses between commercial aircrafts and drones, with fifty one being recorded in the first half of last year. NATS has recorded that drone incidents now account for more than half of all the airprox reports they receive. The line of sight rule makes drone deliveries seem like a far off reality for retailers, as deliveries covering this short distance could be delivered more cheaply in person.

The national air traffic control space (or NATS) announced at the beginning of March that new technology had been released which would allow drones to share airspace with conventional aircrafts.

NATS announced that they have agreed a partnership with a traffic management solutions company called Altitude Angel, who describe themselves as "an aviation technology company creating global solutions that enable the safe integration and use of fully autonomous drones into airspace". This partnership will see the two companies developing a solution together that will allow the location of drones, or their intended flight, to be tracked. The integration of these two companies is significant as it will allow drone flight and operational data to be combined with the information and systems involved in managing manned aviation. By uniting these two areas of information the groups will be able to increase the knowledge shared between airspace users and begin a system which allows air traffic controllers to engage with drone operators.

This development is one of a number of recent advancements that have been made with the aim of putting the UK at the forefront of developing the infrastructure necessary for drone use. The Department for Transport also recently published a draft bill, to come before Parliament shortly, which would make it mandatory for larger drones to be registered, and would put geo-fencing technology in place restricting drone access to certain airspaces such as airports.

Taken together, these measures are encouraging for retailers as they should make the regulatory environment for drones easier to navigate, but in the end it will come down to whether it is economically viable to use drones rather than vans for deliveries. Drones do not have the range that trucks and vans do: typically drones can only fly 10-12 miles. One drone is needed per parcel, whereas a van can carry over a hundred small parcels. Theoretically drones can be a cost-effective alternative to road transport, but this depends not only on regulatory approval, but also on scalable systems, traffic management solutions and thousands of drones being in operation.

Yet 80% of Amazon deliveries are around or below 2kg, so in theory make ideal payloads for drones. With cities becoming increasingly congested and on-time, fast delivery ever more important to the customer, we cannot rule out drones overtaking vans just yet. 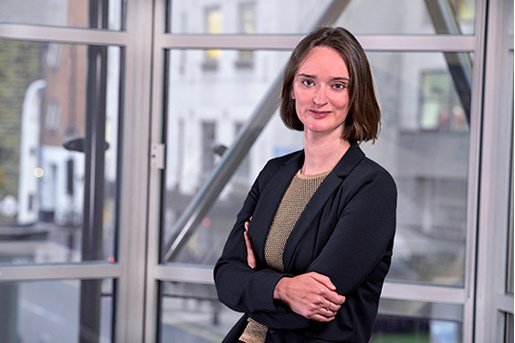 Helping you Navigate the Bus Strategy