Our Commercial Disputes team discusses how the right deal with a celebrity can boost a brands value and ultimately sales.

Meghan Markle wore a black bell sleeved Marks & Spencer jumper and it flew off the shelves (real and virtual) – quickly selling out. Publicity that money can't buy? With the growth of "influencers" a deal with the right celebrity can boost brand value and ultimately the bottom line.

Where a celebrity is engaged by a brand as an ambassador then this is very likely to be contained within a formal agreement. An engagement could be limited to an Instagram post, a tweet, a blog post or a feature on a vlog. The Advertising Standards Authority has provided specific guidance on the use of celebrity endorsements.

Any agreement is likely to include remuneration and the promotional duties of the celebrity, the scope of the agreement, for example, some agreements will be worldwide whereas others will be for particular markets, any approval process and restrictions on any activities for competitor brands. Also, an agreement should provide for what happens if an ambassador is no longer aligned with the image of the brand. For example, last year New Balance cut ties with cricketer Ben Stokes as his behaviour did not match their "brand culture and values".

But what about where a celebrity has no formal relationship with a brand but is seen wearing its products? Can you post and share without worrying about exposure?

The issue will be whether by sharing you give the impression that the celebrity has endorsed, is associated with or approved of your products. In English law there is no image right, which allows a celebrity to control the use of his or her image (although other jurisdictions, such as the US have specific personality rights). However, if a false representation of an endorsement is made then there may be liability for passing off.

This was what happened in the case of Rihanna vs. Topshop. The context of Topshop's sale of a T-Shirt featuring Rihanna's image was key as was its previous references to Rihanna, for example, when she had visited Topshop for a private shopping session.

Therefore, you should consider carefully any image and wording used and how it might be viewed. A disclaimer that the celebrity is not associated with and does not endorse your brand could assist your position be should not be seen as a cure all.

The damages if passing off is found are likely to be the fee that the celebrity would have charged. The status of the celebrity will affect the amount in question. However, sophisticated influencers are likely to be able to produce evidence of the ir going rate for particular activities and even a short post or clip may be surprisingly lucrative, especially where the influencer has a significant following.

Addleshaw Goddard's experts will be discussing Social Media and IP more widely at events in London, Leeds and Manchester at the end of February/early March. If you would like to learn more or attend, please click this link.

Reputation and data use in the recent JustEat case

Businesses need to understand not only the importance of protecting their reputation, but also their data, especially the personal data of its customers. The use, and risk of misuse, of customer data is a key issue for businesses, and requires not only compliance with data protection law, but also ensuring that the wider privacy rights of their customers are not inadvertently infringed. Social media gives all customers and employees a platform to complain and criticise, which can quickly go viral and/or be picked up in the mainstream media.

Just Eat recently came under fire when a driver for one of its restaurant partners used a customer's phone number to send her unsolicited messages. The customer alerted Just Eat's customer services team, who admitted they did not have a procedure in place to deal with complaints and initially offered her a £5 voucher, and later a £10 voucher as compensation for the incident. The customer uploaded screenshots of her interaction with Just Eat's customer service on Twitter, which has attracted negative press as well as the attention of the data protection regulator, the ICO.

A spokesperson from Just Eat has stated that the driver’s behaviour was unacceptable and not in line with the company's ethics. However, the incident highlights the need for robust arrangements with partners in relation to customer personal data and a suitable complaints handling procedure when things go wrong. This will be all the more important when the General Data Protection Regulation (or 'GDPR') starts to apply in May this year, as misusing customer personal data could put businesses at risk of significantly larger fines as well as claims. 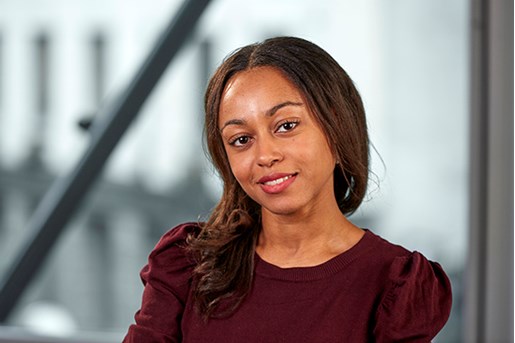