End of Service Benefit in the UAE - Ripe for Reform?

The end-of-service benefit system (ESB), governed by Federal Law No.8 of 1980 (Labour Law), is often criticised as being inadequate in meeting retirement needs for expatriates living in the UAE.

The issue has received wide media coverage over the years in the UAE, with experts lobbying for change to the current system without any substantive change by the government.  Expatriate employees are seemingly staying longer in the UAE and the knock-on effect is the increasing length of service of individual employees with one employer. Consequently, ESB liability has grown significantly and yet, many companies in the UAE and the wider GCC region have inadequate financial mechanisms in place to fund their liability. There may be some comfort that ESB is capped at 2 years' salary under the Labour Law and the ADGM Employment Regulations (excluding DIFC), however the employer will still have to set funds aside to pay out the liability for employees with varying lengths of service.

A recent study, conducted by Willis Towers Watson, revealed 87 per cent of companies in the region have no funding programmes for ESB liability and most companies commonly settle the benefit as and when it becomes payable ie when the employee departs from the company, resulting in the liability being paid from working capital.

The ESB is a statutory benefit applicable to all employees in the UAE, on mainland and free zone authorities. The minimum criteria for the employee to qualify for the benefit is one year of continuous service. Circumstances where an employee would be ineligible for ESB is where an act of gross misconduct is committed by the employee, for example, or where an employee has resigned under a fixed-term contract with less than five years' of service. ESB is calculated at 21 days basic salary for up to five years of service and thereafter 30 days basic salary, for each subsequent year of service. There is a reduction to the gratuity payment in the event of an employee's resignation who has less than 5 years' service.

The UAE government has recently announced plans to 'enhance and improve' the ESB system and commenced a consultation programme aimed at overhauling the ESB scheme, which is enshrined under the Labour Law.

An unprecedented announcement during the inauguration of the first Workers Incentives and End of Service Benefits conference held in Dubai earlier this year, highlighted the issue affecting millions of employees in the UAE, both in the government and private sector. Dr Abdul Rahman Abdul Manan Al Awar, Director-General of the Federal Authority for Government Human Resources acknowledged that 'advanced technological advancements and the increased years of service by employees in the region' require a new perspective to manage retirement funds with 'the potential to provide saving opportunities for employees in the UAE and regional labour markets.'

Pension plans as an alternative to ESB are permissible under the Labour Law (provided they are more beneficial to an employee than the value of the ESB that might otherwise be payable) although they are not commonly adopted in the UAE for a number of reasons.

Studies are underway to improve the existing framework to create alternative savings scheme and retirement funds in all sectors, which are adequate and sustainable. A previous World Bank study initiated by the UAE government had recommended a central scheme where liability is removed from a company's balance sheet into a proper savings mechanism. According to Dr Abdul Rahman, the UAE government plans to revisit policies and have discussions with 'all relevant stakeholders' including the Ministry of Human Resources and Emiratisation, UAE pension funds and the private sector to move from a defined benefit plan (ESB) to a defined contribution plan (retirement/savings plan). It is hoped the severely underfunded system will find a solution with appropriate investment strategies that address the long-term obligation.

The Dubai International Financial Centre (DIFC) has initiated plans to review and potentially replace the ESG framework with a defined contribution savings scheme. If the initiative is successfully implemented, there is scope for a wider rollout to mainland companies and free zone authorities under a phased programme, which by no means is a small undertaking.

A future scheme would need to recognise the vast majority of companies in the UAE are small and medium sized entities (SMEs). The system would have to be flexible, where it allows the fund to transfer with the employee when moving to another employer.  Similar to public sector employees, the fund should be set up to become accessible at retirement age rather than at the date of termination.  This could be a controversial change for expatriate residents who consider the ESB scheme as a bonus payment rather than a lump-sum which can be invested for retirement purposes. Whatever model is introduced, it can only work with the support by the government, through proper governance and regulation on how the funds are disbursed and protected, and a phased implementation programme by way of a legacy system still operating in parallel with a new system during the transition.

For the success of a new defined contribution scheme, HR departments have an important role to play in being proactive and raising awareness to its employees. A well-managed retirement scheme could help not only to improve worker productivity through financial wellness awareness but also help employees to understand how best to plan for their long-term retirement. It is arguable that ESB in its current form is not designed to meet retirement needs. It served as a solution at its time but is not a solution for all time. 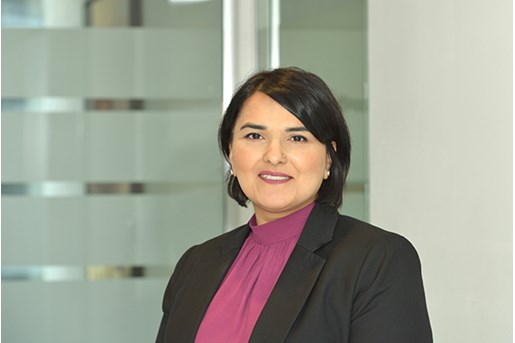