As we start the year afresh in 2023, we take stock of the refreshing developments which took place at the close of 2022 - All eyes were on Africa with the annual UN Climate Change Conference (COP27) taking place in Sharm el-Sheikh. The location of the event is symbolic of the developing world taking a bigger voice in the global conversation around climate change. One of the UN's major focal points for this year's conference has been 'the just transition', a movement towards net zero by 2050 that factors in the world's marginalised populations.

Africa is the quintessential example of how complex climate policy on a global level can be and how important an egalitarian approach is. What good is it to have a boom in electric vehicle demand for richer nations when the lithium in those batteries is unsustainably mined in Congo by workers on untenable wages? How can developing countries expect to keep parity with western transition standards when they have had no reprieve from high interest debt payments that do not grant relief for climate disasters like hurricanes, floods and droughts?

The COP27 conference has allowed developing nations to take centre stage and raise greater awareness of climate justice in the goal for a decarbonised future. As a result, there has been renewed attention on redressing the balance with initiatives like climate resilient debt clauses, loss and damage funds, and a push for the private sector to take a bigger role in transitioning to net zero with an added focus on social justice.

Prime Minister Rishi Sunak invoked the memory of Her Late Majesty Queen Elizabeth II, who spoke at COP 26 last year in Glasgow about the need for global cooperation. Sunak took this opportunity to re-commit the UK to its 1.5° cap pledge. During the conference the UK government fell short of signing on to the Loss and Damage Fund but agreed to establish a framework for Climate Resilient Debt Clauses. UK Export Finance will soon become the first credit agency in the world to offer developing nations debt relief on international loans to countries that have suffered economically as a result of climate related disasters. It is hoped that this will become a standard practice amongst international lenders such as sovereigns, the World Bank, IMF and WTO.

A broader list of countries affected by natural disasters should be able to pause their debt payments, under a scheme drawn up by international financial institutions including the IMF, World Bank and private sector lenders.

Africa's natural resources are at the heart of a heated debate about how to balance economic growth and tackle global warming.

At the current COP27 negotiations in Egypt, dubbed by some as the "African COP", the continent's leaders are trying to get support and funding to tap into Africa's vast gas reserves, arguing that gas is less polluting than alternative fossil fuels such as coal and oil. This argument has already been endorsed by the European Union.

A just transition depends on energy systems that work for everyone

The west’s dash for African gas has become a rallying point at Cop27, with climate justice activists calling out the hypocrisy of rich polluting nations who are scrambling to keep energy prices down by pushing for more fossil fuel projects in Africa.

A climate fund was born. It still doesn’t have any money.

Two months after officials from around the world reached a surprise agreement to provide aid for escalating climate damages, the new fund hasn’t received a single pledge.

The International Capital Market Association (ICMA) has today published new Climate Resilient Debt Clauses (CRDCs) which can defer a country’s debt repayments in the event of a pre-defined, severe climate shock or natural disaster.  A standardised term sheet for this has been produced by the UK-convened Private Sector Working Group (PSWG): sub-group on Climate Resilient Debt Clauses, with legal support from Clifford Chance. The PSWG brings together International Financial Institutions, including the International Monetary Fund (IMF) and World Bank (WB), G7 countries, borrowing countries, and the private sector, including major US and European banks and investment firms, legal and financial advisors specialising in sovereign debt, as well as academic experts.

Countries hit by climate change-driven disasters such as flooding and hurricanes will automatically be able to freeze debt payments under new plans laid out by the bond market rule setting International Capital Market Association (ICMA).

A series of symbolic moves on climate finance at Cop27 suggests positive momentum could be starting to build on a pivotal issue at the UN summit in Egypt.

The UK said it would allow some debt payment deferrals for countries hit by climate disasters, while Austria and New Zealand put forward funding for loss and damage, which is the cost of rebuilding in poorer nations after unavoidable climate impacts.

The new Loss and Damage Fund (LDF) agreed at COP27 represents a long and hard-fought win for small and vulnerable states and an important step towards climate justice. Loss and damage, in its broadest definition, encompasses all the negative impacts of climate change including extreme weather events like hurricanes and flooding, and slow onset events like rising temperatures and ocean acidification.

During the U.S-African Leaders Summit, held December 13-15 in Washington DC, the United States affirmed and expanded its enduring partnerships with African governments, the private sector, civil society, and philanthropic actors in recognition of the pivotal role African governments, institutions, and peoples will play in addressing one of the greatest global challenges of our time – climate change.  Many of the most vulnerable countries to climate change are in Africa, and the partnerships highlighted at the Summit will be essential to bolstering their resilience.

The COP27 climate summit in Sharm el-Sheikh, Egypt concluded with a historic breakthrough to help vulnerable countries deal with losses and damages from the impacts of climate change. But the talks also disappointed many stakeholders by not taking any significant new steps to curb emissions, which are critical to limit temperature rise to 1.5 degrees C (2.7 degrees F) and avoid a far more dangerous world. And despite some bright spots, progress on adaptation was also less than hoped for. 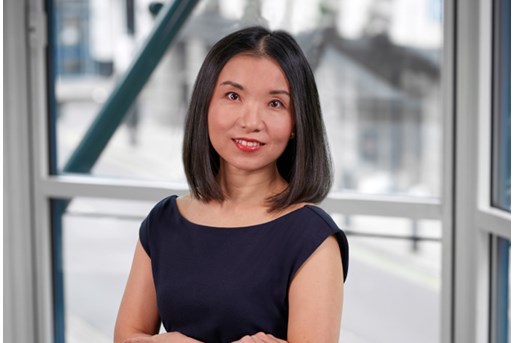 Sovereign sustainability-linked bonds: The dawn of a revolution