CMA INVESTIGATIONS: A BALANCING ACT BETWEEN THE INTERESTS OF OPEN JUSTICE AND CONFIDENTIALITY

In a recent hearing of an appeal, the Competition Appeal Tribunal (CAT) considered the issue of confidential information provided to the CMA by third parties and its subsequent use in related appeals.

Whilst the judgment in [2022] CAT 11 relates to the BGL v CMA appeal and excisions from that judgment, it contains important guidance for third parties to consider when interacting with the Competition and Markets Authority (CMA) at the investigation stage.

The CAT, like all courts in this jurisdiction, is often required to adjudicate on the balance to be struck between justice being done (via public hearings) and how confidential information forming part of those proceedings should be treated: confidentiality can impede the principle of open justice.  The CAT made clear that it places a "very high premium on the principle of open and public justice" and, absent a real risk of material harm, it will not deviate from the default position of public hearings.  The interests of open justice will almost always take prominence over even legitimate interests of confidentiality.

A CMA investigation concluded in November 2020 that price comparison website ComparetheMarket (and its group undertaking, collectively referred to as BGL), had breached competition law by imposing wide 'most favoured nation' clauses on home insurance providers selling through its platform.  BGL was fined £17.9m as a result and appealed the CMA's decision.

During the investigation, the CMA received material from third parties, over which confidentiality restrictions were agreed.  At the hearing of the appeal, it became apparent that the confidentiality restrictions agreed by the CMA was impairing the effective conduct of the hearing.  The CAT dealt with an application for the proceedings to go into private session to enable the cross-examination of a witness on behalf of the CMA, which would include reference to such confidential material.  That application was determined via a ruling under [2021] CAT 33.  Whilst the CAT's clear preference was to avoid any part of the case being heard in private, it felt it was effectively compelled to accede to that course as a result of what it considered was an "over-inclusive confidentiality regime that had been operated by the CMA".  This was not a criticism of the CMA itself (which was merely reflecting confidentiality as articulated by third parties involved in the CMA's investigation) but rather the wide-ranging confidentiality regime accordingly operated by the CMA which was impeding the conduct of the trial.

In the CAT's view, the regime agreed was unworkable and at odds with the principles of open justice; notably there was no clear distinction between (i) information which, if published, might do material harm to a third party; and (ii) material which a third party merely wishes to keep confidential for other reasons, or would simply prefer not to be published.

The judgment offers the following insight to how the CAT will treat confidential information adduced from third parties as part of investigations by the CMA:

Undoubtedly there is a lesson for all concerned about the extent of confidentiality claims, and it may be that the CMA heeds this guidance and adopts a more robust approach to confidentiality.  There is clearly a balance to be struck, however, in encouraging third party participation in investigations.  The CAT was clear that it does not consider that its ruling will have any "chilling effect" on disclosure of information by third parties to the CMA in any future investigation and that, even if there was such an effect, the CMA has powers at its disposal to compel the production of information that the CAT can assist with if required.  There can be no doubt, however, that third parties will need to consider carefully the nature and extent of confidential information shared with the CMA: a confidentially designation applied to information during the investigation phase does not automatically protect that information during subsequent court hearings and in written judgments. 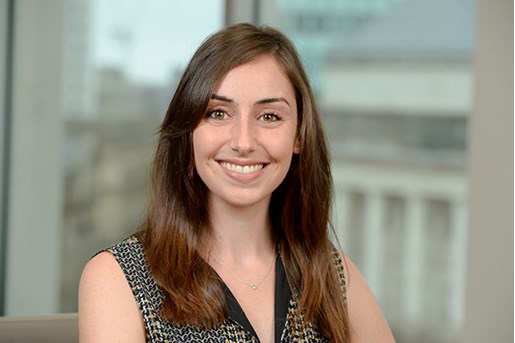