This is a minimum entitlement which is not required to be (and under UK law must not be) pro-rated to be proportional to that of a full-time worker (Harpur Trust v Brazel, SC [2022])

Agreeing with the Court of Appeal and the Employment Appeal Tribunal, the Supreme Court held that an Employment Tribunal (ET) had been wrong to find that permanent "part-year workers" (such as a visiting music teacher working during "term-time" only) should only receive proportionally the same holiday pay as a full-year worker.

Although applying the 5.6 weeks' entitlement without pro-rating may result in part-year workers receiving more paid leave than they are strictly entitled to under the European Working Time Directive (WTD) and which is proportionally greater than full time workers, the Supreme Court noted that:

a) European law (including the WTD where the entitlement stems from) does not prevent the UK from making more generous holiday provision for part-year workers; and

b) the UK's Working Time Regulations 1998 (WTR), which implement the WTD in the UK, do not allow for different methods of calculating holiday pay other than those set out within the WTR and do not include pro-rating for part-year workers.

Mrs Brazel (B) works a variable number of hours each week as a visiting music teacher for the Harpur Trust (Trust) and is only paid for the hours that she teaches during term time.  As a worker under the WTR, she is entitled to 5.6 weeks of paid annual leave, which she takes during school holidays.  However, because she is not required to work at all during the school holidays, in practice there are more than 5.6 weeks each year in which she does not work at all.

At first, the Trust paid B's 5.6 weeks of holiday pay by calculating her average week’s pay in accordance with section 224 of the Employment Rights Act 1996 (ERA) and then multiplying that by 5.6.  At the time, section 224 defined a “week’s pay” as a worker’s average weekly pay in the period of 12 weeks (which has increased to 52 weeks since 6 April 2020) ending with the start of their leave period, ignoring any weeks in which they did not receive any pay (Calendar Week Method).  The end result was that B received 17.5% of her annualised hours as holiday (rather than 12.07% under the Percentage Method detailed below).

However, from September 2011, the Trust changed its calculation method. In line with Acas guidance (now re–written) the Trust calculated how many hours B worked at the end of each term, took 12.07% of that figure and then paid her hourly rate for that number of hours as holiday pay (Percentage Method).  12.07% is the proportion that 5.6 weeks of annual leave is to the total working year of 46.4 weeks. The Trust therefore treated B as entitled to 12.07% of her pay for the term, reflecting only the hours she actually worked.

As a result, B received less holiday pay than in previous years and brought an unlawful deduction from wages claim for what she saw as the underpayment of her holiday pay. The ET dismissed her claim but the Employment Appeal Tribunal (EAT) allowed her appeal, holding that the statutory regime required the use of the Calendar Week Method.  The Court of Appeal and now the Supreme Court both agreed with the EAT and have dismissed the Trust's appeal.

What should you do now?

This ruling could potentially have a wide-ranging impact for employers who engage atypical workers on a permanent contract but who do not work the whole year round.  The Supreme Court upheld the Court of Appeal's decision so the legal position is technically unchanged, but many businesses have been waiting for the outcome of this appeal before taking steps on the calculation of holiday pay for atypical workers.

It is now clear that part-year workers under a permanent contract are entitled to 5.6 weeks' annual leave entitlement in full without pro-rating and that their holiday pay should be calculated using the Calendar Week Method above.  This decision could make the provision of holiday pay more expensive for employers with these types of arrangements, so employers will need to assess the impact on their business.

Employers with part-year workers on permanent contracts should review their holiday policies and contracts to ensure compliance with the Supreme Court judgment.  Where part-year permanent workers have had their holiday pay incorrectly calculated, they may bring claims for unlawful deduction from wages, but will need to do so within three months from the last deduction and can only bring claims for a maximum of two years' back pay.  It may also be appropriate to revisit the use of permanent contracts for certain types of workers where their services are only required for a few weeks a year.

However, the decision does not affect permanent part-time staff who work throughout the full year, because their 5.6 weeks' holiday already reflects the hours or days that they actually work each week (i.e. someone who normally works 3 days/week is entitled to 16.8 days' leave).

The Supreme Court acknowledged that the Calendar Week Method can lead to part year workers receiving holiday pay which is a higher proportion of their annual pay than full time or part time workers who work regular hours, but considered that a slight favouring of workers with a highly atypical work pattern would not justify a wholesale revision of the statutory scheme.  Nevertheless, employers may need to address any employee relations issues if such anomalies arise in their workplace. 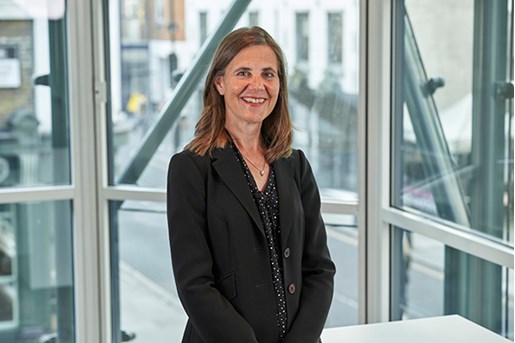