The Procurement Bill: What Bidders and Suppliers Need to Know

The Procurement Bill is making its way through Parliament. It is expected to become law in early 2023 and represents the most significant shake-up to procurement law and practice for a generation.

For the first of our detailed posts on the Bill, we look at one of the most important points for bidders and suppliers to the public sector: the use and publication of contract performance measures and the extra jeopardy around exclusion from future procurements. What are the changes and what should you do about them?

If you have any questions or would like to know more about how to prepare for reform, our team would be delighted to discuss this with you.

What are the key changes?

The key changes which flow from this are:

What do the changes mean?

Contracts over £2 million in value must be published within 90 days of being entered into. KPIs must also be published and then performance reported on at least once a year. If a supplier is underperforming or there has been a breach which has resulted in termination/damages/settlement, this must be reported (this does not apply to private utilities). This means suppliers are publically held to account for living up to their promises. There are also significant potential impacts which flow from this, including exclusion.

A new discretionary ground for exclusion has been introduced which gives contracting authorities the ability to exclude a bidder. The ground applies when a supplier has breached a relevant contract in a sufficiently serious way and also if it has not performed to the customer's satisfaction (and has failed to improve after notice was given).

The wider reforms mean that the underlying performance data will be public - it will be much harder for bidders to pick and choose their best contract experience. The Bill also proposes a central debarment list where poor performers can be excluded from applying for public contracts – this is a significant step towards holding suppliers to account and is likely to cause most bidders some concern until it is seen how this list is managed.

The hurdles which bidders are facing do not stop here, as supply chains are set to be more closely scrutinised.

A bidder which has failed to provide requested information or provides information which is incomplete, inaccurate or misleading must be treated as an "excluded supplier". A significant impact of this is that a contract may have to be terminated where "a supplier has since the award of the contract, become an excluded supplier or excludable supplier". Where it becomes apparent that a supplier is subcontracting but did not state this in the bid, this has the potential to become a ground for challenge.

Bidder supply chains (and not just the ‘key’ or ‘essential’ ones anymore) will also need to satisfy the mandatory and discretionary exclusion grounds. Clearly, bidders are going to need time to prepare their supply chains to be able to answer questions about them properly and be sure they meet the required standard.

The good news is that bidders should be getting better warning that a procurement is due to be launched. Contracting authorities (but not private utilities) which consider they will pay more than £100 million under relevant contracts in the coming financial year are required to publish a pipeline of contracts with an estimated value of more than £2 million.

What should bidders do, and when?

Legal teams will need to work closely with the business on public sector tendering if they are not already doing so. Bidders will need to ensure key performance indicators are drafted appropriately and there are sufficient warnings to alert it if the customer believes metrics are likely to be missed as this will be reported on publically and could lead to exclusion.

Care will need to be taken to ensure confidential information in contracts is not published online: in particular, commercial and technical schedules (not only pricing) should be reviewed and redacted (thought may be given to redacting certain clauses which show a position has been accepted by a bidder as this could undermine other negotiations). We recommend allocating resource and processes now, so it can be managed when the Bill goes live in mid-2023 (current expectation).

Bidders should also allocate resource to scan public notices and reports as the transparency measures represent an opportunity to monitor competitor contracts – where terms seem onerous or you know they are not being adhered to, this could indicate there are grounds to challenge.

The list of exclusion grounds in Schedules 6 and 7 of the Bill should be reviewed and bidders should 'clean house' ahead of these coming into effect. This goes for the supply chain as well. Bidders should take stock of their supply chains and ensure that they do not represent a risk to winning (and keeping) a contract. Bidder policies which govern behaviour and can be included in sub-contracts may be helpful here; as a minimum we recommend including clauses requiring adherence to certain standards which (if breached) could lead to exclusion from public contracts. Reporting and ongoing due diligence will also be key, to allow bidders to be alive to the health of their supply chains and can put forward the best teams for public contracts – reporting obligations should be built into these subcontracts if they are not already there.

The obligation on contracting authorities to publish pipelines of contracts which are coming up in the year ahead is a subtly significant change. We expect this will create an opportunity for diligent bidders to identify opportunities and allocate resource to projects which align with their strategy. It may result in procurements being more competitive and challenged more regularly as the bidders will be better prepared and more specifically targeting contracts so bidders should anticipate this.

Overall, the message is to have a firm understanding of your business, ensure the supply chain is strong and healthy and ensure your contracts are realistic in terms of performance requirements. Plan to allocate the resource needed to manage your public sector activity to give you the best chance of success. 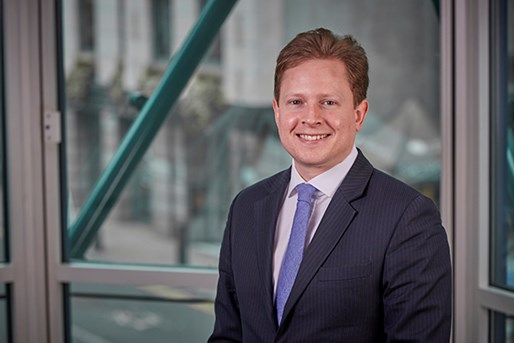