The EU Digital Markets Act (DMA), which will put an end to unfair practices by companies that act as gatekeepers in the digital sectors, has now entered into force.

The provider of a CPS will be designated as a gatekeeper if it satisfies the following quantitative thresholds:

The DMA will have a massive impact on the digital landscape. It will prevent gatekeepers from imposing unfair conditions on businesses and consumers by imposing a series of obligations on them prohibiting them from engaging in certain behaviours. For example, a gatekeeper must allow third parties to interoperate with the gatekeeper's own service in certain situations and allow their business users to access the data they generate in their use of the gatekeeper's platform.

The Commission will carry out market investigations to ensure that the new gatekeeper rules keep up with the fast pace of digital markets. Gatekeepers will be required to undertake significant work to ensure compliance otherwise they may face fines of up to 10% of total worldwide turnover, or up to 20% in the case of repeated infringements and periodic penalty payments of up to 5% of the average daily turnover.

The UK is proposing to implement a similar regime, which will be enforced by The Digital Markets Unit in order to regulate digital markets. The new regulatory regime will regulate the most powerful digital firms with a focus on promoting greater competition and innovation.

On 31 October 2022, the UK's Government Digital Service (GDS) and Japan's Digital Agency, both governmental bodies concerned with the digitalisation of their respective jurisdictions, signed a Memorandum of Cooperation (MoC) to deepen ties on digital government transformation.

Represented remotely by Minister Jeremy Quin and in-person by Government Digital CEO Tom Read, the UK agreed to work with Japan to exchange knowledge and strategies to promote the adoption, design and diffusion of digital tools and services across public sectors in both countries. The UK has already sent a group of digital experts to Japan to take part in workshops and policy exchanges.

Welcoming this partnership with the GDS, Japan's Digital Transformation Minister KONO Taro has said that "by sharing expertise and lessons learned, we are assisting each other in promoting digital transformation in the government and across society to ensure no one is left behind".

With a specific focus on:

the MoC proves to be a key step towards promoting improved technical capability of both jurisdictions' governments. In particular, this collaboration signifies a heightened effort to fulfil joint digital priorities including digital infrastructure, digital regulation/standards and identification data.

Call for evidence on digital services tax, in readiness for shift to new international tax regime

The DST was introduced in recognition that, while taxes on corporations were historically levied based on a business' location, the Internet allows businesses to generate revenues without being physically located in a specific country. DST therefore reflects the value being generated by multi-national digital businesses through UK users.

That being said, the UK government is expected to remove DST, once international reforms proposed by the Organisation for Economic Co-Operation and Development (OECD) come into effect. The OECD reforms are intended to re-allocate the right to tax such businesses from their home countries to the tax jurisdiction where their users or customers are located. According to the UK government, this will ensure that multinationals pay their fair share in the countries where they do business.

In readiness to replace DST with OECD's reforms, the Public Accounts Committee has called for evidence on issues regarding the design, implementation and administration of DST. The deadline for submissions of evidence was 27 November 2022. A public oral evidence session will take place on 8 December 2022.

The National Audit Office report underlying the call for evidence found that HMRC received £358 million in DST receipts for the 2020-21 tax year, 30% more than forecast. Most digital businesses are now paying more in DST than they do in Corporation Tax. While the report found that HMRC is yet to identify any non-compliance, it was unclear whether HMRC had identified all businesses that should be within DST's scope. HMRC is keen to ensure a high level of compliance, and to maintain DST as a credible alternative until the OECD reforms take effect.

We should expect further developments in this area, as new businesses may be identified as falling within DST's scope, which may have knock-on effects for compliance. In the longer term, it will be worth keeping an eye on the impacts that the OECD reforms have on businesses currently liable to pay DST. 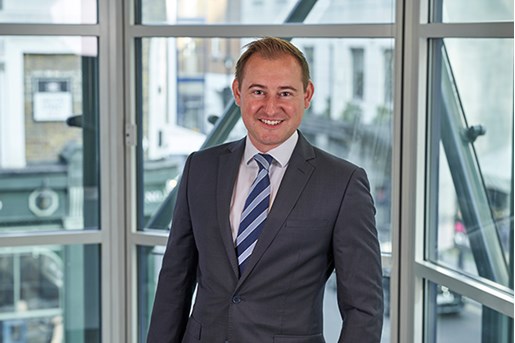