The Government is attempting to shackle transfers to connected parties by way of pre-pack Administration.

The new draft 'Administration (Restrictions on Disposal etc. to Connected Persons) Regulations 2021', published 24 February (Draft Regulations), are designed to further increase transparency for the wider stakeholder body in connection with pre-packaged Administration business and asset sales to management, sponsors and other connected parties.

However, the detail of the new reforms may succeed only in creating an 8 week long window of commercial uncertainty for inexperienced connected party buyers (the very thing pre-packs are designed to mitigate) and a new 'tick box' exercise for experienced market participants (the very constituency the new Draft Regulations may wish to restrain).

The Draft Regulations are also likely to be the nail in the coffin for the existing (voluntary) regime from 2015, the "pre pack pool" (experienced business people positioned to offer a non-binding opinion on a proposed pre-pack transaction).

The draft legislation is expected to be debated in Parliament and to come into force from 30 April 2021 without material changes.

A. RESTRICTING "SUBSTANTIAL DISPOSALS" TO CONNECTED PERSONS WITHIN THE FIRST 8 WEEKS

An Administrator would be unable to perform a “substantial disposal” of company property to one or more persons connected with the company within the first 8 weeks of the Administration (beginning with the day the company enters Administration) unless they have either:

A disposal will be "substantial" for this purpose if it is "in the administrator’s opinion, [a disposal of] all or a substantial part of the company’s business or assets" (including by way of a series of transactions).

B. WHO IS A CONNECTED PERSON?

“Connected person” is already helpfully defined in the Insolvency Act 1986 as including "relevant persons" (i.e. directors, shadow directors or other officers of the company in Administration, non-employee associates, as well as “connected companies”).

This definition covers a broad swathe of possible actors, but it could be argued that it will not always cover sponsor entities that do not share officers with a subsidiary entity.

C. WHO APPOINTS THE EVALUATOR, AND WHAT QUALIFICATIONS MUST THEY HAVE?

Under the Draft Regulations, an evaluator need not be regulated person such as a licensed Insolvency Practitioner, Accountant or Solicitor, for example. A person will be qualified to act as an evaluator if they:

During the November 2020 consultation process, R3 (the Association of Business Recovery Professionals) specifically highlighted the risk associated with the under-regulated nature of the evaluator role:

"We are very concerned that under this criterion, unqualified and inappropriate opinion providers will actually be deemed to be qualified, simply by dint of their assertion only. As well as undermining the entire point of these reforms, this approach risks bringing prepacks and the wider regulatory framework into disrepute".

Compounding this potential problem for the Draft Regulations however is the fact that it is the connected person themselves who are to appoint the evaluator.

One caveat to this criticism is relevant: the Administrator must be satisfied that the evaluator making that report (at the time it was made) had sufficient relevant knowledge and experience to provide such an opinion: connected parties will therefore have to work with the Administrator to appoint an evaluator. This may however only serve to highlight a perceived issue the Draft Regulations were possibly intended to solve: the perception of connected parties appointing 'their' Administrator, so to speak, and delivering a sale through that supposedly captive office holder.

Absent a pre-approved defined category of regulated opinion providers (such as the under-utilised, and soon to be defunct, 'pre-pack pool'), it is possible that the evaluator role could be viewed as a 'rogue's charter' - open to abuse and even opinion shopping (where the only formal opinion submitted is the opinion condoning the sale, after a process of 'consultation' of opinion providers, for example). Any "previous reports" must be stated to have been considered by the evaluator (query whether this extends to informal preliminary views over the phone / email etc.), and must be provided by the Administrator to the creditor body.

D. THE QUALIFYING REPORT FROM AN EVALUATOR: WHAT DOES IT COVER?

The evaluator's report must contain the following information and relevant conclusions:

E. CAN THE EVALUATOR'S REPORT BLOCK THE SALE?

Where an evaluator's qualifying report states a 'case is not made' for the support of the "substantial disposal", an Administrator can nonetheless proceed with the sale to a connected person(s).

However, that Administrator, will be required to provide a statement setting out their reasons for proceeding despite the conclusion of the evaluator in the report. This might include an assessment that:

As presently drafted, the Draft Regulations may come to operate as a tick-box exercise for experienced market participants given: 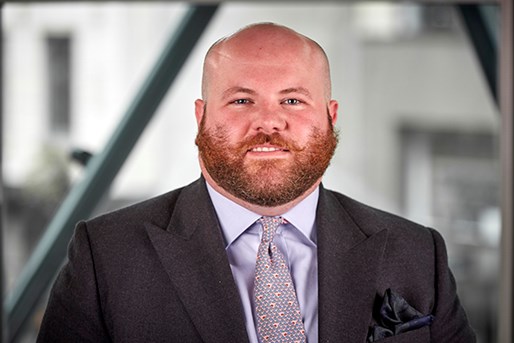