Annual Report of the Supreme Court 2020: A Year in Review

The Annual Report of the Supreme Court (the “Report”) was launched today, Wednesday 14 April 2021, by the Chief Justice Frank Clarke (the “Chief Justice”).

The Report covers inter alia, remote hearings, the introduction of new Supreme Court procedures, the workload of the Supreme Court and electronic judgments. We set out some of the key points below:

In answer – no and yes. The Chief Justice highlighted that the Courts made the transition to remote court hearings relatively quickly, with the first remote hearing taking place just 40 days after the announcement of the first set of Covid-19 restrictions in late April 2020. In the last year, all Supreme Court hearings were conducted via remote platform with the exception of Friends of the Irish Environment v. Government of Ireland [2020] IESC 49 which was conducted in-person at Kings Inn which was large enough to accommodate compliance with social distancing measures.

The Report highlights that the number of applications for leave to appeal to the Supreme Court reduced by approximately 38% in 2020. The reduction in applications for leave to appeal directly from the High Court was more significant than the reduction in applications to appeal from the Court of Appeal. The Chief Justice suggested that this indicates that the pandemic more significantly impacted the work of the High Court than the Court of Appeal. The Chief Justice is of the view that these reductions will largely correct themselves in 2021.

The Chief Justice said that the Supreme Court is as up to date as it will ever be in its work and the Report indicates that, at present, a case granted leave to appeal today would be heard within 14 weeks. In terms of judgments, the Chief Justice said only six cases were currently awaiting judgment – a figure which would ordinarily be in the high teens.

The Chief Justice explains in the Report that this procedure had been in contemplation for some time but was expedited because of the need for greater focus given the limitations of remote hearings to include the lack of interaction that can take place between the parties via the remote platform.

The Chief Justice confirmed that judgments are currently being delivered electronically rather than in the court room. Consequently, there is no immediate debate between the parties about Orders and costs rather there is often an exchange of documentation between the parties resulting in a further written ruling. The Chief Justice acknowledged suggestions that the Court should make more use of written procedures. However, the Chief Justice made the point that written submissions are no substitute for the rigorous debate of a court room as they do not necessarily lead to greater results or efficiencies as often, what may have to be teased out of written submissions, might be resolved within a few minutes of questioning.

The full Report contains an account of the decisions in the most important cases of the last year and, in this regard, the Chief Justice noted that the report looks the same as it did in other years. This is a credit to the Supreme Court and the Courts Service, given the year that we were in. 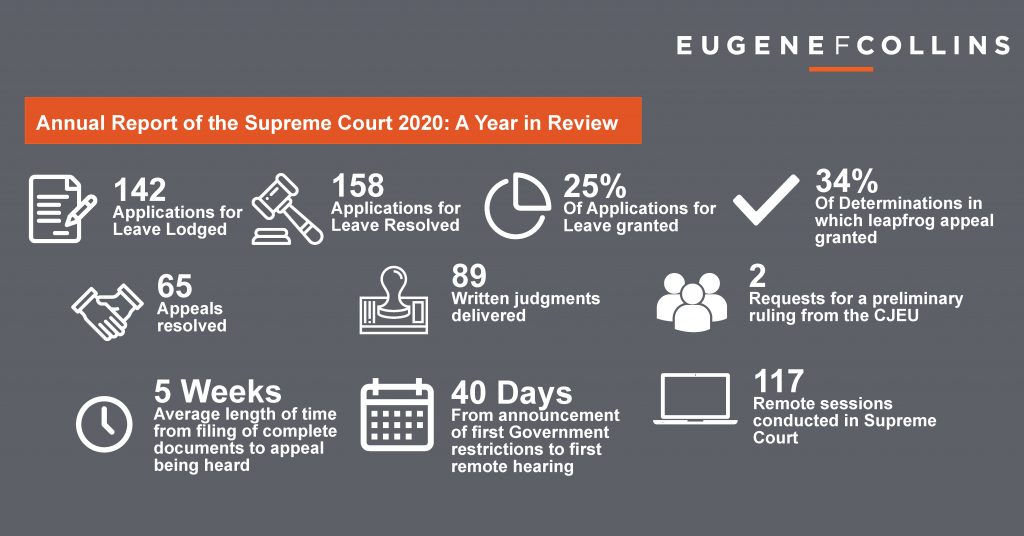 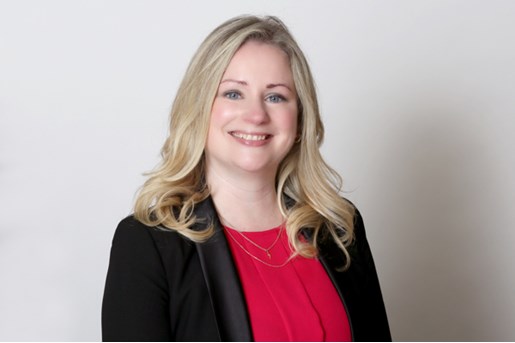