A month to go

When the FCA wrote its 'Dear CEO' letter to portfolio retail banks on 22 May 2021, highlighting concerns about the quality and effectiveness of anti-money laundering controls, it set a deadline of 17 September 2021 for them to:

We are aware that since then many retail banks have been hard at work reviewing their AML policies and procedures.  Banks that have not completed this work by the FCA's deadline (or are not at least ready to show the gap analysis has been done and any reforms are in progress), are likely to be at risk of regulatory action.

The FCA identified in its letter six key areas of retail banks' anti-money laundering systems and controls where it perceives there are common weaknesses:

Within each area, the FCA made specific observations for firms to consider.

A clear warning shot from the FCA

Taken together with other recent senior-level messaging from the FCA on the subject of AML controls, we believe this letter should be read as a clear warning to retail banks and the senior managers who work for them.  In effect, the FCA is allowing a time-limited opportunity for controls to be improved before it takes further action.  There are likely to be negative consequences for retail banks that do not get their houses in order (or do not do so in time).

Although the FCA could certainly point to long standing legal and regulatory requirements in support of its work, the time it has allowed firms to carry out their 'gap analysis' - over a summer when much of the UK is emerging from lockdown and many are in the process of identifying 'new normal' working patterns - seems short.

Retail banks should not underestimate the challenges of making changes to their systems and controls in some of these areas.  In particular, change control procedures typically restrict (for good reason) rapid changes to core IT systems (such as those that may monitor customer transactions or screen customers for sanctions).  Further, reforming human-based systems and controls inevitably takes time, as new policies are written, staff are retrained, new procedures are embedded, and post-rollout testing is done.

The FCA has set a particular challenge for the UK branches of retail banks headquartered outside the UK, that rely on centrally-provided or group-wide services for AML controls in their UK business.  Among the work that such firms need to do is to consider whether those centrally-provided services are adequate to meet UK legal and regulatory requirements.  These may differ from the requirements in other countries.

Although UK and EU AML rules are based on the FATF Recommendations, which many other countries around the world have also adopted as the basis for their laws and regulations, technical implementations vary considerably across the globe.  Sanctions regimes also differ markedly, and are often fast-changing (for example, the UK now has its own sanctions regime post-Brexit).  This is an area where the detail matters.

Reforms to group-wide systems and controls are likely to require approval from the centre, associated investment, and sometimes the successful bridging of different cultures and AML regimes worldwide.  This can be very challenging.

A platform for future enforcement and litigation

It is important to understand that the areas of weakness the FCA highlights relate to AML policies and procedures that are not 'optional' or 'matters of good practice' alone.  In the UK, they are mandated by one or more of:

The FCA has already repeatedly taken enforcement action in this area and we expect to see further such action following this 'Dear CEO' letter.  Experience suggests that the FCA will in time deploy it, and retail banks' responses to it, as part of its case against non-compliant firms and individuals.

The fact of having been warned by the regulator of the need to focus on particular areas, and given time to make changes, could weaken the counter-arguments of firms and individuals who find themselves in enforcement.  Not only could it make it harder for some firms to argue that their controls met legal and regulatory standards, it could also weaken mitigation arguments where controls have fallen short.  The FCA's specific prompts about senior manager responsibility, and the need for the gap analysis to be "properly completed and its findings shared internally and acted upon as appropriate", may also make it easier for the FCA to reach a regulatory finding against those senior managers.  The end result could be a greater prospect of success for the FCA in the cases it brings, and more severe penalties for individuals.

A regulatory and a criminal law issue

The FCA has multiple enforcement powers in this area.  In some cases, it could not only take enforcement action against firms and individuals through its usual civil/regulatory enforcement process (based on its own rule book, including the Senior Managers and Certification Regime).  It could as an alternative prosecute them before the Crown Court (based on the MLRs and PoCA).

Where a bank's AML controls are perceived as weak, there need not have been actual money laundering before the FCA can take action.

The FCA has made clear in its public messaging over recent months, for example in its 2021-22 business plan, that it is increasingly willing to take a robust position and use litigation to test the extent of its powers.

Being the subject of successful civil/regulatory enforcement action could have severe consequences for a retail bank or member of its staff.  However, where the FCA takes action on the basis of the criminal law, the consequences could be even more severe.  Apart from reputational damage and the risk of penalties (including fines and, for individuals, the potential for a prison sentence), under English law a criminal conviction could restrict or debar a bank from competing for some types of public contract, affect its ability to obtain or maintain the licences it needs to do business, or end a staff member's career in financial services on the basis that they are no longer fit and proper to carry out a regulated function.

For retail banks operating in the UK and elsewhere, the consequences of a conviction in the UK - under laws outside the UK - could also be severe and unpredictable.

I don't work for a retail bank… should I care about this?

Although the FCA addressed this 'Dear CEO' letter to certain retail banks, we believe it is likely to reflect the FCA's approach towards some other types of regulated firm as well, particularly payment services firms, electronic money firms, and some building societies.  These are also often bound by the same or similar legal and regulatory requirements, and in some cases (seen from a customer's perspective) they provide similar services.  They also often use the services of retail banks to carry on their own businesses.  These firms would also in our view be well advised to be aware of the FCA's work.

Some key questions to mitigate risk

As retail banks finalise their work following this 'Dear CEO' letter, we would suggest that in the month they have left before the FCA's 17 September deadline, they take a step back and consider some key questions for each of the six key areas that the FCA identified in its letter. 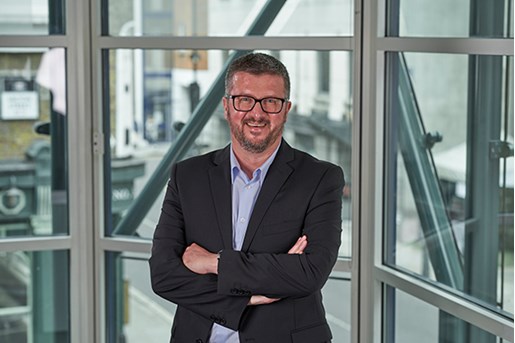