Government Consultation on Greater Transparency on Terms of Land Agreements

The data provided by HMLR on the control of land is limited. The Government believes that disclosing better data on land ownership which is subject to contractual control interests is required to achieve its vision for the planning system as outlined in the recent white paper Planning for the future (August 2020). It is suggested that providing better data will help facilitate the development process for planners and developers by reducing the time and cost associated with site identification and encourage more companies to enter the house-building market to help build the homes the country needs.

There has been much talk in the press of developers strategic "land- banking", where an interest is held in land by developers but not owned by them. Such land often has the benefit of planning permission, but the developer does not buy and instead waits for the value of the land to increase so it can sell on at a profit or acquires the land for its own use at a later date under better market conditions. Many see land banking as an obstacle to preventing an increase in the number of homes being built and is contrary to the ethos behind the Build build build policy announced by Boris Johnson earlier this year.

It is the Government's opinion that the disclosure of land ownership in the context of options/pre-emptions/conditional contracts is of legitimate public interest on grounds of accountability including:

Impact of the Proposals

If the proposals are implemented, developers would need to provide additional information about the terms of the agreement. It would not be possible to protect the agreement at HMLR until such information had been provided. The right to remove sensitive information from the document before sending it to HMLR would be modified so that the data required under the new regime could not be redacted where that information falls within the information that HMLR must disclose.

To minimise the burden on businesses the Government proposes to simply adapt the existing agreed notice procedure to collect the additional data required, placing a reliance on the self-interest of beneficiaries to note their interests and avoid the financial and legal risks associated with no protection.

The proposals could have a considerable impact on developers in particular and the amount of information that they have to disclose about deals that they have entered into with landowners. Developers will be concerned that the Government’s plans for greater transparency may require the disclosure of commercially sensitive information about their business proposals and development opportunities that they have identified.

Beneficiaries of contractual control interests would also be required to certify in their annual accounts that all relevant interests are the subject of an agreed notice. This would require additional time and cost spent on preparing annual accounts and identifying the relevant interests and could be onerous especially within larger corporate structures. As a result, this consultation may concern some beneficiaries of such arrangements.

The greater concern around transparency of information for developers may lie less in what is disclosed, but more in what conclusions the Government (or indeed others, for example, local authorities) arrive at from that information. If the Government were to reach a conclusion from that data of a “sound evidence base" of "inefficiencies in the land market” in a climate where there is a renewed and meaningful focus on delivering houses any further action that follows may have far greater impact. 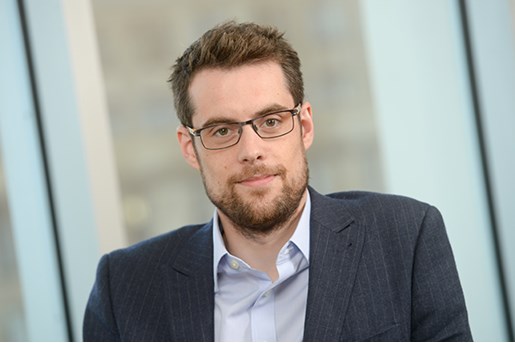 ENERGY PERFORMANCE - ACHIEVING AN EPC B RATING: IT'S NO LONGER A LONG, LONG ROAD TO 2030!

Charity Promotions: The Risks and Requirements

Webinar: Want to win in HR?