Material Adverse Change clauses in the midst of COVID-19

In the midst of the COVID-19 pandemic, when markets and trends are changing so rapidly, M&A parties should consider the effect that material adverse change (MAC) clauses could have on transactions.

In corporate acquisitions, where recent events have had a detrimental impact on the target business post exchange but pre-completion, buyers may look to invoke MAC clauses in an attempt to abandon the deal or alternatively lower the purchase price.

What are MAC clauses and where might we see them?

MAC clauses are used to protect parties against the risk of unforeseen events or circumstances.  They are sometimes referred to as material adverse effect (MAE) clauses.

Such clauses are often found in finance documents and acquisition agreements.  The form and content of MAC clauses will vary depending on the nature of the transaction.  In corporate transactions involving a share purchase agreement (SPA), the MAC clause will often give the buyer the right to terminate the SPA prior to completion if events occur that are detrimental to the target company.

MAC clauses will usually be the subject of detailed negotiation between the parties.  They are often wide in scope and may be drafted in vague terms.  There will usually be a focus on such provisions when events or circumstances cause a significant downturn in the economy.

What sort of issues should the MAC clause cover?

The wording of MAC clauses should be considered carefully.  A poorly drafted definition could have unfavourable consequences for the party seeking to rely on it.  Specific conditions may be easier to enforce than general conditions.  For example, the definition of material adverse change may specify certain conditions relating to:

The more precisely defined the test, the more likely it is that a court will interpret the clause restrictively because there will be less scope for argument as to whether the clause can be invoked.  However, there will be greater uncertainty where the clause is more broadly drafted.

The approach of English courts to MAC clauses

MAC clauses have rarely been considered by the English courts.  And even where they have been, that involved MAC clauses with varied wording considered against specific factual backgrounds.  Accordingly, it is difficult to establish with any certainty the approach that a court would take when assessing a MAC clause.  This means that often the only proper way of testing the position is to make an application to the court for a ruling.  Court proceedings can of course be lengthy and costly.  However, this may be helped by the Shorter Trials Scheme, which was designed for cases that can be fairly tried on the basis of limited disclosure and oral evidence (e.g. disputes about the interpretation of contractual clauses) with a trial length of not more than four days.

The MAC clause will then be subject to the interpretation of the court.  Under English law, a court will interpret the clause by focussing on the meaning of the relevant words in their documentary, factual and commercial context (disregarding subjective evidence of any party's intentions) (Arnold v Britton [2015] UKSC 36).  Once the court has interpreted the meaning of the provision, it would then need to make a factual determination of whether or not a material adverse change has occurred.

The case of Grupo Hotelero Urvasco v Carey Value Added [2013] EWHC 1039 (Comm) is the leading English authority on the interpretation of MAC clauses.  The court held that in relation to the MAC clause:

In Cukurova Finance International Ltd & Anor v Alfa Telecom Turkey Ltd (British Virgin Islands) [2013] UKPC 2 (30 January 2013), the Privy Council held that Alfa was able to invoke a MAC clause.  The event that Alfa relied on was the making of an arbitration award that had the potential to result in significant damages being awarded against Cukurova.  In this case, the occurrence of the material adverse change was dependent on the opinion of Alfa, which made it the "judge in its own cause".  However, the court had to be convinced that Alfa's opinion was honest and rational.  This is an example of a case where the wording of the MAC clause put a party (Alfa) in a particularly strong position.

Similarly, in the case of BNP Paribas SA v Yukos Oil Co [2005] EWHC 1321 (Ch), the claimant banks declared an event having a material adverse effect where Yukos' assets had been frozen by order of a court and had suffered judgment in the sum of $3bn.  The court held that there was no reasonable prospect that Yukos could demonstrate that this declaration of a material adverse effect was unreasonable in the circumstances.

In Kitcatt v MMS UK Holdings [2017] EWHC 675, the court considered a MAC clause using the words "material adverse impact".  It was observed that what counts as "material" would involve an exercise of judgment and might, in a marginal case, be a point on which views could reasonably differ.  This suggests that while the MAC clause may be deliberately drafted as a catch-all provision, it could be sensible for a non-exhaustive list of examples to be added.

Given the current situation, sellers may be reluctant to agree to a MAC clause.  At the same time, buyers may insist on one if the transaction requires a split exchange and completion.  The bargaining power of the parties will go a long way to determining who wins out.  Either way, the drafting of such a clause and the ability to trigger it will be a key focus for all parties.

It is inevitable that the COVID-19 pandemic will have significant financial consequences.  However, whether current events would trigger a MAC clause will ultimately depend on the factual matrix and the wording of the MAC clause.  The lack of cases where English courts have interpreted MAC clauses increases this uncertainty.  As far as we are aware, to date the English courts have never been asked to decide if a MAC provision has been properly invoked as a result of epidemic or pandemic events (for example the SARS epidemic in 2003, the swine flu pandemic in 2012 or MERS outbreaks starting in 2012).

The leading English authority, Grupo Hotelero Urvasco, (see above) suggests that material adverse change requires a permanent impact rather than a temporary one.  Although assessing that position may be less than straightforward, since it appears it is very hard to predict how long the pandemic (and its effects) will last.  The availability of the government's financial assistance to companies may also affect the position.  It is more likely that a MAC clause can be engaged in the current situation where it has been specifically drafted to include deterioration in the target company's business and general prospects within a defined period of time (for example that financial year).

It is also worth bearing in mind that parties who entered into transactions after the start of the COVID-19 pandemic may find it harder to invoke a MAC clause as they will need to show that there has been a material change that they did not know about at the time they entered into the agreement i.e. that while they were aware of the pandemic, the circumstances surrounding it have themselves materially changed.  Finally, a party thinking about declaring a material adverse change should be aware that if they wrongfully declare this and engage a MAC clause they risk becoming liable to the other party for a repudiatory breach of contract, which could have expensive consequences. 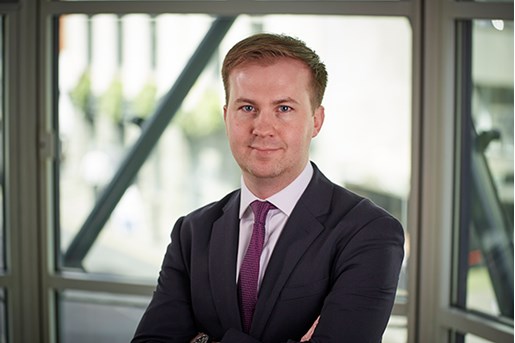 Use this business support checklist to help you deal with the current unprecedented conditions impacting businesses around the world.