This year has been one of the toughest in recent times – particularly within the care / social care sectors.  That, coupled with Brexit, has meant that most organisations have had to grapple with a wealth of information.

In this article we will explore some of the key immigration and employment issues that is worth having on your radar.

What impact did Brexit have on immigration law?

On 31 January 2020, the UK left the EU and important changes to the immigration system were set in motion – one being the end of free movement of people between the EU and UK. Under the current system, EEA citizens are free to enter, reside and work in the UK with very few restrictions. However, from 1 January 2021, a new points based system will be introduced – applying to both EEA and non-EEA citizens alike who come to the UK for the first time from that date.

The new regime introduces a 'skilled worker' route into the UK. Under such, a migrant applicant must score 70 points to potentially be eligible for a 'skilled worker' visa, 50 of which are achieved through compulsory criteria, namely: having a job offer from an employer with a sponsorship licence, and for a job that meets the appropriate skill level (A-Level equivalent) and attracts a salary of at least £20,480. Applicants must also speak English to a good level.

The remaining 20 points are achieved by satisfying all, or a combination of, the optional criteria including higher salary thresholds and/or the job being on the Shortage Occupation List.

As outlined above, one of the compulsory requirements is that the migrant's perspective employer holds a sponsorship licence. The cost of applying for a sponsorship licence is £536 for small or charitable sponsors and £1,476 for medium and large sponsors. In addition, the sponsor is also responsible for paying the Immigration Skills Charge for each migrant.

As a sponsor, the employer is subject to a number of duties, namely:

We have extensive experience advising on the responsibilities of sponsors and can provide assistance should you need further information.

The SOL is a list of occupations in respect of which there are not enough resident workers to fill available jobs. The advantage of applying for jobs on the SOL is that the salary threshold will be £20,480.

Earlier this year, the Home Secretary commissioned the Migration Advisory Committee (MAC) to review the SOL. In their report, MAC noted that the sector suffers from labour shortages, an issue which has only worsened during the pandemic (with demand for care increasing, but the appetite for such roles decreasing). As such, MAC recommended that several jobs be added to the SOL, including: residential, day and domiciled care managers and proprietors, nursing auxiliaries and assistants and senior care workers.

However, in her response to the MAC report released on 22 October 2020, the Home Secretary confirmed that she would not be implementing any of MAC's recommendations until the impact of the pandemic and Brexit on the UK labour market could be assessed.  It remains to be seen in the coming months what, if any, action will be taken in that regard.

What about EEA citizens who are already in the UK?

The situation is slightly different for EEA citizens who move to the UK prior to, or during, the transition period.

Until 31 December 2020, the UK will continue to benefit from the free movement of citizens. However, EU citizens who enter the UK prior to this date and wish to remain thereafter must submit an application for settled or pre-settled status under the EU Settlement Scheme. Once obtained, individuals will continue to benefit from many of the same advantages as under the free movement regime - including the right to work in the UK.

The deadline for applications for those eligible under the EU Settlement Scheme is 30 June 2021.

In light of the above, we have the following recommendations:

Conduct a workforce audit: our advice would be for all businesses (especially those in the care / social care sectors who traditionally employ a high percentage of EU/EEA migrant workers) to conduct an audit of their staff to identify all EU/EEA migrant workers who entered the UK prior to 31 December 2020. All such individuals will be required to apply for settled or pre-settled status under the EU Settlement Scheme on or before 30 June 2021.  If they do not they will require sponsorship to continue to work in the UK.

We can assist with advice around how the EU Settlement Scheme works in practice (including right to work checks), the application process, and any communications which need to be sent out to the affected employees.

Apply for sponsorship licences: as outlined above, one of the compulsory requirements under the points based system is for the migrant to have an offer of employment from an employer with a sponsorship license. If you intend to employ migrant workers coming to the UK for the first time next year (either from outside of the EEA or those from the EEA who come to the UK for the first time from 1 January 2021), we would recommend commencing the application process for a licence now so as to avoid the inevitable rush later this year.

We have extensive experience of the sponsorship process and can provide advice on the application process, your continuing obligations as a sponsor (which include: record keeping, reporting and cooperating with the Home Office) and the process of sponsoring a migrant worker thereafter (including eligibility and the process for obtaining Certificates of Sponsorship).   We can also assist with the process itself including preparing and submitting the sponsorship application and liaising with the Home Office.

Labour shortages and high staff turnover in the care / social care sector mean that there is a high reliance on temporary workers, including agency and zero-hour contract workers. According to the Health Foundation, 5% of those working in the care sector in the UK (8% in London) are bank, pool or agency workers, and an average of 24% are on zero hour contracts (42% in London).

During the pandemic, the use of temporary workers in the care / social care sector has been a concern – with many reports showing that the movement of staff between care homes is helping to spread the virus.

Addleshaw Goddard has extensive experience advising on the engagement of agency and zero hour contract workers, including advice on worker status, and their respective rights. We can also assist in drafting and advising on agency agreements and contracts of employment.

On 5 November 2020, the government announced a further extension to the Coronavirus Job Retention Bonus (furlough scheme), which will now run until March 2021.  During this time, employees will continue to receive 80% of their salary from the government for time not worked (up to £2,500).

We are able to provide advice on the furlough scheme, including the process for applying and eligibility.

In July 2018, the Court of Appeal delivered its judgement on Royal Mencap v Tomlinson-Blake - whereby it determined that on-call sleep-in workers were only entitled to the national minimum wage for the time they spent awake working. The case was appealed to the Supreme Court in February 2020, but a final judgement is still awaited.

The appeal decision will have a huge impact on businesses who engage sleep-in shift workers, with estimations suggesting that the care sector will be liable for £20 million in backdated pay should the appeal be allowed! 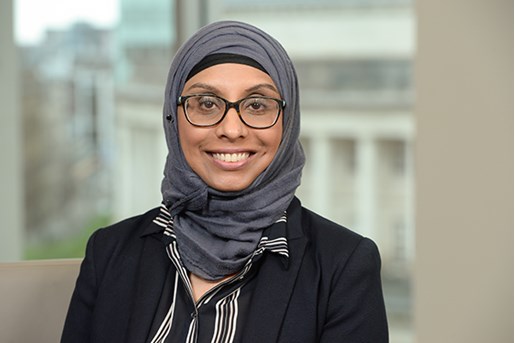